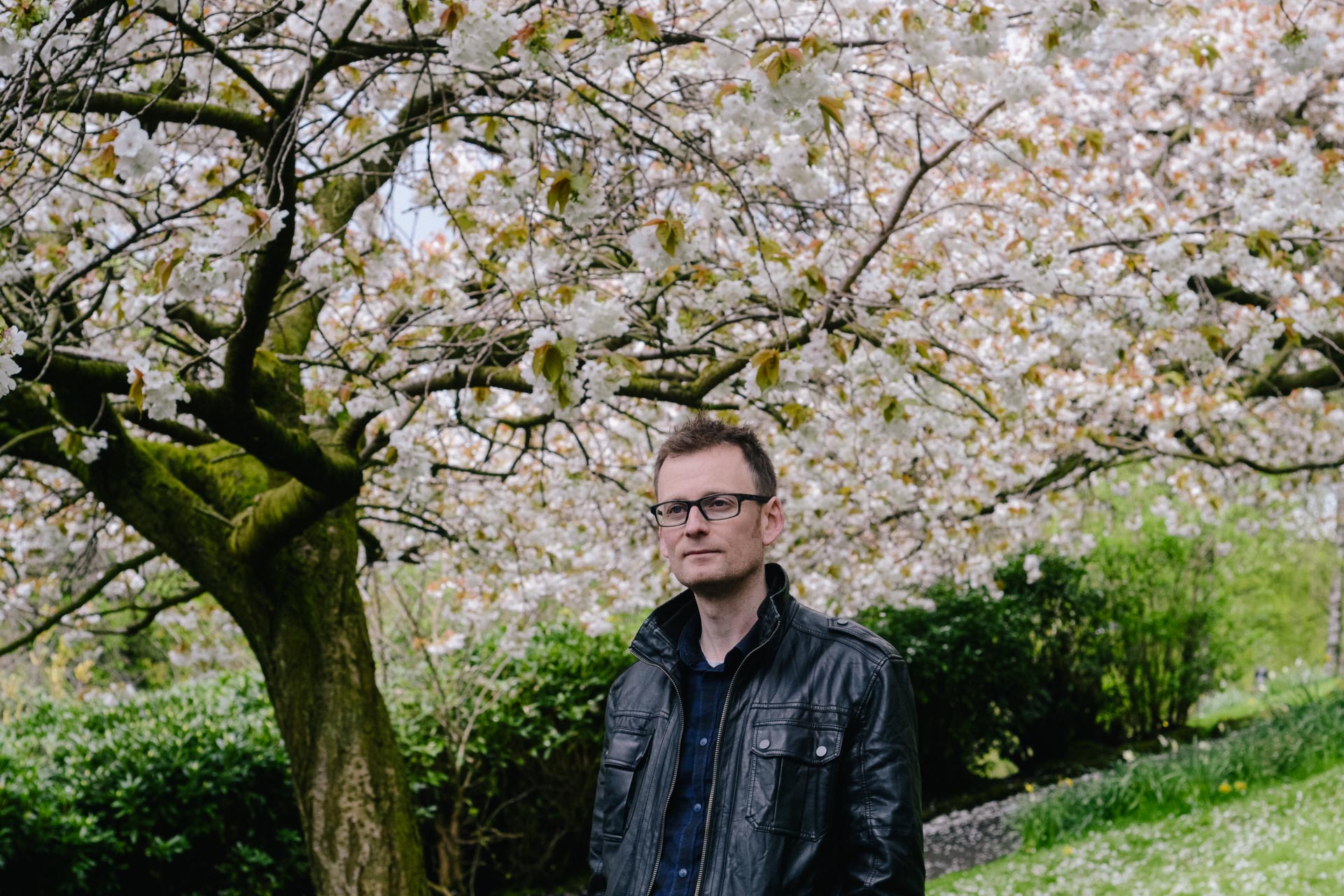 Earlier this week I dreamed of walking through Glasgow’s Kelvingrove Park. I looked at the wild squirrels, sat on a bench, ate a curry at Mother India’s Cafe, strolled through the Art Gallery and had a coffee at Artisan Roast on Gibson Street. Then the coffee woke me up, and I realized I was in Utrecht, with no idea when I could visit Glasgow again. But, I did still have this session that I filmed with John Alexander, in Kelvingrove Park surrounded by blossom. We filmed Who Why When and a cover of Tom Waits’ Walking Spanish.

Not a word wasted.

When asked why he picked this song to cover, John Alexander replied: “I love Tom Waits’ songwriting. Each song could be a movie starring Pacino and DeNiro. His characters and plots along with his junkyard sounds of blues and jazz are exactly the style of music I enjoy. Like a full bodied Islay whisky, his songs have depth, flavour and colour.”

“This song in particular paints a grim picture of someone on death row being forced to take their final walk, every line with a meaning and not a word wasted.”

When I first visited Glasgow in 2009, I already filmed a session with John Alexander. In Paul Tasker‘s appartment to be exact. I think there was even a duet with Doghouse Roses‘ Iona Macdonald. But, I filmed about fifteen sessions in six days, and when I finally wanted to edit that session a while later, there was something wrong with the recordings. I’ve felt bad about it ever since, everytime I’ve seen John since. Sorry again John! But, I’m really glad we got another chance to film.

Fun fact: this session was filmed on the same day as Farmer & Lewis‘!

Thanks
The Glasgow School of Art
Craig Laurie
Paul Tasker