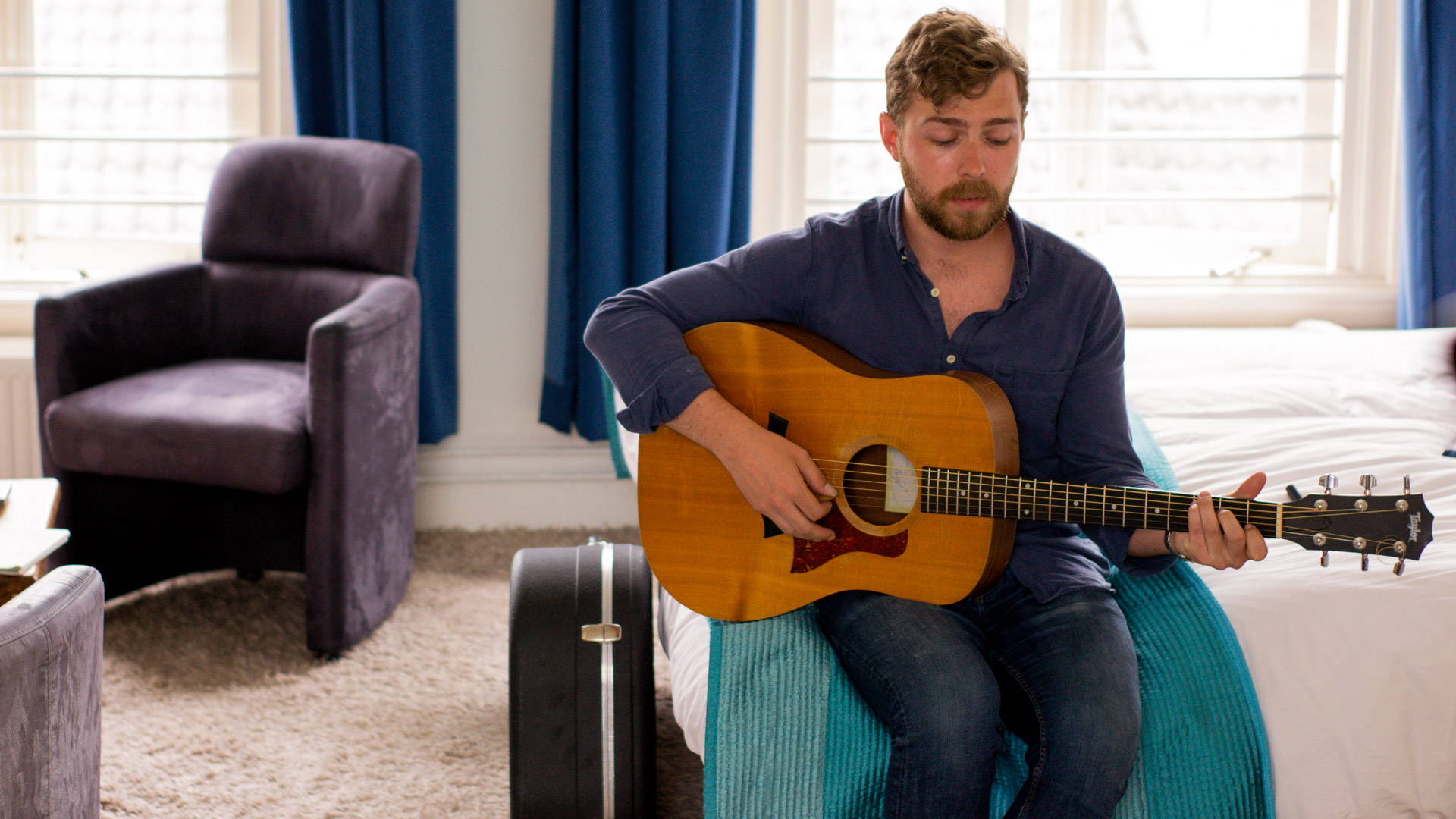 Do you still know what day it is? I don’t, half of the time. I do know it’s Thursday though, because I’m posting a new video. About a year ago, Scottish songwriter Ryan Joseph Burns was in Utrecht and as always, we ended up filming songs. You’ve already seen the Hickory Wind duet with Demi Knight, but we also filmed this stunning cover of Courtney Marie Andrews’ brilliant song How Quickly Your Heart Mends.

“I couldn’t tell you the exact time or place in which I first heard Courtney Marie Andrews for the first time. It could have been on Another Country with Ricky Ross, but I can say that How Quickly Your Heart Mends was the first song I remember hearing, I’ve been in love with her music ever since. Her voice I suppose is the first thing that grabs you, but I find the lyrics and pacing within the melody so captivating. I love the juxtaposition of the melancholy found in the story she tells of someone you once loved living their life without you, set to the backdrop of such a fun and uptempo arrangement, it’s a classic country technique but I think this is easily my favourite of that ilk, I hope I’ve done it justice.”

“Her voice is so full of power, she sings with so much soul, she has easily one of my favourite voices in the world at the moment. You hear it even more so, I think, on May Your Kindness Remain, both the song and the whole record, it’s a masterpiece. I hope one day I can find a way of working with Courtney on something, that would be incredible.”

A new Ryan Joseph Burns record is on its way.

Since the release of his debut Absence and the following EP with Robert Burns songs and the touring that followed, Burns has been relatively quiet in the recent past. Although he did release an anti-Brexit protest song that was written by his father and accomplished painter Gerard M. Burns. Behind the scenes he’s been working away, just like his debut lp, writing and recording new songs, he explains.

“I’ve spent the last few years working on my new record All My Fears and can’t wait for people to hear it, it’s so nearly finished and I just want it to be out there already. There’s been a maturing in myself and my music since the release of Absence and I feel the record reflects that. Since the first record I’ve become a father for the first time, the inevitable worrying-about-the-world that accompanies that is displayed in the title and throughout some of the content (it’s not just a list of my fears), I think it’s a really beautiful record, I hope people do too. There’s no release date at the moment but it will certainly be out this year. Maybe Courtney and I can sing together on the next one, I’d like that very much.”

In case you haven’t heard of Courtney Marie Andrews yet, what the hell have you been doing with your life? I’m only half kidding. But seriously, you’re in for a treat. Start with Honest Life, then listen to May Your Kindness Remain, the two new singles If I Told and Burlap String (out today!) and work your way back to her older records from there. Her new record Old Flowers is set for release on June 5th 2020. Andrews is one of the best modern day folk writers around, with an exceptional voice to sing the words she writes. But don’t take my word for it, ask Brandi Carlile, The Tallest Man On Earth or Damien Jurado; they’re all fans.

Andrews has recorded two sessions for The Influences in the past. The first in 2014, including covers of Blaze Foley, Neil Young and The Grateful Dead. The second was in 2018, just before the release of May Your Kindness Remain, and she recorded the title track, Took You Up, and a Hank Williams cover.