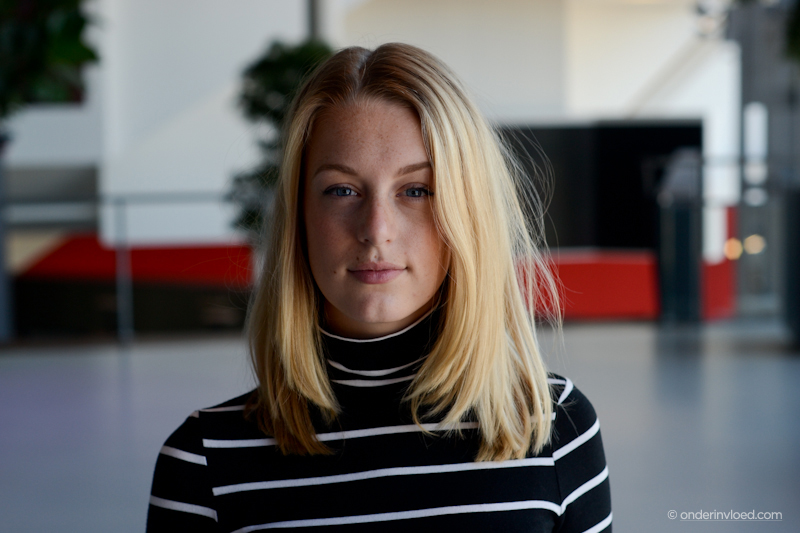 Although still only 19 years old, Demi Knight says she has discovered her own style and sound. The country singer from Tiel – who in everyday life listens to the name Demi de Ridder – self-released her debut EP Songs About Unfaithful Men in October, was featured in a national television show about young songwriters and for the first time in her life toured all over The Netherlands.

Read an interview with Demi Knight below the videos. This session was recorded at music venue TivoliVredenburg in Utrecht.

‘The Sugarland and Miranda Lambert covers are songs I learned when I started singing and playing guitar. I wanted to record two songs that started things off for me. Loretta Lynn’s You Ain’t Woman Enough is part of my live set, because it fits with my own songs very well. I started learning how to play guitar when I was twelve, thirteen years old. First on my dad’s old guitar and when I felt confident enough, I bought my own. It all went rather fast; it turned out I had some talent and I enjoyed challenging myself to learn more and more. I taught myself how to play, using chords to songs from the internet and my dad’s book about chords. I kept practising until I could play those songs.’

Whoever hears Demi Knight sing, won’t have to think all that hard to find out what music genre has her affection. It’s country, all the way. Just like her first guitar, this particular genre turns out to be an inheritance from her father. ‘My mother listens to ABBA for instance, but my father got me excited about country, soul and blues. On the top floor of our house is my bedroom and his room full or records, so ever since I was young I could hear the music he was playing. Apparently that has left its mark on me, because I loved it and started listening to it as well.’

When I had started playing guitar, I began exploring music to find out what I liked and what I didn’t. First the songs my father played, but looking for songs on the internet, I somehow stayed with country, because I really loved it. I didn’t get into the very popular music from the charts, but into Taylor Swift, Miranda Lambert and Carrie Underwood to name a few. I liked more modern country than my dad’s favourites, but still. He gave me tips when he heard me listening to country music all the time. I liked the lyrics and what they stood for, and felt that my voice suited that style well.’

‘I used to sing every now and then during primary school and noticed that I sounded a little nicer than some others, but I think I only really realised I could sing when I was playing guitar.’ Knight’s taste has developed beyond the borders of the country genre in the years gone by, of course. ‘I listen to more than just cowboys’, she assures with a smile. ‘I also listen to R&B and soul, for instance, but when it comes down to what I really love, especially when lyrics are concerned, I keep coming back to country. It’s become a part of me. I can listen to the real old country all day.’

Knight was writing her own songs almost immediately after picking up her dad’s guitar. ‘I was learning all these Taylor Swift songs and knew she had been writing ever since she was really young, so it seemed logical for me to do the same. I wanted more than just singing other people’s songs. I can’t understand why these people on shows like The Voice want to become famous by singing someone else’s songs. I started writing as soon as I could play a few chords. Of course my first songs were heavily influenced by Swift, but they developed over time, I found, by learning more chords, playing with others and discovering new things. I found my own way and sound, although it still took me long enough. Only this past year I feel that I’ve really been writing the sort of songs I want to make. I’d like people to recognize me when they hear my music.’

‘I’m lucky to know what I want to do and that helps a lot when I have to decide if a song I’ve written is good enough and suitable with what I want to be doing. During De Beste Singer-Songwriter van Nederland I performed with a band for the very first time and of course that didn’t go the way I had hoped.’ Knight forgot a part of the lyrics to the song she had written that week and was performing with the band. ‘I didn’t know how to indicate what I wanted to the band and I was probably a little afraid to as well. In the end it doesn’t matter too much, because I’ve learned from that. I’m a lot further now. It’s just a shame it had to happen on national television’, Knight concludes with a laugh, clearly not that bothered anymore.

This autumn she’s been touring all over the nation as one of many acts during the traveling Dutch festival Popronde. ‘I’ve learned a lot. It was really nice that almost all the people who showed up came to see me play rather than by coincidence. I learned what it could be like if this ends up to be my life, with multiple shows each week. It’s great that I now have a clue how to deal with the financial and organisational aspects.’

There was a demand for a recording, especially at shows, but before this summer Knight had no supply. In October she released her debut EP Songs About Unfaithful Men, with five songs. ‘Especially after the television show people wanted something to take home. I worked all summer to make sure I’d have something to put out. I already knew what songs would go on it so we recorded them in a studio in my hometown; the producer is a friend of my father. Two brothers I’d known for a long time recorded the bass and extra guitar parts and brought along a drummer. It was a really nice experience to have with familiar people, because it was all so new to me. They also offered to play live with me, which we’ve tried once during the Popronde and really liked. I feel like that will be the next step for me.’