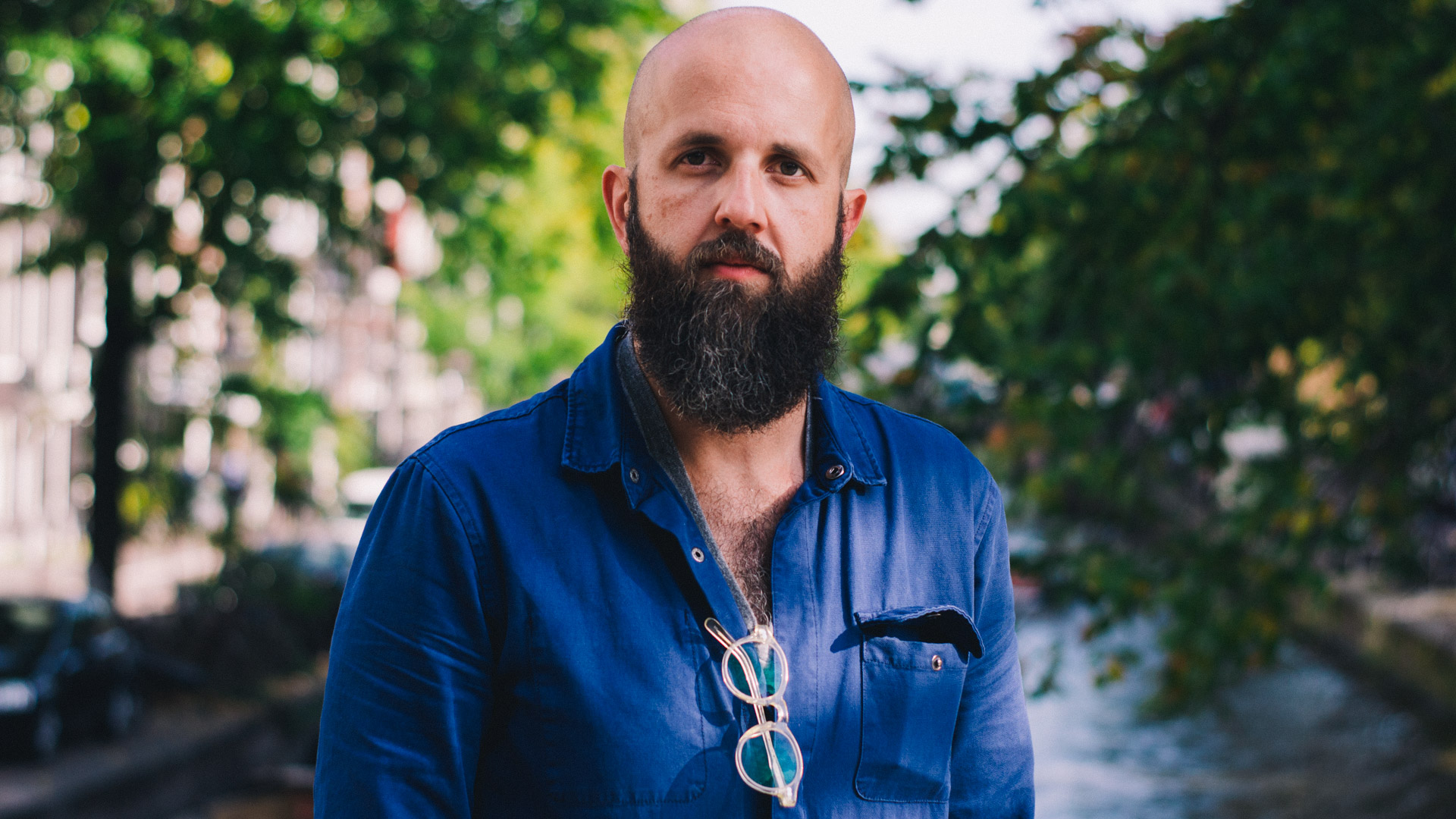 Usually when I interview someone, I go in pretty well prepared. I never have questions written down or anything like that, but I’ll have read things and have an inkling of what I’d like to talk about. Not this time. I had focused mainly on filming the session with William Fitzsimmons, but when we sat down at the Backstage Hotel in Amsterdam to talk afterwards, it didn’t take much to get deep into conversation with the songwriter who was born in Pennsylvania. It started with pretty much a ten-minute monologue about his love for Tom Petty, whose Learning To Fly he’d just covered.

Norwegian songwriter Ole Kirkeng supported Tuttle on a recent tour and volunteered to write a short guest essay for us. Read it below in between the videos.

“In high school I started listening to classic rock radio, that was my rebellious stage. Because I grew up with folk music mostly, with my mom. Wonderful stuff, although some of it was… She didn’t go on the edgy side, but on the cheesy side like Peter Paul and Mary. Which is fine, it’s lovely, but I wanted something with a little more edge. So, I heard Led Zeppelin, Bob Seeger, and others. But Tom Petty always stood out. There’s something actually really vulnerable in his music that even though it was rock, nothing about it felt overly sexualized or in your face. He wasn’t trying to melt you with his power, you know. It’s just real sweet.”

“I never knew the guy and tragically of course he passed, but I don’t think anybody could name anyone quite like him. You can name a better singer, a better guitar player, or someone who’s better at all those things, but nobody ever did it exactly the way he did. And my god, his greatest hits cd is like twenty-two songs or something! They could have done twice as much, easily.”

Fitzsimmons is hardly the first folk musician I know who loves classic rock. It’s too many now to be a coincidence. “It’s the shadow self. Yin and yang. The other side of the personality. Why do I like Led Zeppelin so much? The solo in Whole Lotta Love, that’s the coolest thing I’ve ever heard in my life. There’s nothing soft or lovely about that. It’s powerful and beautiful. I think it’s getting something out… Like actors want to be musicians, musicians want to be novelists… Michael Jordan, the greatest basketball player that ever lived, started to play baseball. I guess people just want to stretch. Maybe even more so with creative people, that you get bored and you want to do something that’s a little more challenging.”

“I don’t have any other creative outlets like hobbies, but I have things that I’m deeply interested in. I love mountaineering, I’m kind of obsessed with Jon Krakauer, the seven summits. High altitude mountaineering. I have no idea why; I just think it’s fascinating and I love reading about it. I would never do it myself, god no, I’m a smoker and a drinker; I would die. I’m just drawn to it. I love science fiction, I love horror. I read a lot. I enjoyed academia, and I wrote a lot of papers when I studied Psychology. I have a master’s degree in mental health counseling. Psychology is a passion too. But none of my other pursuits are active or physical. They’re all very mental, intellectual. I like going into different worlds, I guess. To me there’s nothing better than reading a book or watching a movie that you really disappear into. Even if it’s a comedy. But when somebody creates a world for me to disappear into. Sometimes I get obsessed, sometimes it’s not healthy because you don’t want to come out of that world again. With the Hobbit, I don’t want to leave. Because it doesn’t hurt. There’s no pain inside that world. There’s pain out here.”

“I think everyone has their own version of that, some ways are more functional than others. When you’re reading a book, everyone thinks it’s great. If you use alcohol or sex, that can become tricky. It’s still dangerous though, because you have to face live. Sometimes I don’t want to face live on its own terms. A dear friend of mine said: ‘Nobody does man! You’re not the only one. But this is what we do.’ You have to make the choice to live, be present and to be of service to other people. Or not, give up and hurt people.”

‘Real life is a son of a bitch’

For a minute we discuss my own history with chronic health issues and pain medication and one day deciding to make a change and focus my energy on the little things I still could do rather than all the things I couldn’t. Fitzsimmons nods: “It’s a singular choice, but also a constant choice you have to make every day you wake up. I need things to push me out of those places, I don’t have the will to.”

“There’s a really incredible author, Pema Chödrön, she’s a Buddhist monk. She talks about that spiritual enlightenment is not an ascension, but it’s a descension. People in a lot of religions they look at enlightenment like climbing a mountain to the top. Like you’re at the top of the mountain, alone, and you’ve finally realized who you are, and the meaning of life. She says we actually start at the top of the mountain, and spiritual development and growth is about coming down the mountain and being there with other people. I don’t want to misquote, but the goal for her is being able to truly connect with other human beings. To have that empathy. Not just being nice to people for other reasons. Being of service to humanity. I don’t know, I was kind of blown away by that idea, because I still thought the other way. Real life is a son of a bitch. But boy is it wonderful at molding us, if you let her.”