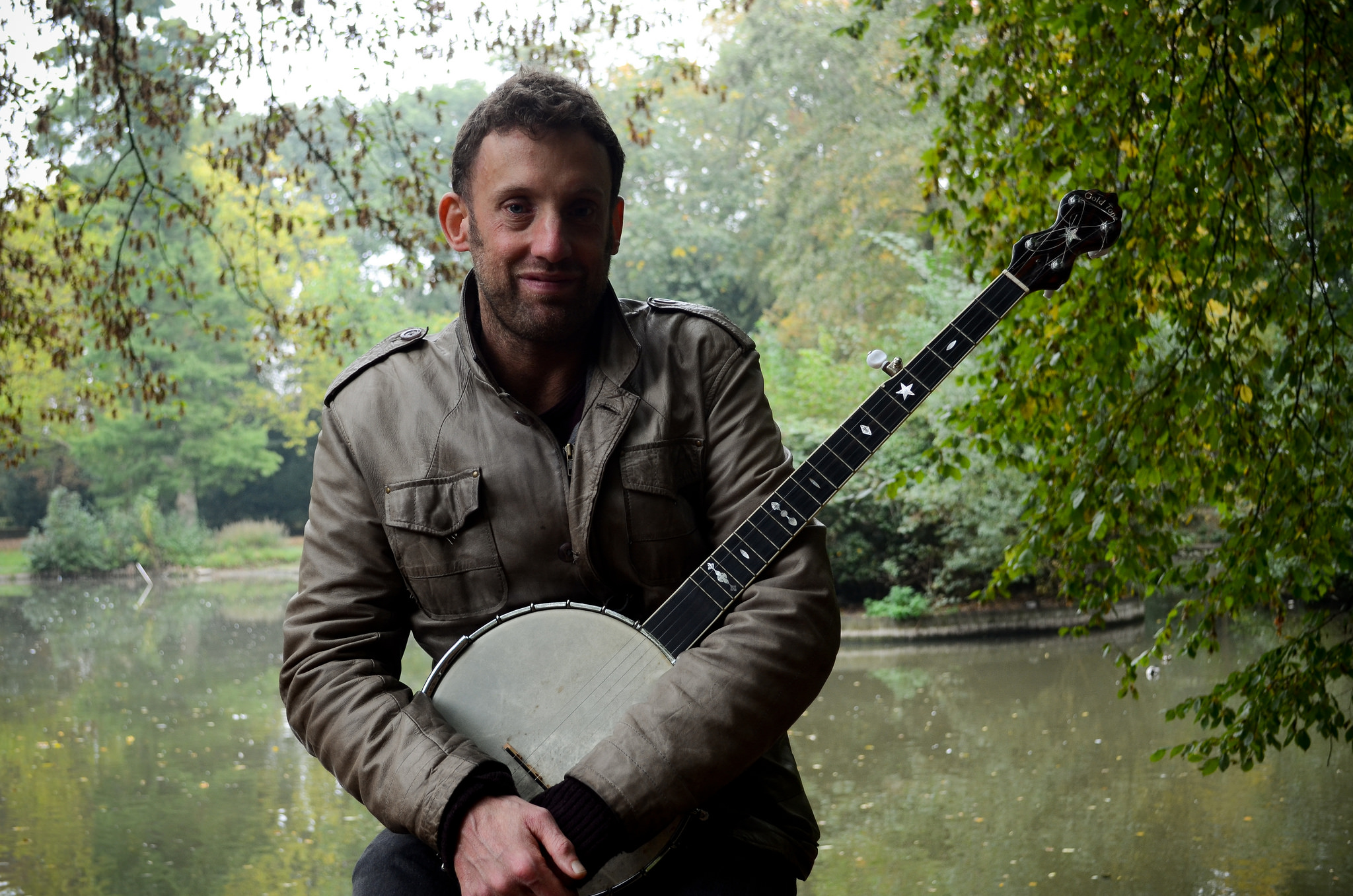 “Finish up and go home!” When the pub’s bouncers have shouted at us at least ten times and we finally finished the drinks they served us five minutes earlier, only one challenge remains: to walk through the drunk people on Sauchiehall Street and over the hill to Paul’s flat. It’s a steep hill and my Dutch legs are still not very much build for it. I once witnessed a drunken guy fall down that same hill, from top to bottom, leaving behind a trail of blood in the snow. The pub in question usually is State Bar on Holland Street and the hill usually proves too steep that late at night, forcing us – sometimes after a half-arsed attempt – to walk all the way around it.

Having arrived in Paul’s flat, he fills a couple of coffee mugs with whisky, just enough so a couple of drops end up on the floor, and starts to fiddle on a guitar or banjo. Whichever one’s nearby. It’d be a shame not to drink it, so I just sit on the sofa and get treated to a free concert of old and new songs and tunes, melodies he’s been working on – or struggling with – for a while and an incidental AC/DC cover. This has almost become a ritual. Sometimes a new song arises, recognisable by the approving murmur it is greeted with.

Even from the guest bed room down the hall, my usual Scottish residence ever since my first visit to Glasgow in 2009, I hear an occasional ‘get in’, ‘fuck yes’ or ‘horse it on’, coming from the living room. All three of the above roughly mean the same thing. Time to sleep. For me at least, because the next morning when I’m looking for the toilet, still sleep-charged, I still hear the same noises. You can only stop Paul by putting coffee and breakfast directly in front of him.

I first met Paul Tasker in 2008 while filming a documentary on the Welsh songwriter Davie Lawson, who was touring in The Netherlands with Paul as his guitarist. That same week Paul fell down a flight of stairs in my house, leaving Davie and me standing on the top of it, looking down like in some sort of cartoon, thinking Paul had met his maker. After a short while we luckily hear the same growling sounds I now recognize as him playing a wrong chord. I’ve stayed in Glasgow regularly ever since and Paul’s often toured in The Netherlands, mostly with his folk duo Doghouse Roses.

There aren’t many better folk guitarists around than Paul Tasker, however subjective such a statement might be. He’s often compared to his great hero and influence Bert Jansch or named ‘one of the guitarists of his generation’. You’d think I would have gotten used to his talent, having witnessed it so many times, but the opposite is true.

In spite of all that, I had some doubts his instrumental solo record would ever see the light of day. Paul had been working on it for years, or at least had been planning to record it sometime soon. Things came up. Bills had to be paid and so he stuck to giving guitar and banjo lessons, from early in the morning till late at night, sometimes seven days a week and often without any breaks or meals in between. Imagine Lionel Messi teaching beginners how to kick a ball, non-stop, without pretty much ever getting to play him self. I don’t really know or understand how Paul has managed to carry on, to be honest. Both being a teacher and a musician can sometimes be rather thankless occupations. It must be an unstoppable urge to write and play music; to pick up a banjo or guitar and create something new.

But he carried on, and in 2016 released not only the third Doghouse Roses record Lost Is Not Losing, but also – finally – his debut solo LP Cold Weather Music; an instrumental record harbouring so many of the melodies that are now so familiar to me. Recorded directly on tape, more beautiful than even I can remember hearing them before, and released on vinyl with stunning artwork by Whisky and Milk’s James Morrison. The artwork ‘complements the apparently limitless range of this Glaswegian guitarist. Steeped in the fine traditions laid down by Jansch and Fahey, there’s much to marvel at’, according to Acoustic Magazine.

I figured I’d quote one of the many raving reviews Cold Weather Music got, so you can see it’s not just me who loves it. But who cares, this isn’t by any means an objective article; it’s a personal story about the inexhaustible talent and perseverance of a brilliant musician. An often growling, headstrong Scotsman, who I’m lucky enough to call my friend.

This is a story that I could actually write about many musicians I know, who aren’t necessarily awarded Grammys or played on the radio. Musicians who create beautiful songs because they have to, often written in between breaks of doing other – sometimes shitty – jobs just to be able to keep doing this. Let’s reward them the next time you open Spotify, by not just clicking on some crappy random ‘Songs that go well with your Frappuccino’ playlist, but by actively putting on a record by someone like Paul Tasker and, if you find yourself enjoying it, go online or rather walk into a record store and buy the album on vinyl, cd or a bloody floppy disk if that’s what you’re into.

It’s important that artists, who’re creating things of beauty, are encouraged to keep going, to create more instead of getting beaten down and disappointed and forged into a soulless desk job. It’s important that we don’t forget to support the musicians we love, if only because they sometimes make their own lives immensely heavier just to enrich ours.

Please listen to Cold Weather Music, buy the vinyl and watch this banjo cover of Pink Floyd’s Wish You Were Here. Filmed in the Julianapark in Utrecht in October 2016.

Wish You Were Here (Pink Floyd)