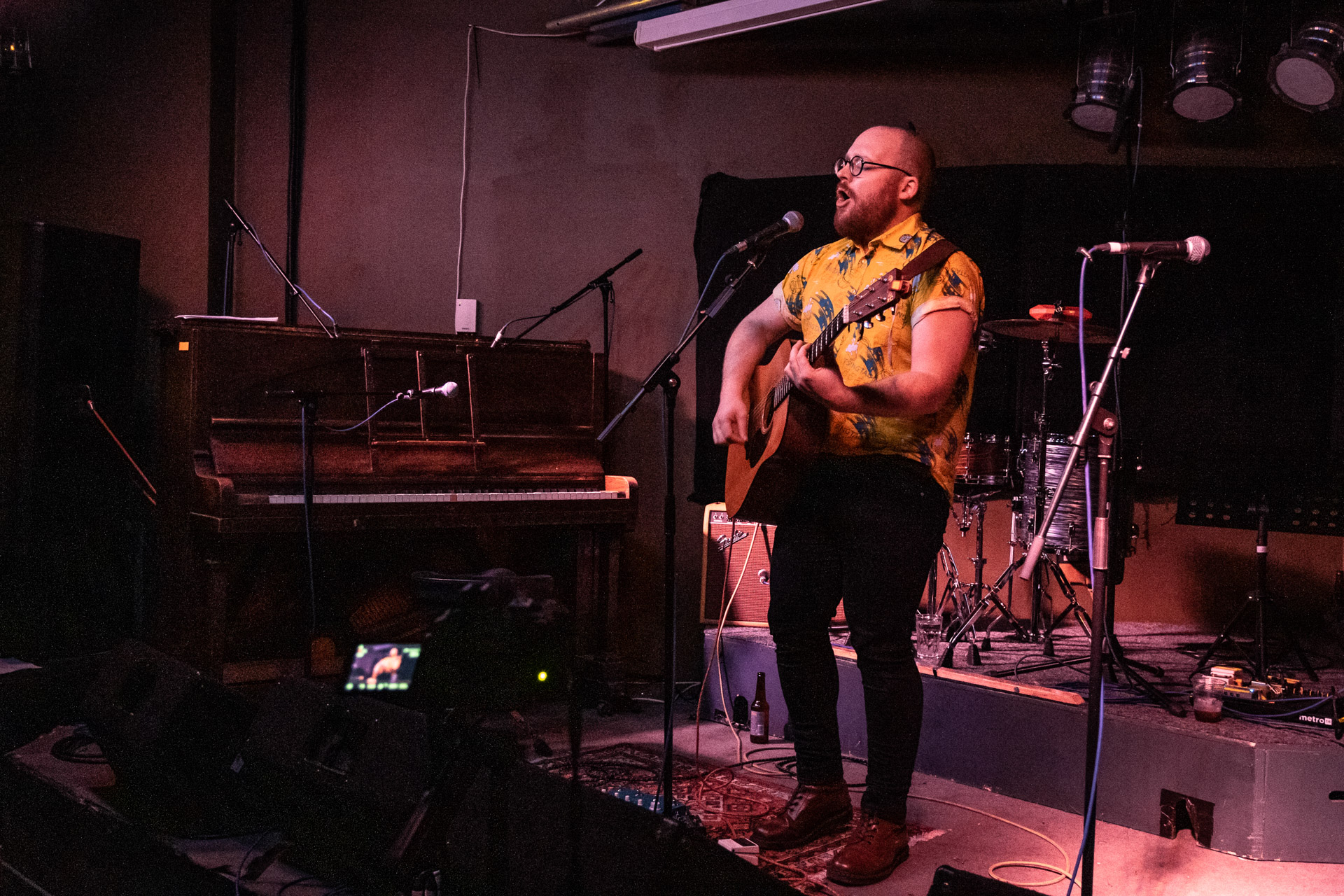 “You know me so well, write anything you want about me.” Ross Clark’s text message was pretty clear – I’ve got carte blanche. So, the first time I met him in Glasgow, back in March 2009, I wasn’t sure I liked him very much. And I had no idea what Clark thought of that weird Dutch guy either. Pretty much all I knew was that the session we had just filmed in the upstairs of Oran Mor was really good.

But, since then we’ve worked together many times and became – I dare say – very good friends. I like him a lot now and he thinks I’m sort of okay I guess. He’s developed so much as a songwriter – through his years with Three Blind Wolves – and perhaps even more so after that band split and he became  Fiskur. This month he released Fiskur’s debut ‘Cold Hands, Burn Slow‘, a true masterpiece. Back in November 2018 he played our night at The Glad Cafe in Glasgow and we filmed a Velvet Underground cover and a song off the record.

To be completely honest, Clark has not had it easy these last few years. Three Blind Wolves ended, one of his best friends died, and the relationship he’d been in ever since I met him ended. Take all that, and the fact that he had a lot of free time to spend in a lonely hotel room in China in between shows and tasting the local cuisine – and you can imagine where the songs on ‘Cold Hands, Burn Slow’ came from. It’s not easy when friends in other countries are going through a tough time, but to see Clark come out on the other side with this stunning record (and – a lot more – tattoos than on these videos) makes me a very proud friend. And to be honest, if you don’t like this record, please never speak to me again. Ha.

“The Velvet Underground has always been with me.”

Clark also sent me a couple of lines about his love for The Velvet Underground: “I adopted many influences when I started making music, the various bands I have played in have been inspired by different artists and bands, which come through in their sound. The music of The Velvet Underground has always been with me throughout my life, influencing my music and my life in several important ways. It’s music that picks me up and drags me around in the best way. And Lou Reed writes so honestly throughout his career, in The Velvets he introduces a way of making the underworld seem romantic and cathartic, that I find truly captivating.”

About two weeks before this live show in Glasgow, we met up in Amsterdam and filmed a Frightened Rabbit cover. Watch it here.