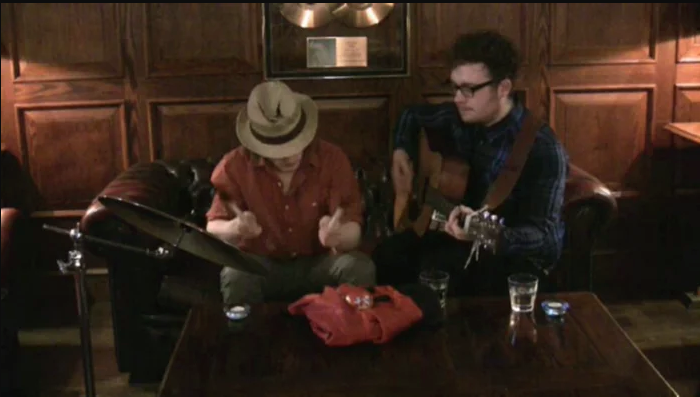 From the 16th till the 23rd of March, sound engineer Ro Halfhide and I visited Glasgow, Scotland, to film sessions and footage for a documentary about the city’s music scene and history. After arriving on Monday night, Ross Clark was the very first musician – on Tuesday morning – to play a session. In a old church turned into a pub and music venue called Oran Mor.

Ross played songs by The Band and Elliott Smith and one of his own songs. All one-takes, despite having a bit of a cold. A perfect beginning of the Glasgow week.

Some photos of Ross Clark and Oran Mor can be found here.

The Weight (The Band)