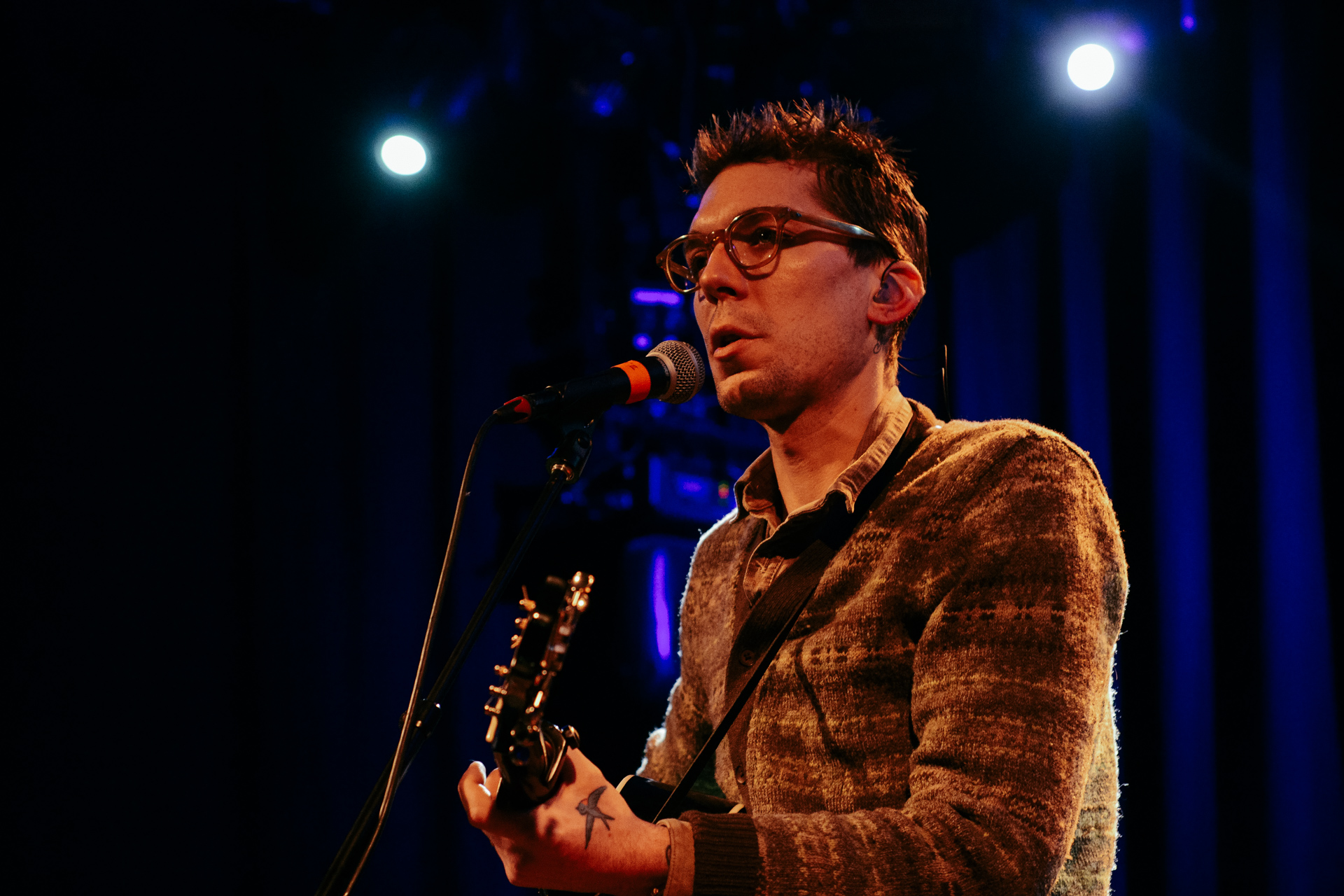 Earlier this week, Americana songwriter Justin Townes Earle died. He was 38 years old. It’s incredibly sad – first and foremost for his family and friends, and also for music lovers everywhere. We lost a great songwriter. Back in 2015, I met Earle at soundcheck in Paradiso Amsterdam for a session. Due to a miscommunication, I ended up with just some test footage, shot while setting up. But, we did take some photos and had a nice talk about a lot of things in the space of ten minutes. Of course I was disappointed we didn’t get the session we hoped for, so I had not looked back at all since. Until this week, and I was surprised to find footage of almost all of the cover of Fleetwood Mac’s ‘Dreams’ that Earle and Paul Niehaus played.

The shots aren’t amazing, mind you, I was just trying things out to decide how I’d film it later. And the audio is just what the camera recorded. But still, I think it’s worth posting. Because it’s beautiful and Earle deserves to get as many tributes as possible. Luckily, his label New West Records gave me the go-ahead.

In 2015, I was still pretty new to Justin Townes Earle’s music, but since then his records have been a regular in my house. ‘The Good Life’ (with Amanda Shires on the cover), Midnight At The Movies, Harlem River Blues – all released between 2008 and 2010 – formed a great start. And his my recent records ‘Kids In The Street’ and ‘The Saint Of Lost Causes’ might actually be some of his best, in my regard.

I won’t waste too many words, please watch the video and afterwards put on one of Earle’s records. All my best to his family, friends and colleagues.