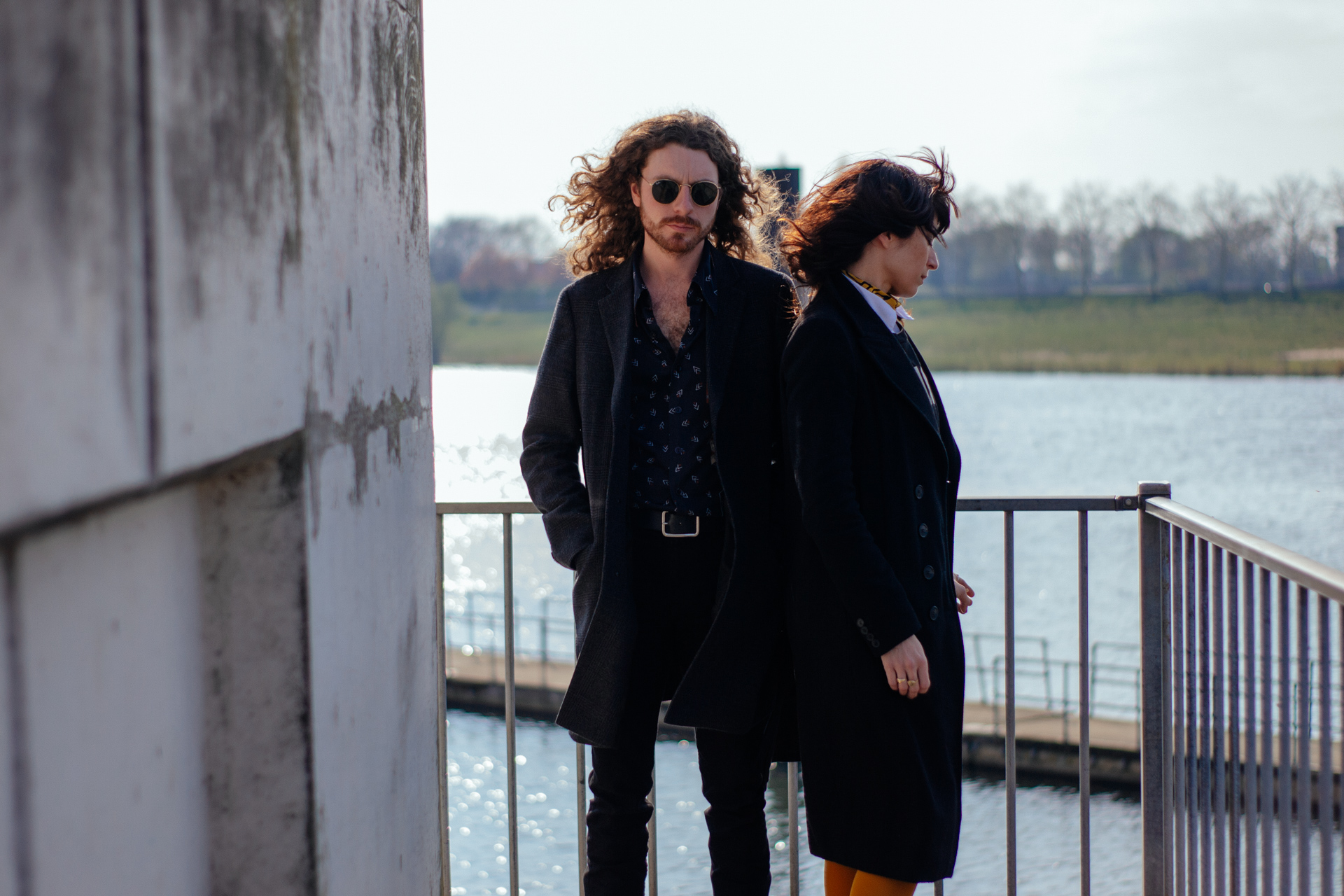 There aren’t many surprises and secrets left in life. Not of the good kind anyway. Remember when you’d read about an artist in some magazine, or just found an unknown song on one of the first obscure music websites? Or walking into a venue and seeing some artist you’d never heard of play? Because these days you’re able know what their mother does for a living within minutes. And you can check out a song or two before you’re at wardrobe. Everything just a few clicks or swipes away. As a result, it tends to bite off the pieces of wonder that those discoveries used to deliver. So, all the more reason to cherish the moments we still are surprised.

This is why I – after we finished filming Nicole Atkins‘ second session, which will appear soon – immediately said ‘yes please!’ at Atkins’ suggestion I should film her guitar player too. Ten minutes later, I had another session on tape and the musician in question, Davey Horne from Scotland, had a new fan. On this session, he played a cover of John Martyn’s ‘Over The Hill’ and his own ‘Sentimental Horse In The Rain’ – featuring Atkins on harmonies.

Something in the Scottish air.

Davey Horne lives in Fife, Scotland. He has toured in the United States and Europe as a sideman for Jonathan Wilson and Nicole Atkins, but this year he decided the time was right for him to venture out on his own – and release a record of his own songs. ‘Davey Horne‘ was released last Friday, August 7th. The record was produced by Atkins’ husband Ryan McHugh. And it features a couple of instant favourites for me, like ‘Sentimental Horse In The Rain’, ‘Take Me Back To The Country’, ‘Galvanise My Bones So They Don’t Rust’ and ‘Country Man’. There’s something really Scottish to his music, that I recognize from some of my Scottish friends’ songs – it must be something in the air. It’s a twist on folk music that seperates Horne’s songs from others.

“John Martyn has been a great influence on me over the years. I was first introduced to his album ‘Solid Air’ by a friend when I was younger, it instantly captivated me. His knack for melody, his unique guitar style and tunings was unlike anything I’d ever heard before. And I love the Fender Rhodes on that record. The record just has an incredible vibe and a sound of its own. Another favourite which is from his album ‘One World’ is ‘Couldn’t Love You More’. There’s a live version kicking about YouTube, check it out. Mind blowing stuff.

“Growing up I was heavily influenced by Paul Simon, Neil young and Bob Dylan. So, I’d say that’s how I learned to finger pick the guitar and it had a huge influence on my songwriting. These days I play piano as much as I play the guitar. I like how you can write in a completely different way with both instruments. I write songs on the piano I would never be able to write with a guitar and vice verse. And I’d say listening to a lot of Elton John’s earlier stuff, Jackson Browne, Brian Wilson and Leon Russell has influenced my piano style in a big way. I have a never ending list of influences, however, most of them are from the 60s and 70s.”

Location
Down by the River festival
Grenswerk, Venlo, The Netherlands