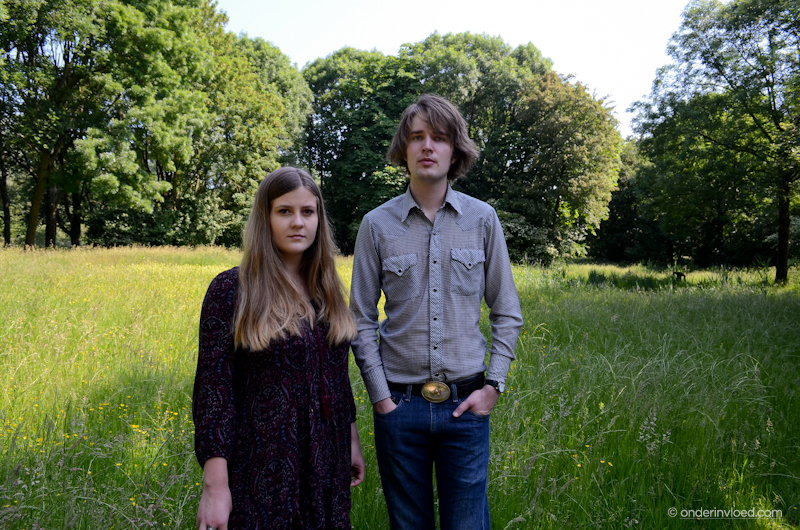 Second cousins Kacy Lee Anderson and Clayton Linthicum have been playing music together for over a decade and it shows. Joining together his strong and seeming effortless guitar play and her exceptional voice, you can’t help getting under their spell. Sure, Kacy & Clayton aren’t reinventing the wheel (yet), but why would you, if there already is one that works perfectly?

It’s hard not to think of Sandy Denny and Fairport Convention when listening to Anderson’s voice, but luckily there’s a lot more to Kacy & Clayton than just that comparison. Their songs are intelligent and sharp, the melodies and her voice gets under your skin. I love when great musicians are inspired by traditional music, in this case from Southern Appalachia and the British Isles, and incorporate it in to their own music.

Having been friends with the Scottish duo Doghouse Roses – who’re running a succesful Kickstarter campaign to fund their third album, planned for release in November – for over eight years now, of course their music came to mind as well, listening to Kacy & Clayton. It was no shock to find out DR’s singer Iona Macdonald went to see them in The Tunnels in Aberdeen a week before this session. Afterwards she sent me a message: “I think the girl is one of the best singers I’ve ever heard and (if there’s any justice) she will be really successful and become well known: A legend in the making potentially. I am just listening to their album at the moment and it’s pretty awesome stuff.”

Earlier this year – when we met up to film this session – the duo from the Wood Mountain Uplands of Southern Saskatchewan toured Europe supporting fellow Canadian Daniel Romano and this autumn they’re going on the road with Blitzen Trapper. It seems like they’re on their way up following the release of the stunning record Strange Country (produced by Shuyler Jansen) and rightfully so I might add. Their choice of instruments and production gave the record a very fresh feel.

After an early morning call and defying hay fever, Kacy & Clayton joined me in a park in the outskirts of Utrecht and played three songs that have been stuck in my head ever since. Should you get the chance of catching them live in your area, make sure to attend, because it can’t be long before they are upgraded to the big venues. I for one am excited about all the music we are likely to hear from the duo in years or decades to come.