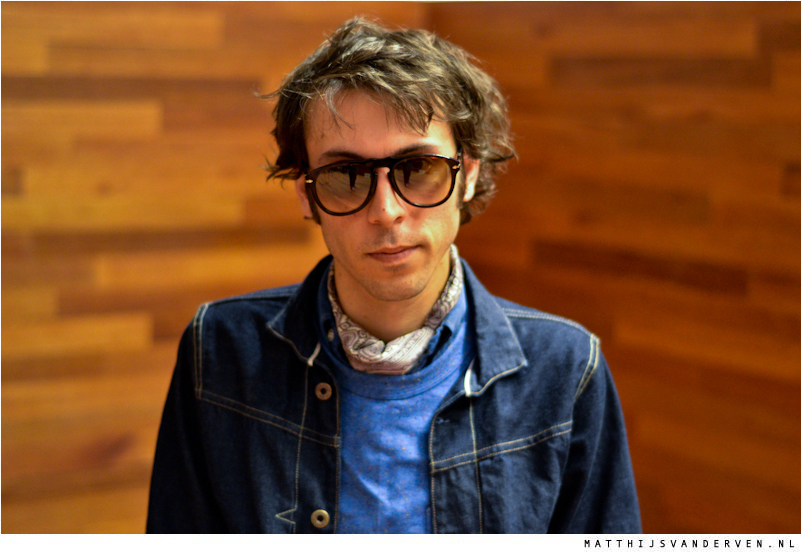 The first time I heard a Daniel Romano song? I can’t remember exactly, but I do recall that by the time the last note was played, I had made up my mind: this guy had to do a session someday. This past year the country singer from Welland, Ontario (Canada) played a lot of shows in The Netherlands. On the very last day of his months-long tour of Europe, he was still willing to sing us two songs.

Tell Her Lies And Feed Her Candy (Porter Wagoner)

Romano’s most recent record Come Cry With Me (2013) – just like its predecessor Sleep Beneath The Willow from two years before – doesn’t have a lot of weak songs on it, to say the least. He sings about ‘themes of bad choices, hard times, boozing and losing’. Country is a great genre, but making a good country record these days – without becoming more of a tribute act – can be slightly difficult. Romano, who calls it ‘mosey’ instead of country, never becomes a stereotype, not on the record nor on stage. He certainly pays tribute to his influences, but is certainly standing on his own to feet, singing his own strong song material.

On a side note: playing guitar in Romano’s live band was Jenny Berkel, whose voice combines wonderfully with Romano’s and who’s a talented songwriter and solo artist in her own right. For proof, give her Here On A Wire record from 2012 a spin.

Back to Daniel Romano, who – as said – was kind enough to play two songs on the afternoon of the last day of his extensive, no doubt tiresome tour. The day after, he boarded a ship back towards Canada.