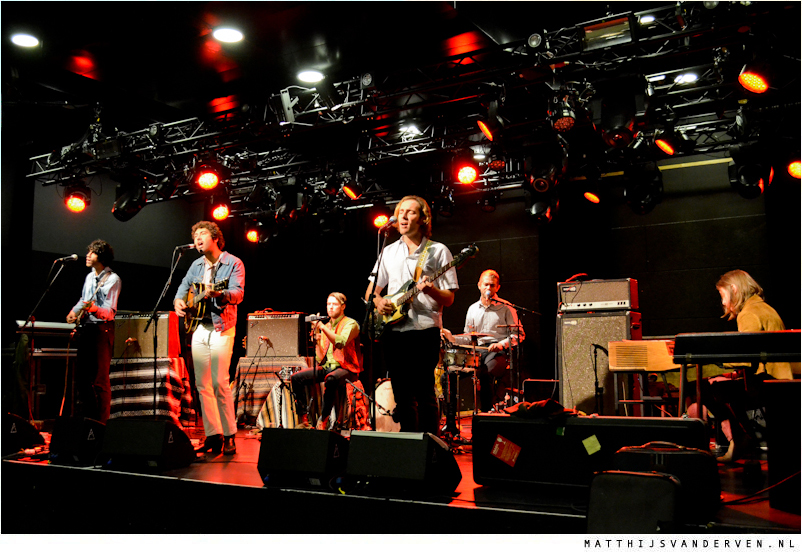 Ever since Allah-Las released their self-titled debut album in 2012, I’ve been listening to their music a lot. Driving in a car in summertime just isn’t the same without their songs on the radio. This year the band from Los Angeles released their second album Worship The Sun off which they played two songs.

It was a nice surprise that they wanted to do a session while they were in Amsterdam, playing at the new Paradiso venue in Amsterdam Noord. The only problem was that no-one had informed the band about the concept of Onder Invloed, and the soundcheck had run late, which left us with about eight minutes of borrowed time. You’ll notice the support act on the back of the stage in the Artifact video, waiting for their soundcheck.

Anyway, much to their credit, the band still managed to play two great versions of their songs Artifact and 501-415. And as it turned out, they had played a cover during the soundcheck, which their very friendly sound engineer Chris Preston had recorded. He has also voluntarily recorded and mixed the audio for the other two songs.

So, there are two videos of their originals and one with just a photo and the audio of their (great) cover of The Human Expression’s Calm Me Down. Our Dutch viewers will recognize Jacco Gardner as a guest musician on the keys.