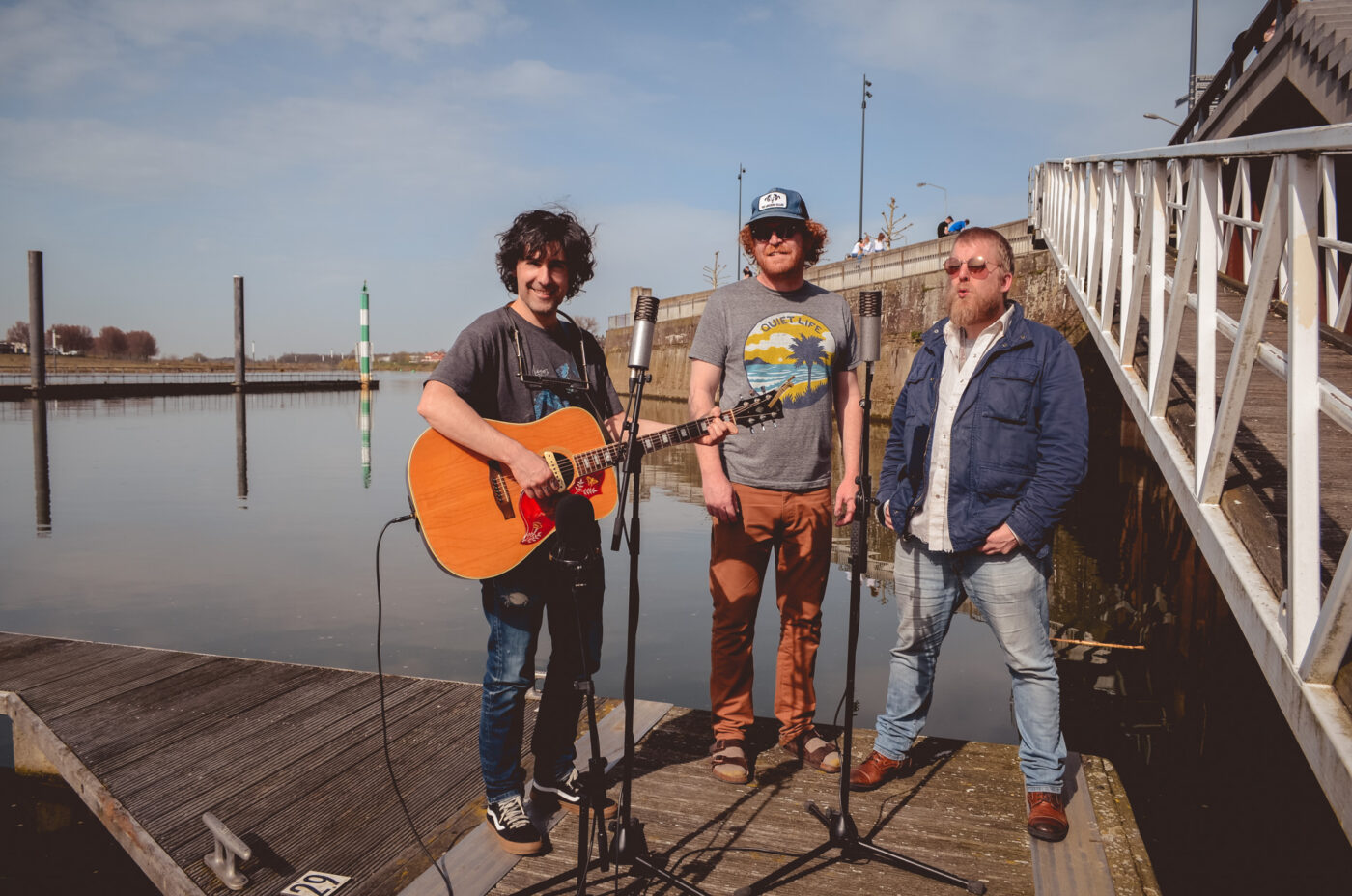 Filming with Blitzen Trapper was a dream come true for me, honestly. They’ve been one of the bands I keep listening to for well over a decade now. I remember helping out a young Dutch band by getting them to support Blitzen Trapper at Paradiso Amsterdam in 2009 – and being blown away by the Portland band in the venue’s upstairs room.

When I hear Black River Killer I can’t help but play it at least twice.

Blitzen Trapper had released Wild Mountain Nation and Furr in the two years prior, which have grown to be two records I love dearly. Sometimes – even to this day – the first few notes of Wild Mountain Nation‘s title track pops up in my mind. And whenever I hear Black River Killer I can’t keep myself from playing it at least twice in a row. You’ll understand my wife doesn’t have the easiest life sometimes, although she gets to hear it too, and that can’t be all that bad, right?

Still inspiring after all these years.

I love any band that – sometimes in the span of a single song – simultaneously freaks out and bring the most beautiful and fragile melodies. Bands like Bettie Serveert, Wilco, Big Thief and Moss for instance, and of course Blitzen Trapper. And to keep pushing the boundaries while staying true to their style for over two decades now, is just impressive. Eric Earley’s voice and songwriting has accompanied me for many a walk and drive. Many times listening to Blitzen Trapper sparked some creativity inside of me to go and write, take photos or film something new.

Earley recently wrote an article for American Songwriter in which he says: “I think that magic is in direct proportion to a writer’s ability to disengage from learned constructs, to let go of all attachments and to construct something new.” That ability must be why after so many years, Earley’s work still is as urgent and captivating as it was in the beginning. For me, Holy Smokes Future Jokes (2020), Wild and Reckless (2017) and All Across This Land (2015) are as dear as Furr, Destroyer Of The Void, or any of the earlier records. As long as Earley will keep writing them, I’ll keep listening. And I hope you will too.

If I Needed You (Townes van Zandt)
Spotify | Apple Music

Location
Down by the River Festival
Venlo, The Netherlands