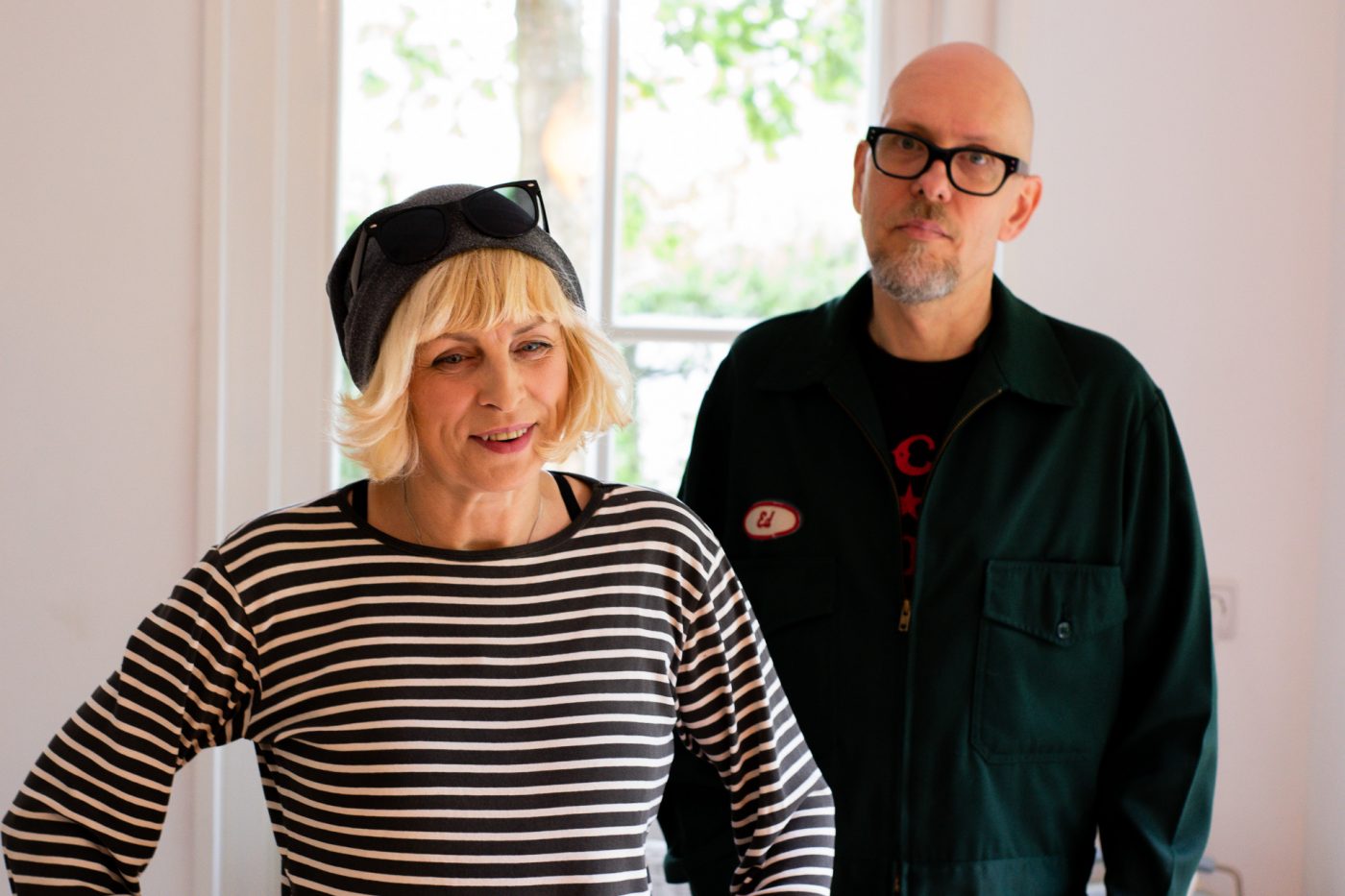 Back in 2008, I was over the moon when I got to film the first session with the Dutch indie music heroes of Bettie Serveert. Since then, we’ve filmed a couple of times, I interviewed lead singer Carol van Dyk for my book, and they played at several The Influences’ live shows. Still, when we arranged to film this new session (back in the summer of 2018 already), I was just as delighted as I was a decade earlier. In an Amsterdam garden, we filmed two Bettie Serveert songs and covers of Paul Simon and The Cure. After all these years, Bettie Serveert is still one of my favourite bands, and in case you don’t know them yet, they soon will be one of yours too.

Peter Visser and Carol van Dyk explain why they chose these songs to cover in between the videos.

Carol: “In 2006 a friend of ours, Prof. Nomad aka Bartel Bartels, asked me if I’d like to do a tribute session and if so, which artist or band I would choose. Then I remembered I once did a cover version of The Cure song ‘Boys Don’t Cry’, including the British accent. We tried to play it with Bettie Serveert, but it sounded weird to switch from my ‘normal’ Canadian accent into a full-on British one. So Peter and I chose to do The Cure tribute with Prof. Nomad and we’ve been doing that session ever since!”

“The first time we ever heard that song ‘Just Like Heaven’ was a cover version by Dinosaur Jr. We thought it was so cool that they liked The Cure. For The Influences we played this song acoustic. If a song is really good, you can play it with just one guitar or piano and it will still sound convincing!”

Peter: “I can only agree with what Carol says about Just Like Heaven.The deal with the Prof. Nomad gigs is not to play the songs note-by note, but to take your own “handwriting” to the sessions and have interpretations of the songs, so there’s a lot of improvisation. We thought it would be funny to have a female singer sing The Cure songs, so Carol was Roberta Smith from then on in those sessions. For her it’s really nice to do the “British” accent. For the recordings for The Influences Session it was also nice to be able to play the song acoustic and see that it still holds up.”

Fifty ways to leave your lover.

Peter: “Carol and I were invited to do some acoustic recordings for a radio show in Brussels (Belgium), called “Studio Brussel”. Not really sure if this was a live-radio show or pre-recorded. But anyway: After we’d done the songs we’d agreed upon, there was some time left, so let’s do another one! I looked at Carol, asking her what song she wanted to do. She held her head up a bit, looked to the ceiling and then to me. I was getting a bit nervous, ’cause I know that look of hers, it means : SURPRISE! “Why don’t you just play along with me”, she said. “What song is it?” I asked. “You’ll see”, she answered.”

“Then she started playing and I had no idea what song it was. After a while it dawned on me that it was a cover of Paul Simon’s 50 Ways, a song that we’d never ever played before and that I had never ever heard Carol play, so I thought: “WHAT THE FUCK!” So I played along to my best abilities. And, indeed, surprise, it turned out to be great. Later on Carol said that I play best when I have to improvise on the spot.”

Carol: “Everything Peter just wrote about this cover is true! Ever since I was a teenager, I was a big fan of harmony singing, so of course I knew all the Simon & Garfunkel songs. Later when Paul Simon went solo, one of my favorites was ’50 Ways To Leave Your Lover’. The lyrics are beautiful and sad, but to be honest I always thought that the choruses were a bit too ‘happy’? So I changed the melody and made them sound more melancholic. I hope Paul Simon doesn’t sue me!”

And then it started raining.

We filmed an extra original, sitting on the grass. As you might be able to notice from Visser’s facial expression, it started raining halfway through. They didn’t stop playing however, so I didn’t stop filming either. Enjoy.