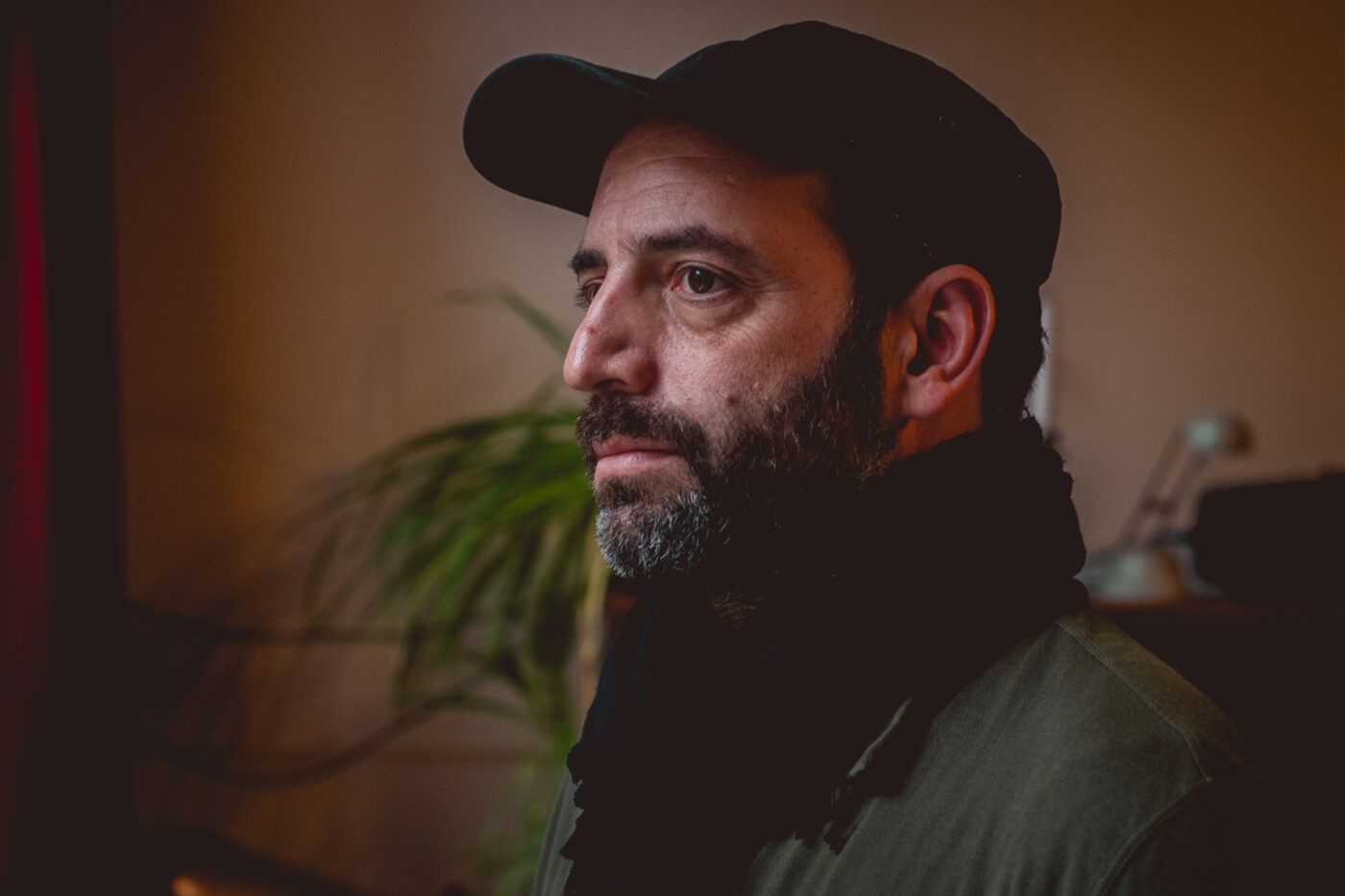 Having listened to many of his lyrics, many times, it isn’t a surprise that talking to Irish songwriter Adrian Crowley and hearing him talk about his work and influences is an absolute joy. He is well-spoken and speaks in delicately formed sentences with a lot of the subtleties and delight that make his songs so beautiful. In his session, filmed in 2018, Adrian Crowley played covers of Jackson C. Frank and Lee Hazlewood, and his own ‘Catherine In The Dunes’.

A slow and winding story.

Some people would say Adrian Crowley is a late starter. “The story of how I started is quite a slow and winding story. I started writing songs when I was still in school, but I don’t really recall what they were like. I shared a room with my little brother and I didn’t even have my own guitar, I used to use his. He was the first person in my life to tell me there was something going on. Just now, talking to you I remember it for the first time, I was about thirteen years old when he told me that one day I was going to play in front of audiences. And people would be listening to my recordings. I thought he was taking the piss! Turns out he was right.”

“It was very solitary. And I wasn’t sure I would ever make it onto a stage in my teens. That seemed like a beautiful idea but quite out of reach for me. I thought I wouldn’t be able to do it, because I found it quite difficult to speak to people anyway. Socially, I wasn’t very good at it. So, I thought there’s no way I would be able to go on stage, forget it.”

Adrian Crowley tells the story in a similarly soft and deliberate manner he sings his lyrics, but bursts out in laughter every now and then. “Years after I moved to Dublin, there was a club – which has been turned into a burrito bar now I think – where I used to go and watch other singers. It was very dark, and I liked the fact that it was dark. There was a songwriter night in another part of town, upstairs in a bar, that was the really popular one. But I didn’t really like to go there, because it was too bright and there were too many singers. I preferred the dark room, with only a few people that performed each week. I suppose my first gigs were there and I gradually built up my confidence to play more.”

A sense of humanity.

A lot of the songwriters and other artists or creatives I’ve met, possess a lot of empathy. Perhaps that’s one of the qualities that allows them to feel or experience and then somehow create something out of those feelings and thoughts. Crowley agrees: “Even if the lyrics you write aren’t literally relating those things. Mostly, as far as I can see, with the musicians that I know, even if their lyrics are abstract, you get a sense of humanity from them. And the empathy that we are talking about. In a way that could only happen with someone who really is in touch with humanity on a deep level. I think that’s it.”

“I don’t mean that all my favourite songwriters are bursting out crying every second of feeling too much. But they have a deep empathy. Feelings don’t have to be negative of course, they can also have huge feelings of elation and excitement that maybe not everyone can feel about certain things. There’s a cross of some of the characteristics of a child and a world-weary adult mixed together, in a good way.”

“And on the other hand, a love for language and communication which could possibly be tied back to empathy as well. Nadine Khouri and I for instance share a massive love for literature, storytelling and words in general. Actually Nadine recommended a poet and novelist called Ocean Vuong. You see this? It’s called ‘Night Sky With Exit Wounds’, really amazing. Just the most, whoaaah, every line. This is a book of poetry but since then he’s published his first novel.”

“I went to see Robin Robertson perform with Alasdair Roberts. Alasdair is a friend of mine and he’s amazing. They’re both Scottish. He’s an incredible writer. I’d never read his books, but I went to see him read, with Alasdair playing the music. Robertson would read a bit and then Alasdair would sing a song based on his writing. So I went looking for his book last week and it’s going to be the next thing I read.”

“For a start I thought he was an incredible talent. An amazing singer, I absolutely adore his voice. He has written so many incredible songs, they just seem so effortless, perfect and beautifully balanced. Often there’s a really playful quality to them and quite funny as well. I went to see him play a concert in 2004, maybe one of his last tours that he did. He was incredible, very funny as well. I think also his way of singing, when I hear him sing it makes me feel so good. It makes me feel a better singer just by listening to him. Because somehow the tone of his voice, the way it vibrates, I find something vibrating in me when I listen to him.”

“Also, so many of his songs feel good to me to sing them. Without changing the key or anything, even though our voices change over the years and might get deeper. I love the humor in a lot of his songs too, there’s light and dark. Maybe he’s not for everybody. Some people I’ve talked to didn’t really get why I thought it was so great. It could be because he often puts himself in someone else’s shoes. But I love that in writing.”

“I love Jackson C. Frank, I’ve been smitten by his songs for a long long time. Actually, I even did a complete set of Jackson C. Frank’s songs for ARTE France a few years ago. That was intense, learning all his songs. I felt it was an extremely intense thing. It was very challenging. Technically it wasn’t, but there was some other dimension to it that I found very affecting. Because you feel closer to the psyche of the artist when you emerge yourself in their art and their words. What you think they might have been feeling at that time, and there’s this empathy that you start feeling even deeper. I found it quite upsetting sometimes, maybe that was because I knew something about his life and the tragic aspects. So, that was hard, in fact.”

His musical kinship with Nadine Khouri.

Adrian Crowley recorded his session on the same day as Nadine Khouri, as they were touring together. They’ve developed a friendship and a musical kinship you could say, and have collaborated as well. “I sang on her album The Salted Air, and in the last few months we’ve been doing some remote recording as well. We met in London, in 2008. I was playing a concert at The Luminaire, which was a beautiful club in Kilburn. I got this message from a girl who took some photos of the gig and who sent me a lovely little note telling me how much she enjoyed the show. And it was Nadine, in fact!”

“Later that year, a friend of mine – Ben Eshmade of Daylight Music – was organizing a show. The first time I properly met Nadine was before one of those shows, when she kindly offered to lend me an amp. But I didn’t really get a chance to talk to her then either, but anytime I went to London we would hang out and we became really great friends over the years.”

“It’s a musical kinship. She’s a very rare and wonderful soul, she’s got incredible depth and empathy. I consider myself quite shy and she is too, but somehow we both have this contradiction within ourselves to also be a performer. We have a lot in common and share the same kind of humor. And I love her music obviously, she’s an incredible singer, writer and performer. I love singing with her, so we’re hoping to make some kind of record together at some stage.”