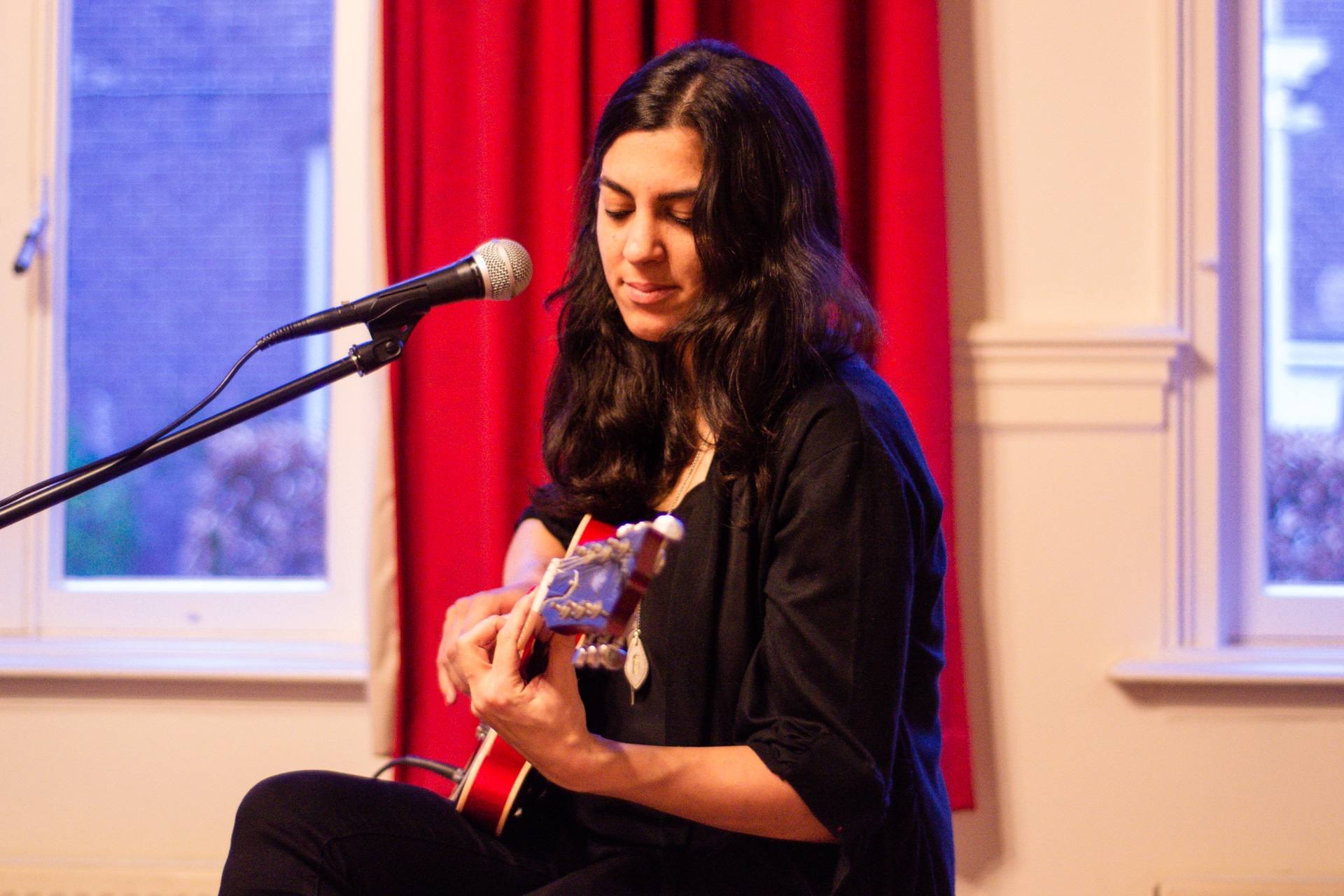 Some records grab you immediately, others take a while, and some of them somehow do both. Nadine Khouri’s ‘The Salted Air’ hit right away, but keeps surprising and intruiging me every listen. As her own Bandcamp so fittingly states, it’s a haunting collection of poetic meditations, with influences in shoegaze, soundtracks & spoken-word. Which is why I’m extremely glad to finally share the session we filmed a good while back. Nadine Khouri played her own ‘You Got A Fire’ and covers of Sparklehorse and Leonard Cohen.

“Leonard Cohen’s songs have accompanied me through my life.”

Nadine Khouri was kind enough to write a couple of words on both of her cover choices. “Of course, Leonard Cohen needs no introduction. A musical influence to many, his songs have accompanied me through my life, from about the age of 16 or so. I really admire his total devotion to his craft and the longevity of his career. The last two albums he released before he passed are some of my favourites. There are so many songs to choose from, but I picked ‘Suzanne’ because the lyric is perfect and the song has an other-worldly quality to it.”

“Music that wasn’t like anything I’d ever heard before.”

“I came across Mark Linkous’ music (with Sparklehorse) also coming of age as a teenager. His music wasn’t like anything I’d ever heard before and really spoke to me. It had a haunting quality to it – melancholy but also full of hope. So, I loved the intricate and intimate sonic worlds he created on his albums. After this session, I ended up playing ‘Spirit Ditch’ a number of times on tour and eventually recording a version with Adrian (Crowley).”

Adrian Crowley also recorded a session on the same day as Nadine Khouri. So, please keep an eye out on this website, it’s coming soon.