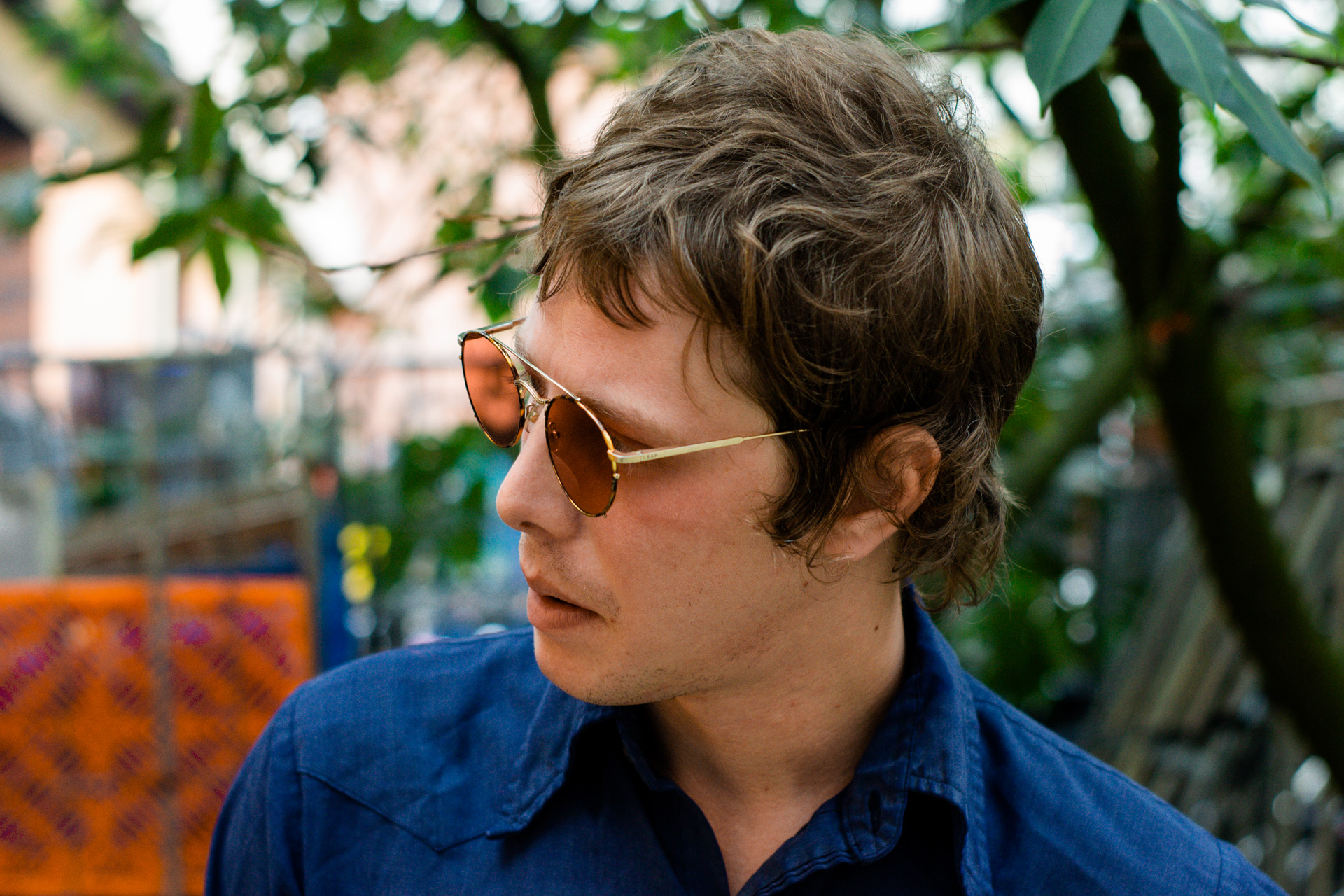 During Take Root festival 2018, Los Angeles-based songwriter Gold Star recorded two songs from his latest record ‘Uppers & Downers’ and a raving cover of The Velvet Underground’s ‘I Found A Reason’. In the middle of our talk after filming, Marlon Rabenreither confessed: “I have no idea how The Velvet Underground created their records, it’s amazing – they have a very unique sound.”

“The Beatles and The Velvet Underground set the framework for everything that music could be.”

“I never really do covers, so I had to learn one. I was looking on YouTube for stuff to listen to and this song really jumped out to me. It is so simple; there are only like twenty words, but the message is really beautiful. I always kind of insist that the two most important rock ‘n’ roll bands are The Beatles and The Velvet Underground. Between the two of them they set the framework for everything that music could be. In every sense; The Velvet Underground opening the doors to punk, DIY and indie music and a more intellectual approach to music and also fine art related. The Beatles changing the technology of how records were made and what an album could be. How those records were distributed. So those were big influences for me.”

“I’ve always been interested in how those records by The Beatles were made, years ago. ‘Uppers and Downers’ was tracked in a similar way to how they would’ve done it – not too different from that. It was recorded to tape in an old studio, using a lot of the same equipment. The vocal mic was similar to what The Beatles used in Abbey Road. I have no idea how The Velvet Underground created their records, it’s amazing – they have a very unique sound.”

“It’s more important to be scared but honest than cool and comfortable.”

“I grew up in Los Angeles for the most part, my father was a musician, and the guitar I played this session on was his. I’ve kind of taken it from him, because he wasn’t using it so much. But when I got it, it was a blonde, clean guitar, so I’ve basically played the hell out of it and now it’s sweaty and dirty. Almost unrecognizable. And it sounds different now as well, I think these instruments have so much character, they absorb all that history. I like to think so anyway, that’s why I never clean it, because I think it keeps these properties. So, it’s kind of mystical.”

“There’s a thread that connects my music, but I think it’s constantly expanding and embracing new sounds and ideas. And I think I’ll continue to do so – I want every record to be a departure from the previous one. A reaction, or a conversation. So, I hope it keeps growing and changing.”

A lot of Gold Star’s songs are biographical, and often rather personal.

“I write stories about my life, but it took me years to embrace that. Because it’s scary to be so honest. I used to think: “What would my friends say if they heard I wrote a song about them?” That kept me away from really embracing that, but the realization that the most important thing in good songs is honesty and your own voice. And as I got older, understanding the value and the weight of that displaced my insecurity about it. It was more important to be scared but honest than to be cool and, you know, comfortable.”

I Found A Reason (The Velvet Underground)
Spotify | Apple Music