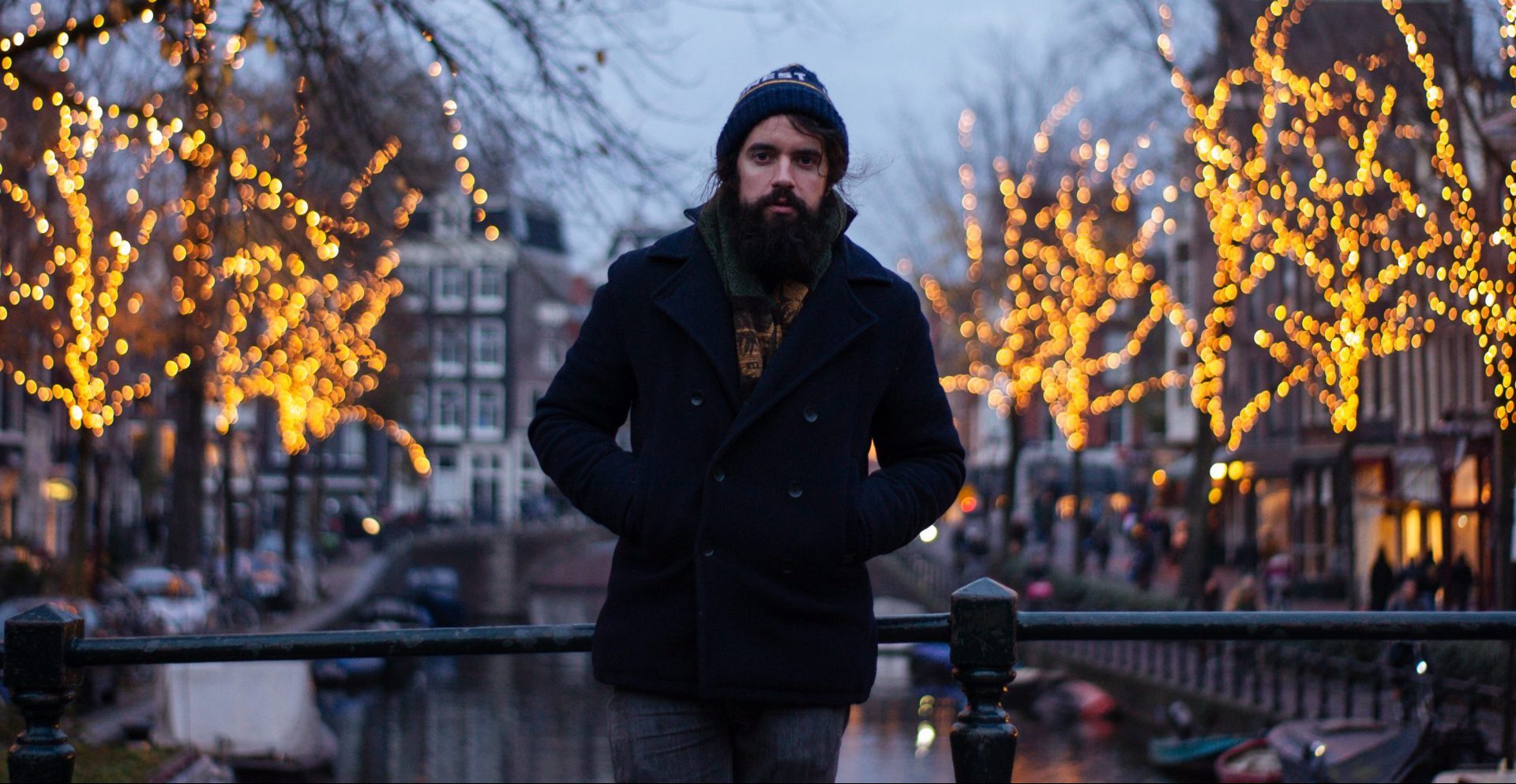 New York City-based songwriter Anthony D’Amato has been on a streak in the past seven years and released three full-length records and three EP’s. And now also two sessions for The Influences. The first one was filmed in a dark week in American history, early in 2017. The second at TakeRoot festival 2018. Some videos have been public for a while, but with the two new videos, it’s high time for a proper release. Watch him play Paul Simon and Tom Petty covers, plus three originals.

Since filming that first session in Utrecht, D’Amato has recorded and released a covers EP called Won’t You Be My Neighbor? (A Benefit For Refugee Aid), featuring the same Petty cover and an impressive list of befriended musicians like Michaela Anne and Josh Ritter. It’s been sold out for a long while, but if you stream it on Spotify and wire money to a charity, no-one will complain.

If you listen to his discography, you’ll find an interesting development from the folky Paper Back Bones to the fuller sounding The Shipwreck From The Shore and Cold Snap, to the more stripped-back EP’s that followed including this year’s Five Songs From New Orleans. A collection of songs D’Amato wrote and recorded with local musicians while living in the city for a month early 2019.

Another side note: D’Amato’s partner Jane is one of my favourite designers. She’s also responsable for a lot of D’Amato’s artwork and merch. You should give her a follow (and a commission) on Instagram.

Shooting something quick and raw

Some weeks after we filmed the newest session at TakeRoot, D’Amato and I met up again, in freezing Amsterdam. He had a new song called Passing Through ready for release, and I had a (vague) idea for a music video. So we spent the day walking and running around the city and freezing our bloody fingers right off. At the end of the day we had a music video that got premiered on Magnet Magazine and a nice mention on Rolling Stone.

D’Amato talked about that day to Magnet and said some nice things that I’m going to use to close this post. Because why the hell not, right?

“We shot the video for ‘Passing Through’ on a day off in Amsterdam right in the middle of an 11-week European tour. So, needless to say, I was feeling the sentiment of the song pretty hard at the time. Touring—especially solo touring—can be incredibly beautiful and incredibly lonely all at once. You meet so many wonderful people and see so many amazing places, but you never get to stay, which makes it all a very bittersweet experience. Director Matthijs van der Ven locked into that feeling right away—perhaps because he travels so much himself. I was grateful to work with someone who so clearly understood what I was trying to convey.

“I first met Matthijs a few years ago while filming a live session in Utrecht for The Influences, the online performance series he runs out of the Netherlands. He was my first call when it came time to shoot this video, in part because I love his work, but also because I liked the idea of shooting something quick and raw with a local filmmaker and then leaving it entirely in his hands while I continued on down the road. It was a chance to make a collage of all the moments that make up a day in the life on tour. There’s wandering and reflection and excitement and boredom and sightseeing and naps on public transportation. There’s marveling at the beauty around you and burying your face in your phone because you found some free Wi-Fi. Most of all, there’s wishing you could stay, if only for just a little bit longer.”

I Won’t Back Down (Tom Petty)
Spotify | Apple Music