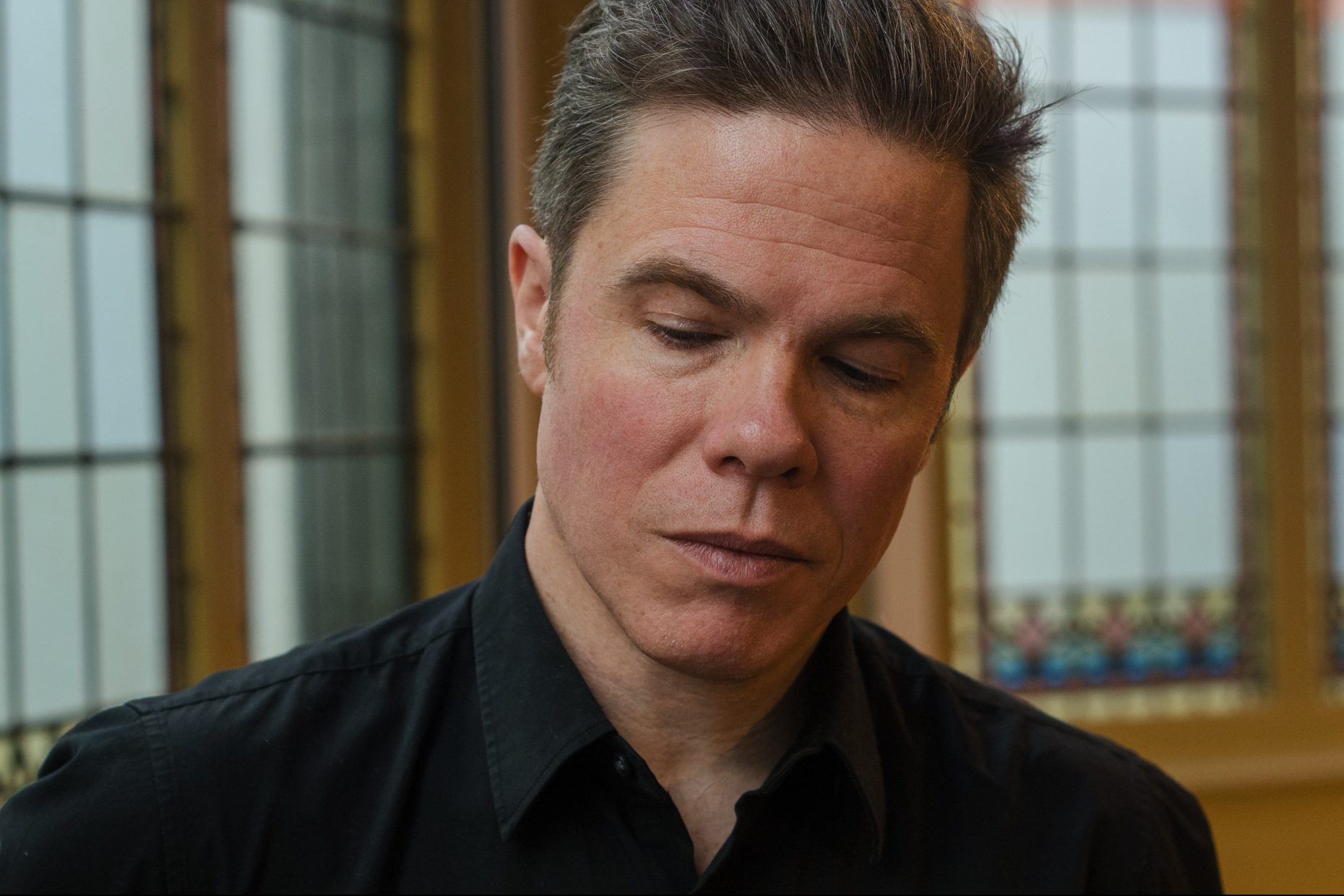 ‘The first thing you’ll notice at a Josh Ritter show is his smile. It’s a grin of elation, a grin of communion, a grin of gratitude. It’s the grin of man doing precisely what he was put on this Earth to do, and doing it damn well. “Can he really be having that much fun?” I asked myself the first time I saw Josh perform at the Newport Folk Festival, and, as I later learned, the answer was a definitive yes.’

‘Like most songwriters I know, I look up to Josh, not only for what he does, but for the way he does it. His talent is matched only by his kindness and generosity, and his performances are reminders of just how lucky we are to make music, of what a privilege it is to be able to travel the world sharing the stories and melodies we carry inside of us. In the midst of all the chaos and commotion of modern life, in a digital age where the complete history of recorded music, film, and television is available at the tap of a finger, folks still go out every night and spend their hard-earned money on concert tickets for the simple reason that live music brings them a joy they can’t find anywhere else. How could you not smile but to be part of that?’

‘I spread the gospel to anyone who would listen.’

‘My relationship with Josh’s music began in a somewhat roundabout way. I had just arrived at college and was settling in to freshman orientation when one of my new hallmates knocked on the door. He’d seen my guitar when I was moving in, and he was wondering if I could teach him to play some basic chords. He was particularly interested, he told me, in learning a tune called “Man Burning” by Josh Ritter. One illegal download later (sorry, Josh!), I had a new favorite songwriter.

From there on out, I bought everything Josh released, went to every show I could, and spread the gospel to anyone who would listen. (Years later, I would be lucky enough to record my debut studio album with Sam Kassirer from Josh’s band producing, and Josh would be gracious enough to contribute harmony vocals to a charity project I released in support of refugee aid. As for that hallmate who asked me to teach him Josh’s song? We’re still friends more than a decade later, and I was the Best Man at his wedding. Life’s funny.)’

‘A great writer is someone whose work makes you want to write.’

‘Anyway, it’s easy to get discouraged when you’re making music, to feel like everything worth doing has already been done (I remember coming across a Twitter user who described his favorite pastime as commenting “It’s no Dylan” on every Guardian album review), but Josh’s catalog serves as a reminder of just how much incredible music there is still left to write. His love of language is infectious, and his instincts for storytelling are impeccable. I’ve always thought that a great writer is someone whose work makes you want to write, someone who makes creating deep and resonating art not only seem like a possibility, but a necessity. That’s Josh.

His songs reveal themselves like Russian nesting dolls. At first glance, you see a carefully crafted narrative full of rich, granular detail and fully developed characters. Then you spend a little more time with the lyrics and discover layer upon layer of insight and observation. Tracks like “The Temptation of Adam” and “The Curse” are modern day parables, the kind of transportive works that could easily stand on their own with simple surface level readings but have so much more to say about love and pain and sacrifice and happiness and fear and human nature if you’re willing to zoom out and see the bigger picture.’

‘I promise it’ll put a smile on your face.’

‘There’s a song on Josh’s new album called “The Torch Committee,” and I dare not summarize it because its power lies in the specificity of the writing, but it’s ultimately a Kafka-esque portrait of institutionalized cruelty and bureaucratic paranoia and the ways in which we grow numb, even comfortable with mundanity of it all. Think of the Salem Witch Trials. Think of Nazi Germany. Think of the Red Scare, Charlie McCarthy, HUAC. Think of “LOCK HER UP” and “SEND HER BACK.” It’s a chilling song for a chilling time.

In conclusion, when Matthijs asked me to put together some text to accompany Josh’s session, I didn’t actually click on the link he sent me, and now I see that what I’ve written bears very little relevance to the specific videos you’re here to watch (I’m listening to them now, and they’re amazing, by the way). I apologize if I missed the mark on this assignment, but I stand by everything I’ve said, and I hope it’ll encourage you to go out and download the rest of Josh’s catalog right now (legally! We cool, Josh?), or better yet, buy some tickets to catch him live when he comes to your town. I promise it’ll put a smile on your face.’

Anthony D’Amato is a songwriter living in New York City.
The video for his latest release, “Passing Through,” was filmed and directed by The Influences’ Matthijs van der Ven.