@sunjunemusic - 'I Am Trying To Break Your Heart'

I have been rather silent on here lately, because

The brilliant @great_lake_swimmers will release a

@sofiewinterson and I only film in musea it seems.

10 years ago today, The Seventeenth Century from #

The Amsterdam Songwriters Guild has been around as long as I can remember and my friend Ro Halfhide is one of the people of the collective promoting the local songwriters. I visited one of their weekly open mic nights in Amsterdam some years ago, because Ryan Joseph Burns was in town and felt like playing some songs. One of the few things I remember about that night was that we drank too much and there was one performer who had us both in awe. That was Jara Holdert, who now performs as Lewin. So, a bit later Jara performed our live show in Utrecht and last January we filmed this session at Johnny Wonder's office. Lewin covered Joni Mitchell and The Beatles and played her own The Giant.

“Maybe it was because my older sister loved the Spice Girls and the Backstreet Boys that I turned towards music from the sixties and seventies, trying to set myself apart from her and staking out my own musical territory. Maybe I was already primed to listen to The Beatles and the Kinks, because of the cassette tapes our parents played on long car rides. Sitting in the back of the car, we sang along, in our own made up version of an English we didn’t yet understand. The music in my parents record collection was a big part of what I consumed, as soon as I learned to operate the record player, lowering the needle cautiously into the valleys and ridges right before my favorite song. When they bought me a second hand pick-up player for my tenth birthday, I was glued to it - playing Songs in the Key of Life, dancing to Aretha.

Broadly speaking, there were three main ingredients in my musical upbringing; soul, songwriters, and jazz. The soul singers taught me how to feel, the songwriters pushed me to play guitar, and in jazz I tasted the freedom, possibilities, improvisation. A short history of influences, in flashes of memory.

I came home from a dance-class, I must have been about 8 years old, and I wanted to show my parents the moves I’d just learned. So, I ordered danceable music, and that’s when one of them put on Aretha Franklin’s Think. I was blown away - the rhythm, the energy, the happiness that seemed to embrace you from far away. So Aretha became my muse - I got all her albums, knew every song by heart. And then, on my birthday, my father gave me one of my first CD’s: Innervisions. Stevie Wonder with his endlessly creative and daring songs, all bursting with the same kind of joy as I had found with Aretha. While Will Smith was re-appropriating Stevie’s melodies and masterful bass line for his Wild Wild West I was singing along to I Wish. I wasn’t aware at the time how intricate and original his compositions were - I just knew I digged them. And I also started listening to Otis Redding, who made me cry, and Curtis Mayfield, who made me smile again.”

“In a different story-line: My parents were divorcing, I was eleven, and my father played Ella Fitzgerald when he was alone in the kitchen. The times were dark, but her voice was uplifting, and the jazz melodies were interesting and not anything like I’d ever heard before. Ella, then Billie Holiday, became the singers of my heart - at fifteen I was also pining Loverman, oh where can you be - trusting that one day he’d come along, The Man I Love. Later, at twenty-two, I would throw all my academic dreams overboard by switching to study jazz vocals. The love of song turned out to be too strong.

I guess I’ve always been a bit single-minded when it came to listening; if I liked an artist, I wanted to hear everything they’d ever made, and I got sucked into their discographies, without listening to anyone else for a while. That’s also how I experienced my love for the Beatles, when it developed when I was about fifteen, spurred by an English teacher who made us analyse the lyrics of Rocky Raccoon. I came home that afternoon, put on the White Album, and listened to nothing but the Beatles for a full year. There was no curiosity to hear other, related bands (for example, I didn’t even consider playing the Rolling Stones or The Beach Boys, let alone Pink Floyd or Queen) - I just wanted the Beatles, all of it, more of it, more of it again. My favorite albums were Revolver, Abbey Road, The White Album, Rubber Soul - see, I couldn’t even choose.

I was sixteen and Neil Young entered the scene. It wasn’t him, exactly, but it was his record Harvest, and though my father had tried to sell me on it, I only started to really appreciate it when my very first boyfriend started playing it for me. When I got over my initial dislike - his voice seemed to high pitched, the music a bit too ‘country’ for me - I fell head over heels. Now I really picked up a guitar, trying to emulate what I heard. His strumming patterns, his changes. I got lessons and was lucky to find a guitar teacher who was also a fan - soon enough, we were singing Neil Young songs in harmony, and lessons turned into jam-sessions.

This teacher, Maarten Kooijman, was the first one to put me on the track of my next obsession: Joni Mitchell. He suggested I try playing some of her songs, and her open tunings opened new worlds for me. Around the same time, I rediscovered an old friend who was obsessed with Dylan the way I was obsessed with Neil. Our banter and playful contests in fandom made me listen to more Dylan, starting with a bootleg of Blood On The Tracks that my friend gave me. I still cannot hear those songs without getting chills, or feeling tears well up.”

'Beauty is in letting things be what they are.'

“My own songwriting often starts when I pick up my guitar, and as my playing was heavily influenced by Neil Young and other folk/songwriters from the seventies, my strumming and my grooves often borrow from that tradition. But when it comes to singing, finding melodies, my background in jazz comes to the fore. My timing is often laid-back, and I tend to make melodic variations even when I don’t plan to - singing around existing melodies offered such a freedom when I was in the jazz scene, that it infected all my singing.

Joni Mitchell was a big inspiration when it comes to writing daringly - going for unexpected changes, sweeping melodies. Before trying to sing her songs I didn’t fully dare to use my upper register just as it is - light, tinny maybe, not as pleasing as I’d always hoped I would sound - but she taught me that touching the notes is enough. Beauty isn’t always in the tone, it’s in letting things be what they are, in allowing your voice to be what it is, and expressing yourself without trying to please.

The Giant was one of the first ‘serious’ songs I wrote, in the midst of an affair and the turmoil of it - I was studying jazz but my feelings directed me back to my folky roots. I was playing around with the open D tuning I’d learned from Joni Mitchell, and a Dylanesque song structure emerged - I didn’t write a refrain, but I wrote many verses, and they all felt extremely urgent - singing was the only way to express what I was feeling at the time.

For the session I decided to re-imagine a few of my favorite songs in that same guitar-tuning; re-harmonizing here and there, and trying to do right by these songwriters who have influenced me greatly. I’ve always loved I’ve Just Seen A Face for its lyrics, its many internal rhymes. Now I had to consider whether to keep singing for a girl, or to change the lyrics to fit my own romantic experience. By doing that I’ve lost some of the beautiful rhymes, but it feels closer to me when I sing it, and expression is important to me. I took a lot of liberties with the arrangement, and reharmonized some parts. That’s the jazz speaking I guess.

Joni’s Woodstock felt really relevant the past years - pertaining to the way we treat our environment, needing to re-think our connection to it, maybe going back to a more simple, peaceful existence where we find a better balance between sustaining our environment and fulfilling our needs. Back to the garden.

Recording this with Matthijs was an absolute pleasure. And I hope watching it, you’ll feel some of the energy, some of that love that I’ve always found in music.” 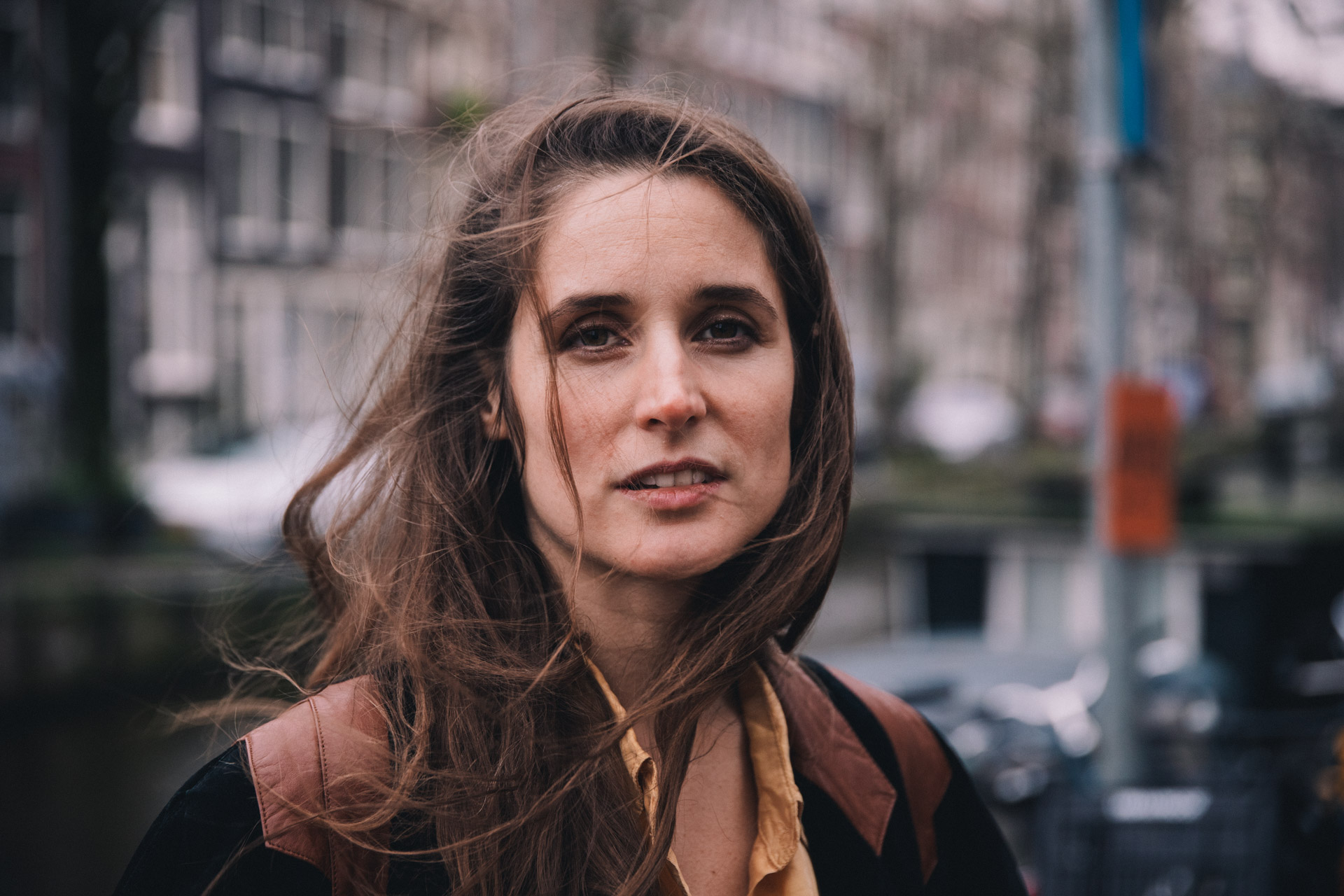 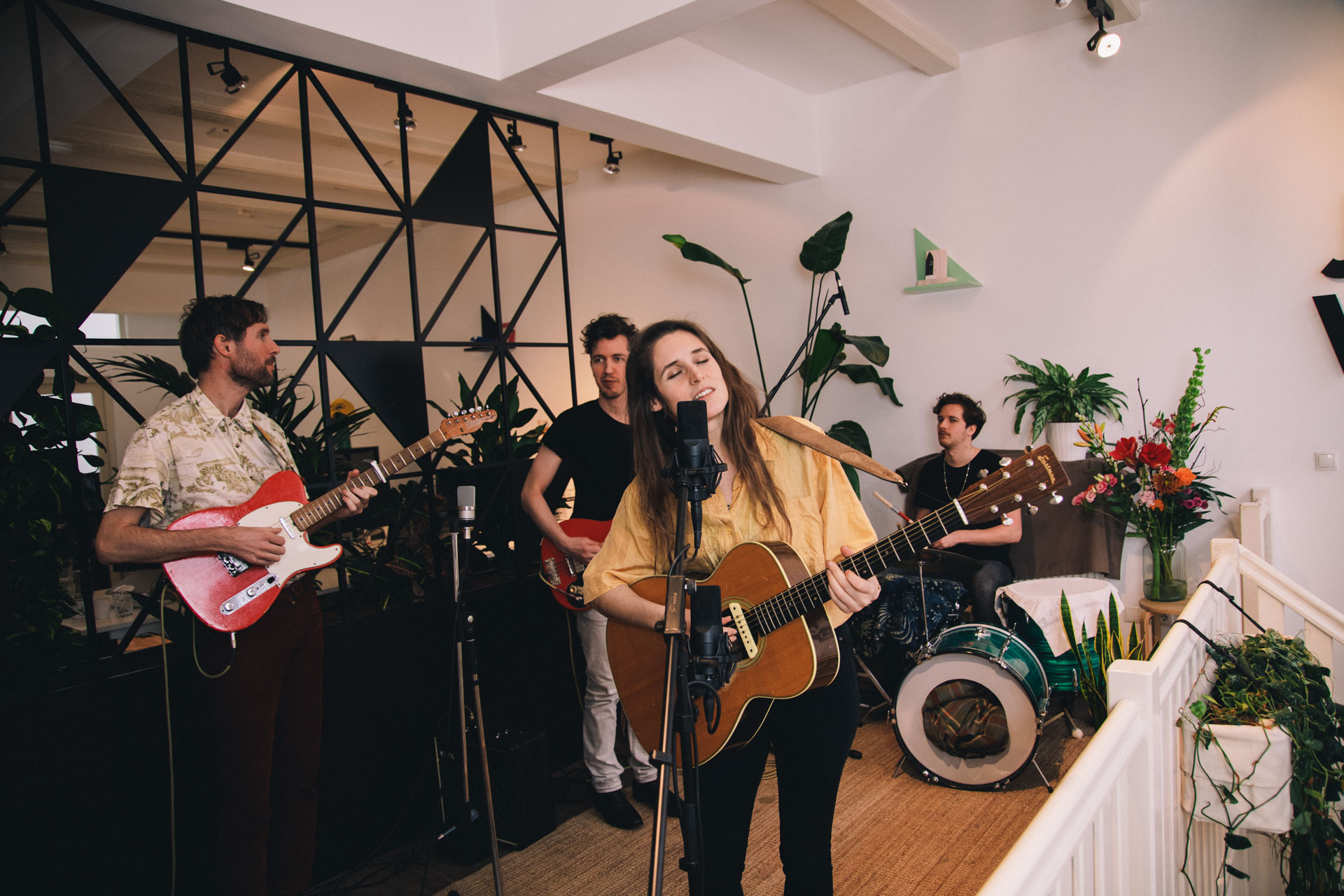 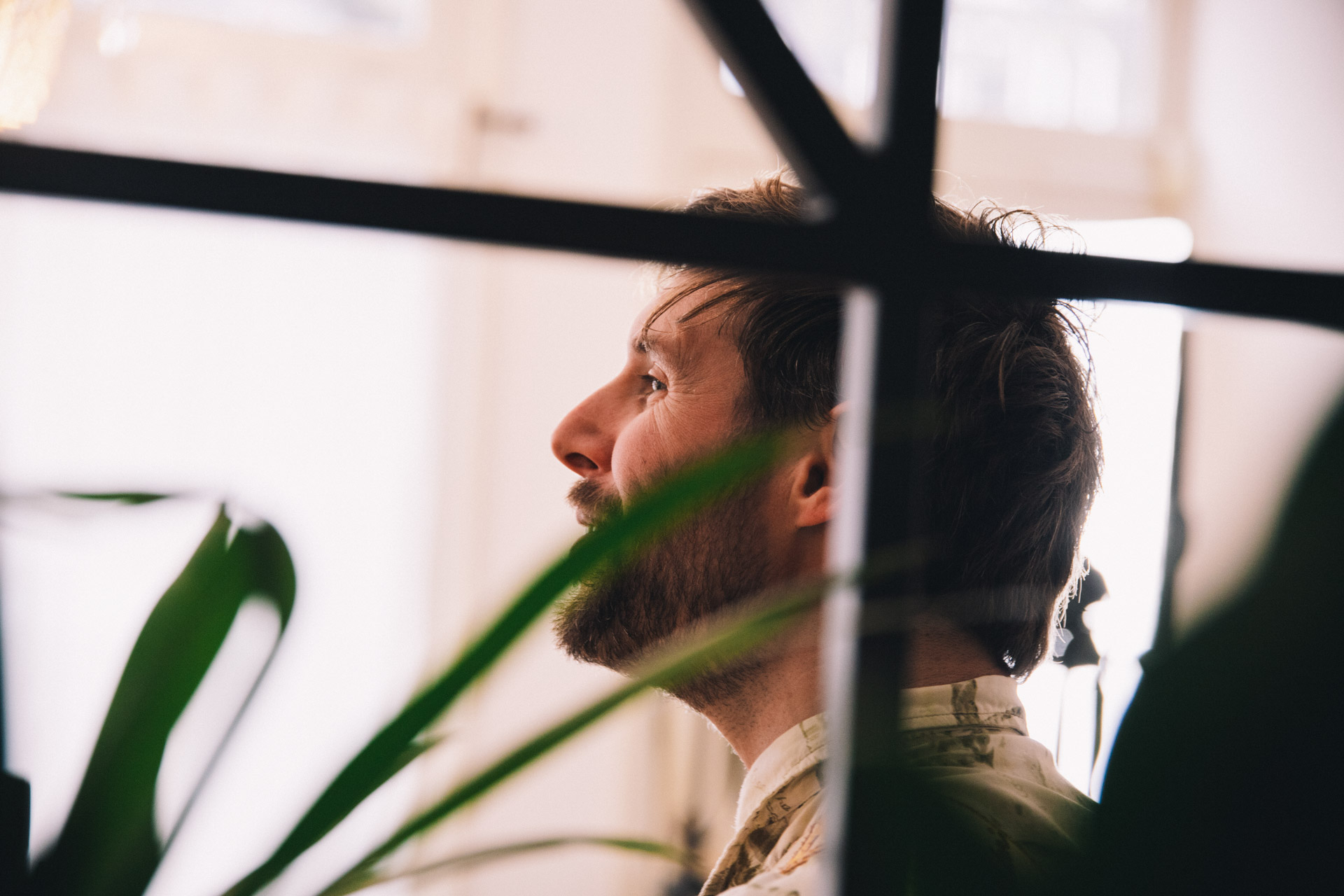 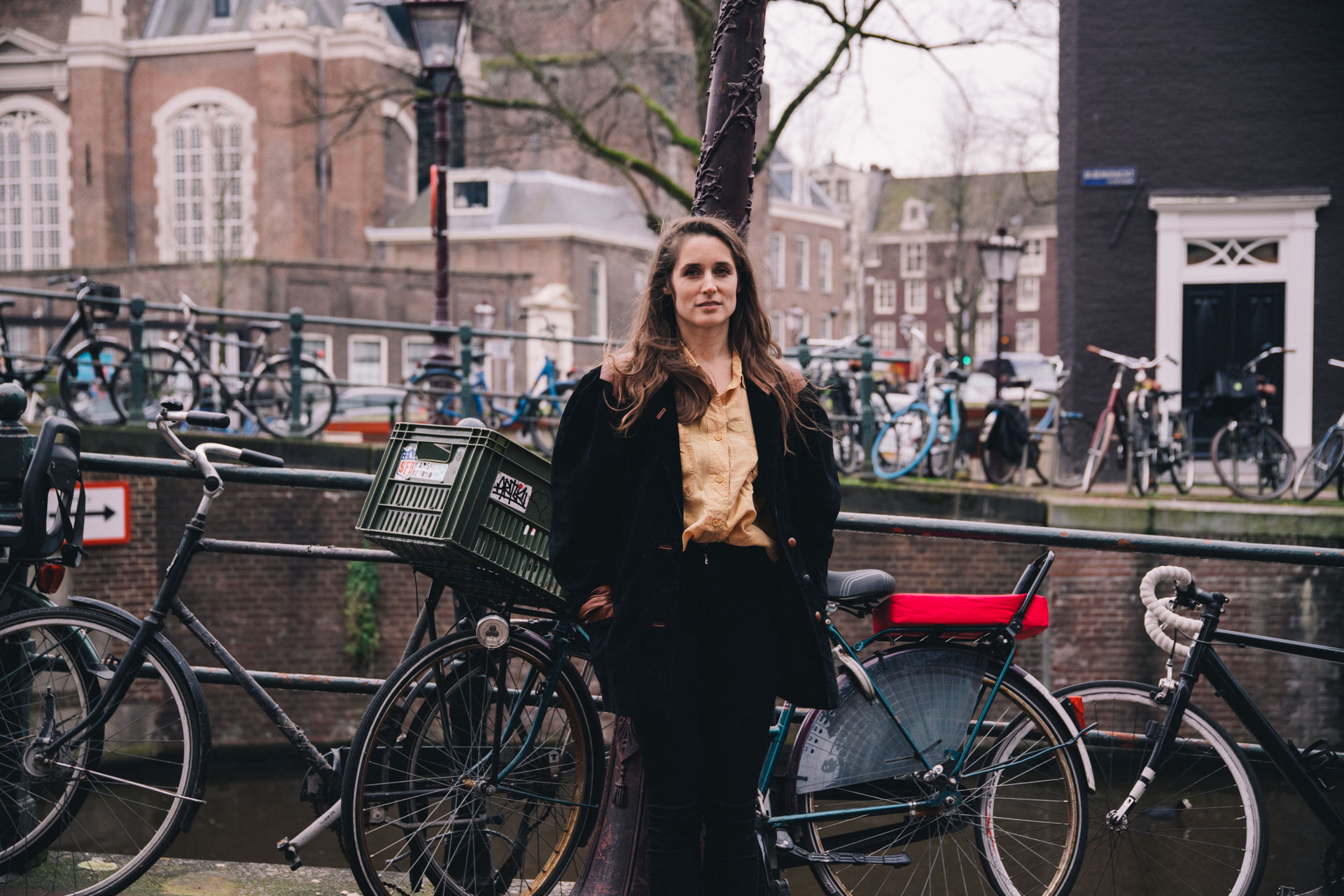 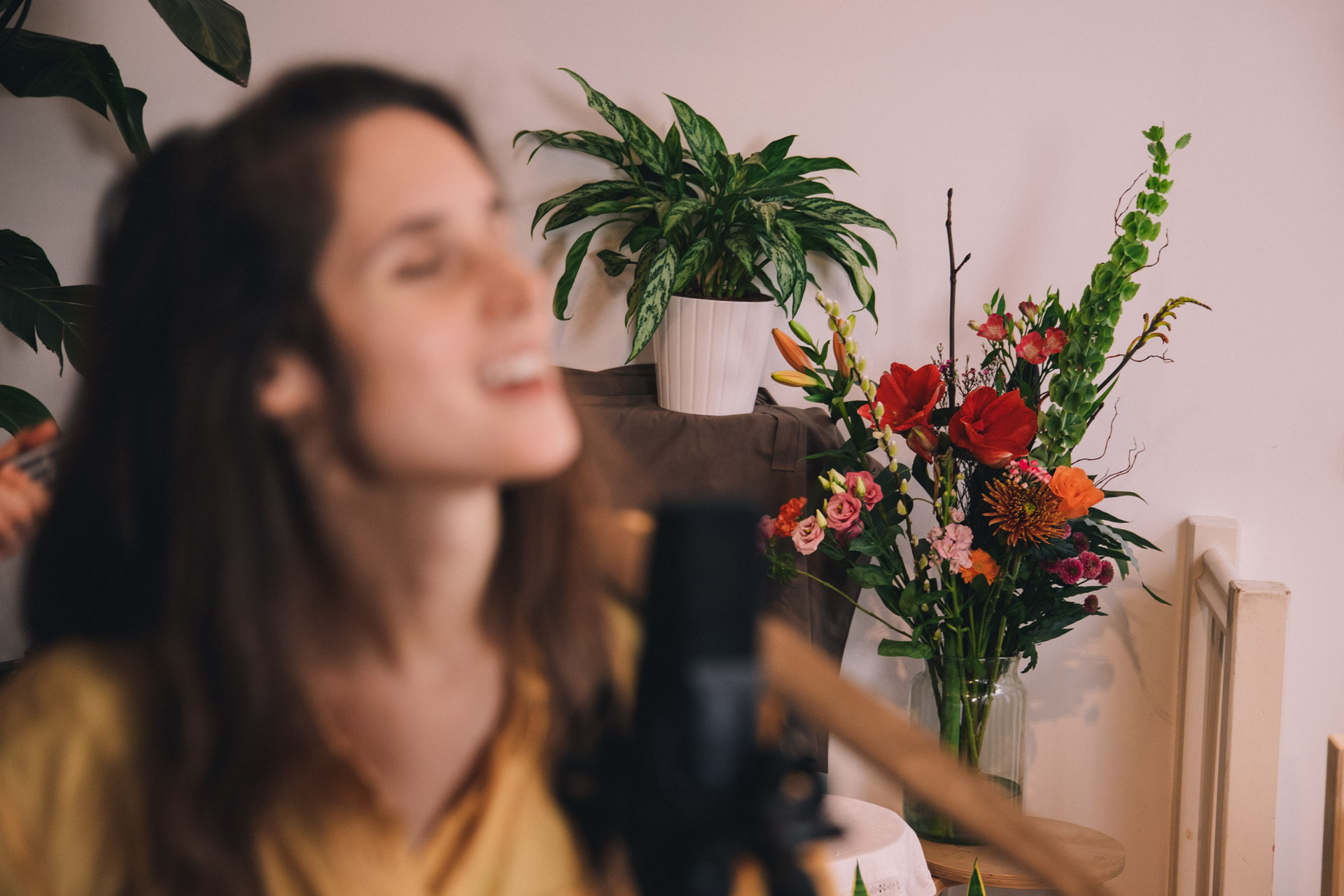 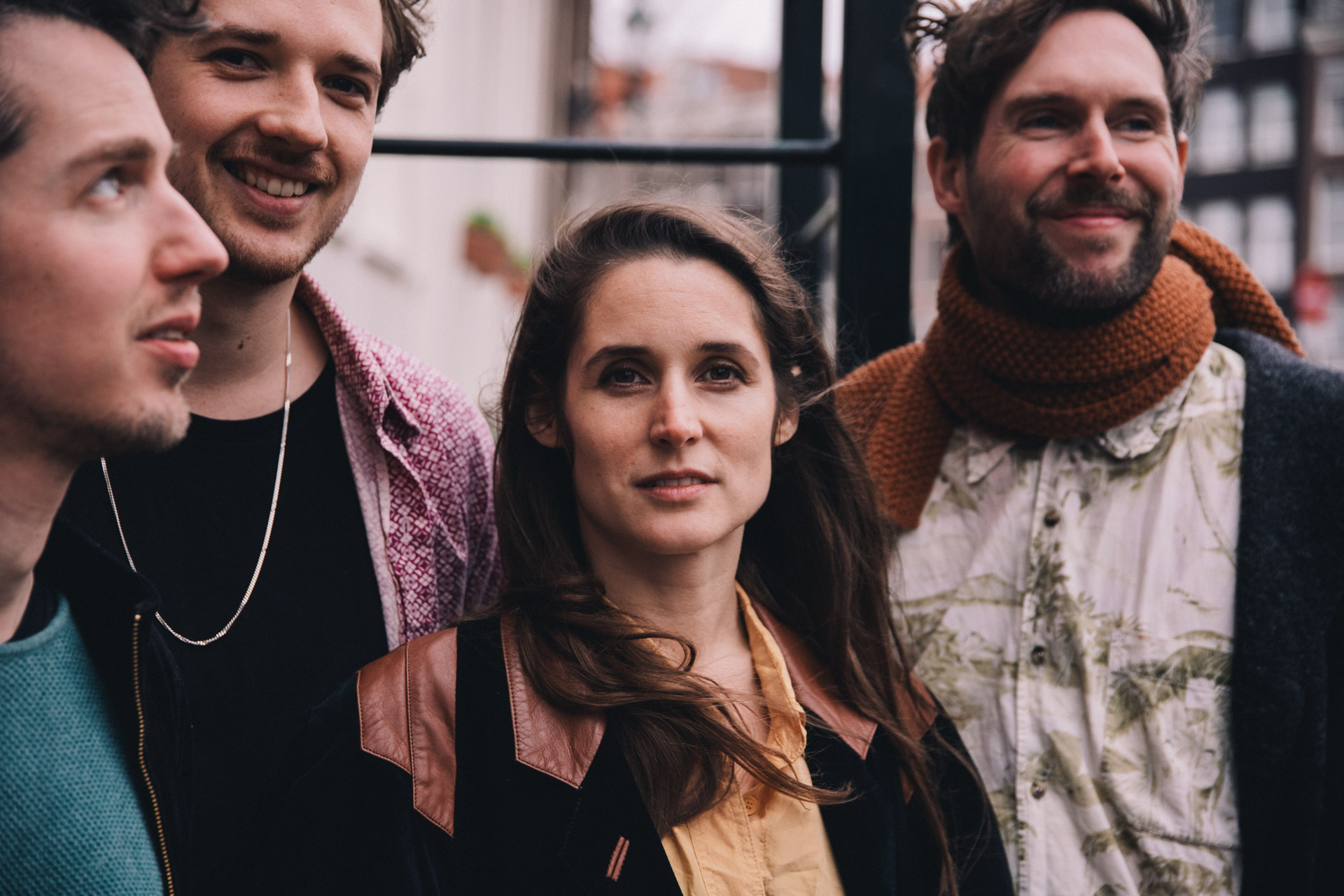 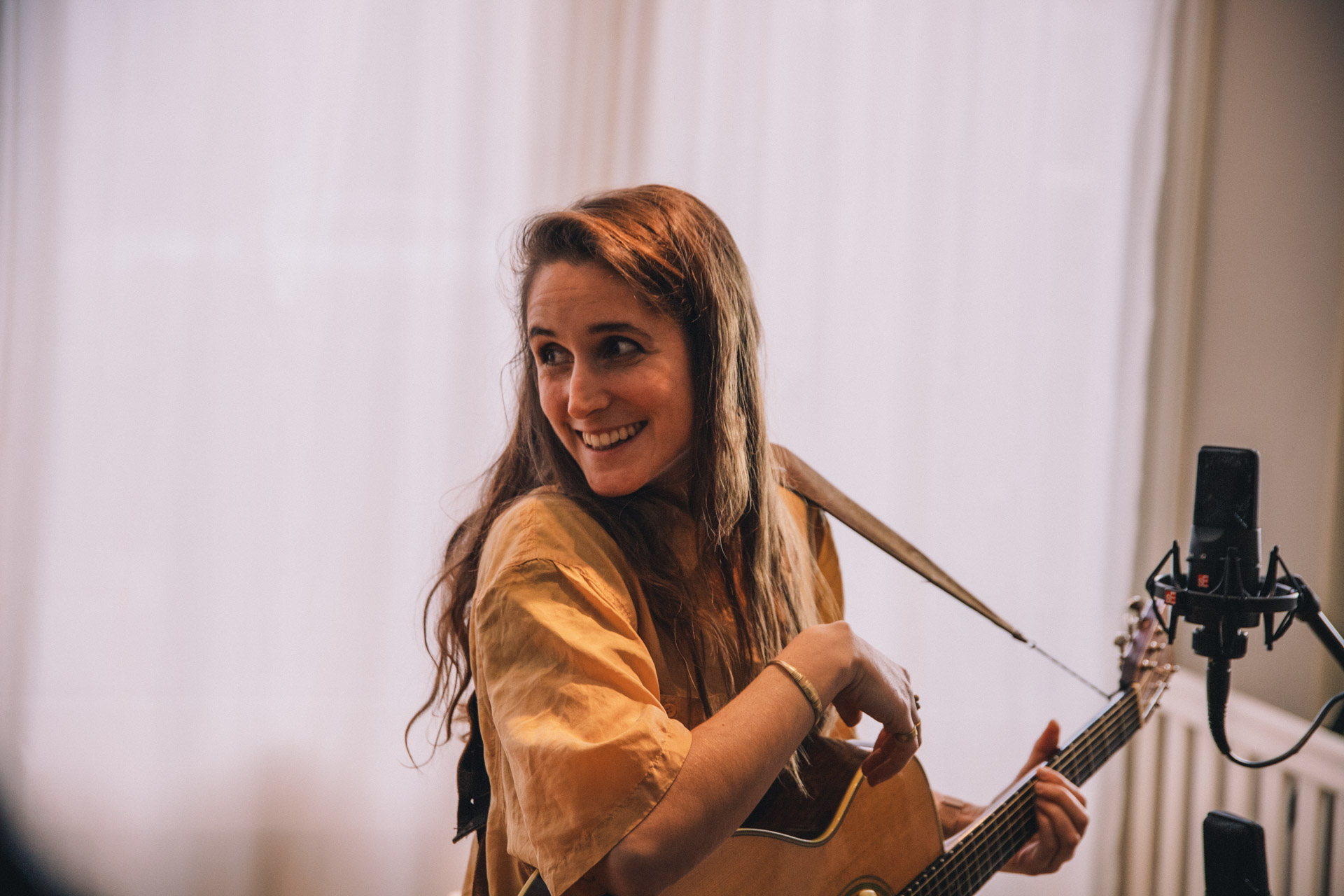 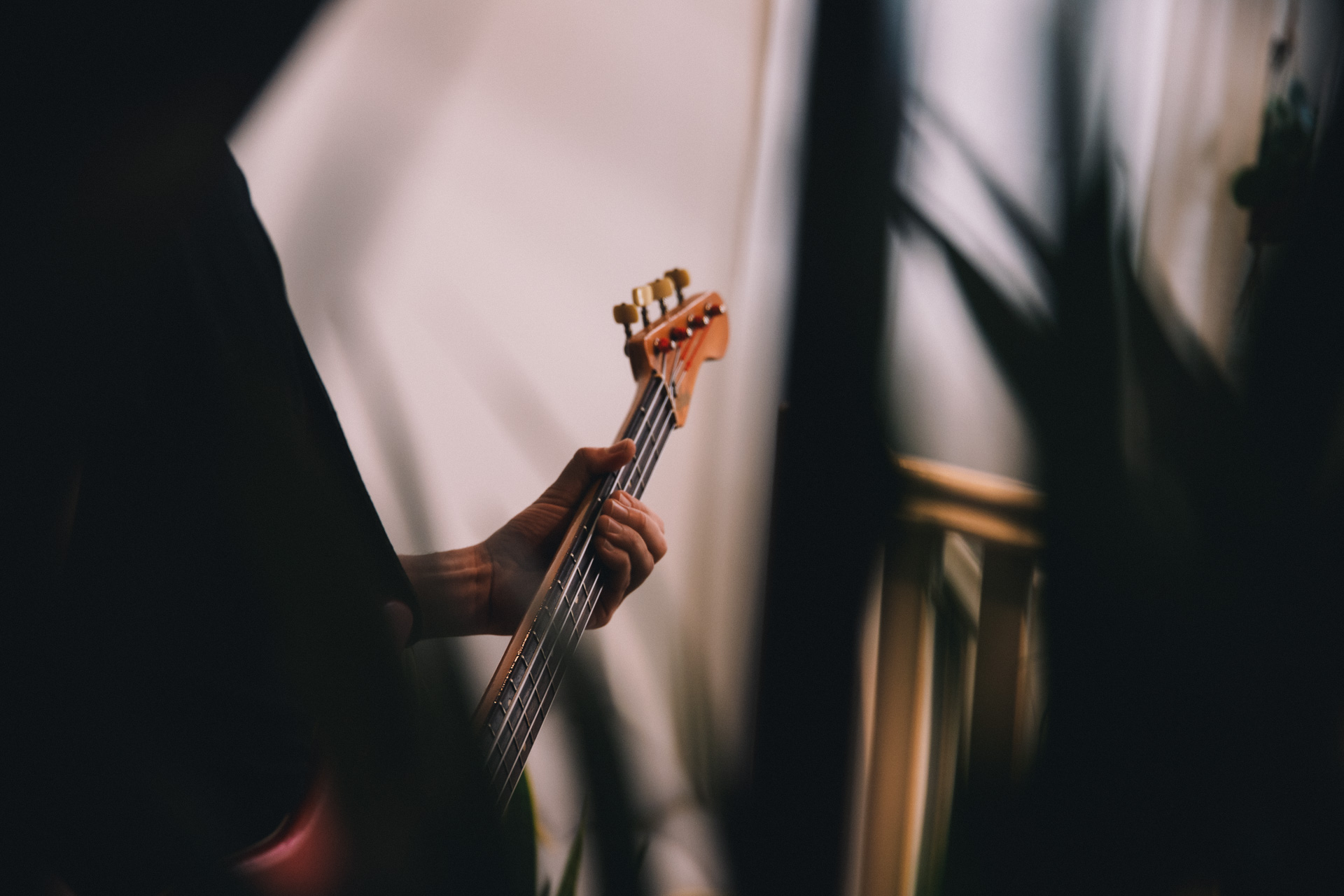 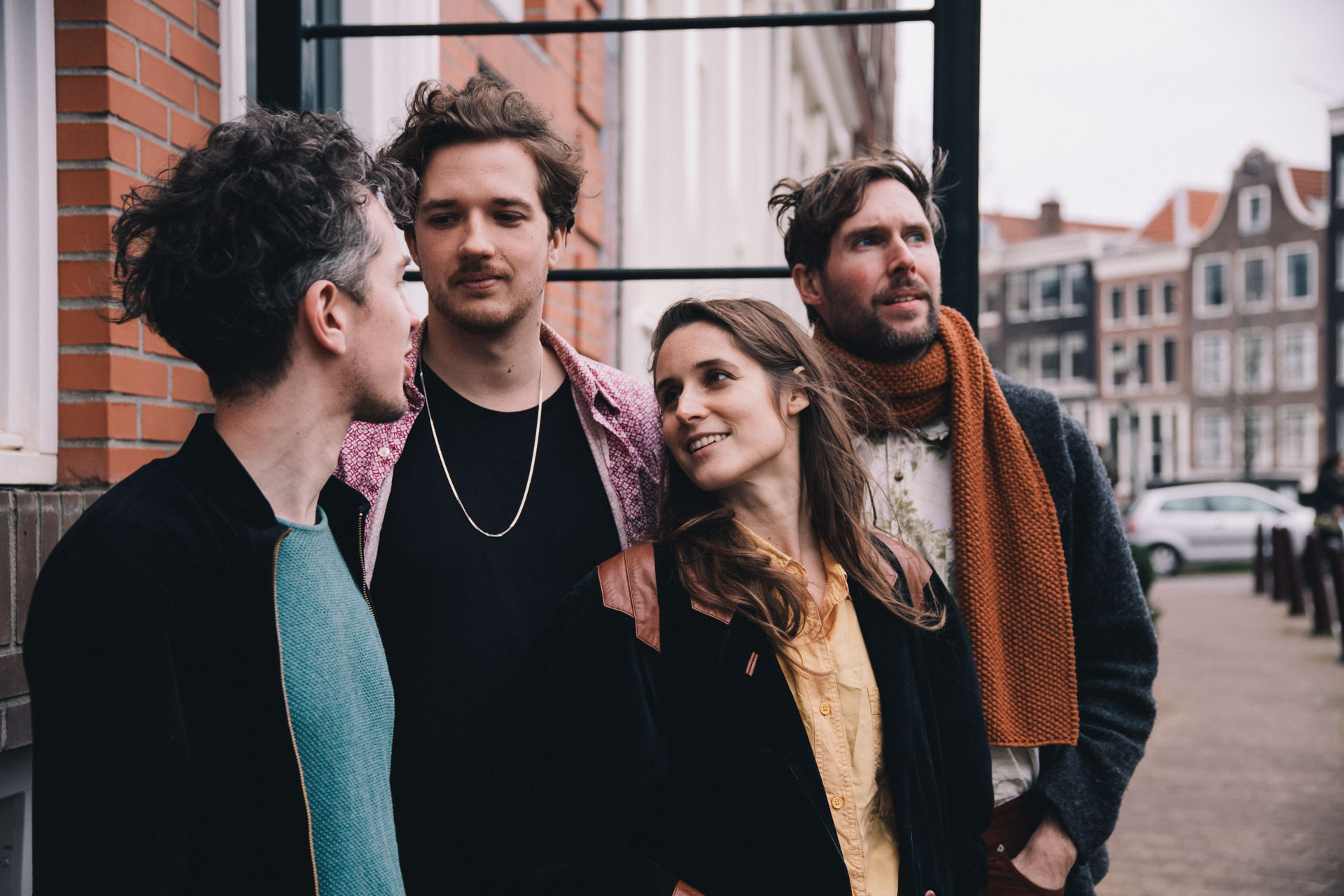 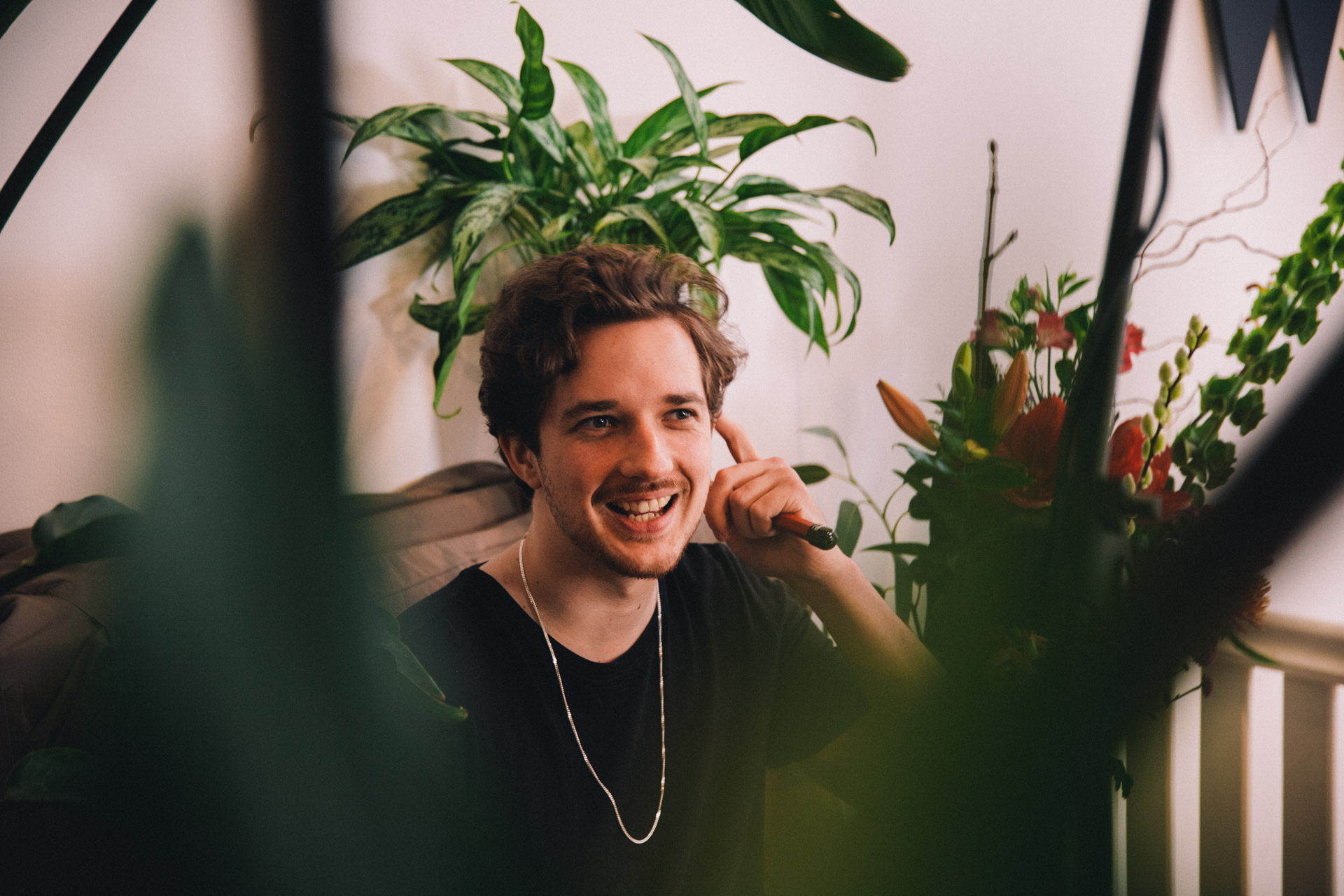 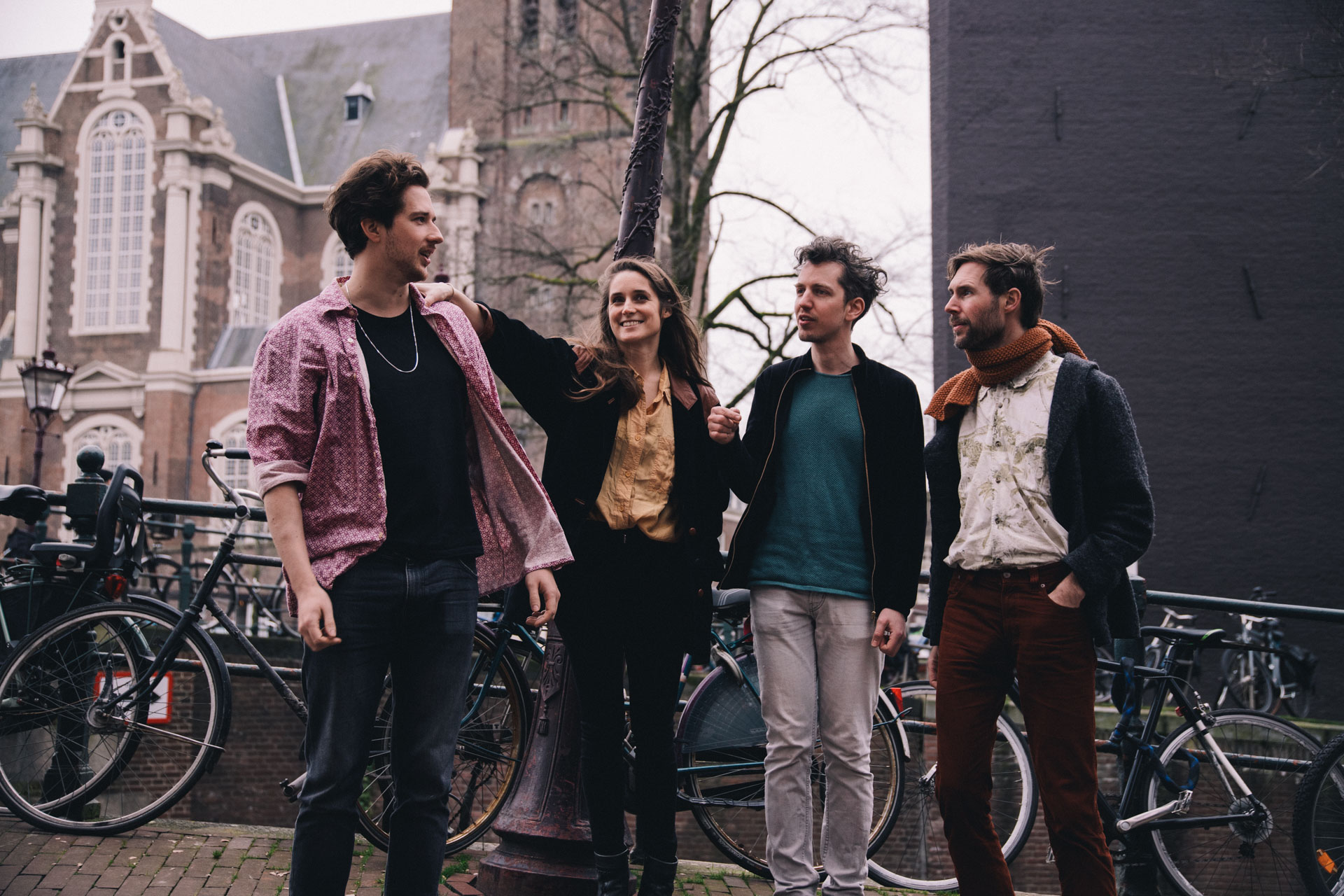