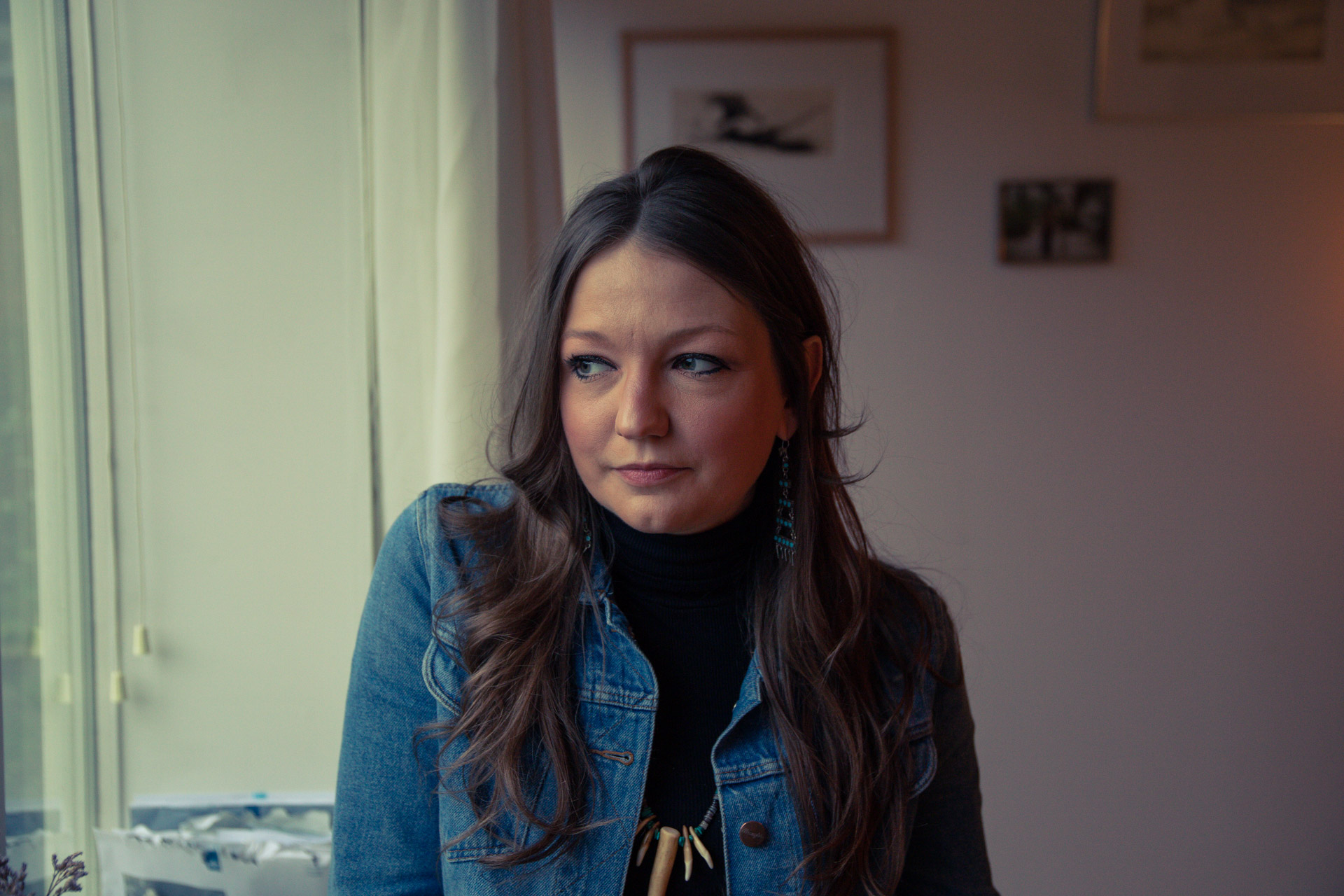 White Noise/White Lines is already Kelsey Waldon’s third record in five years time. The Kentuckian country singer has followed her own path since the start. And the cheers of her friends, colleagues and music journalists were noticeable, even from this side of the ocean, when she signed to John Prine’s label Oh Boy Records for her third record. I was cheering too, when we arranged this session in Amsterdam last February, where Waldon covered John Anderson and Townes van Zandt. Watch those covers and Kentucky, 1988 and read what her friends and colleagues Michaela Anne and Caroline Spence wrote about her.

‘Kelsey Waldon is one of a kind.’

‘When I moved to Nashville almost 6 years ago, I played a show at the 5 Spot my second day in town. I remember after the show, meeting and chatting with a sweet woman named Erin Rae and a bass player Andrew Hunt. At one point Erin Rae turned to Andrew and said, “She should meet Kelsey.” I asked, “who’s that?” Erin Rae said, “oh our friend Kelsey Waldon. She’s a great country singer and I just feel like y’all should meet.” I started to hear this a lot that first month in town: “You should meet Kelsey Waldon.” I looked up her music and listened to her record The Goldmine. Her song “High In Heels” was an instant favorite. So I did what we do in the 21st century, I tweeted at her. She replied she’d been hearing my name as well. We exchanged numbers and made a date to meet. She’s been a friend ever since.

The last six years I’ve gotten to witness Kelsey grow artistically, musically and personally. I’m proud to say I know so many strong, individualized, independent women artists. But Kelsey….she is seriously one of a kind. She has a sense of herself, her upbringing, her Kentucky, country identity that is somewhat foreign to me and quite enviable. But it is enviable in the awe-inspiring kind of way. As a friend, she is always encouraging each of us to be 100% ourselves. Do not compromise. As artists, as people, stay on our own path, do our own thing, follow our own north star: this world needs all of us.

She’s also human. She shows her vulnerabilities in her honest sharing of herself. And she candidly and generously shares who she is through her songs. They are the stories of her life, her childhood, her family, her people, her heritage and her land. Her voice is immediately identifiable as her. I always say Kelsey has that dirt wisdom. She is a woman of the earth. Kelsey, Caroline Spence, Erin Rae and myself share a text thread. It’s a support group in many ways. We celebrate each other but we also share our doubts, fears and misfortunes. Kelsey will often hit us with what we lovingly refer to as a “Kelsey-ism”: some deep encouraging wisdom. She’s not only a great musician, she’s a great cook, a great gardener, a great storyteller. I can’t wait to be old ladies and still friends with Kelsey, going to her house to eat black eyed peas and greens from her garden. I’m lucky to experience her wisdom as a friend but we are all lucky to experience her wisdom through her music.’

‘We’re lucky she lets us hear her stories’

‘You don’t have to spend more than 5 minutes with Kelsey Waldon to know what she is about. You don’t have to hear more than a few notes of her singing to get a sense of who she is and where she comes from. Kelsey plants her roots deeply into all that she touches. Whether it’s her music, her garden, her friendships, she digs in and gives her whole heart. In a world and industry where authenticity can be more of a buzzword than a way of life, Kelsey Waldon is the realest of deals.

I feel like Kelsey honors a tradition of country music by letting it run through her while she guides the pen; she reaches forward but with a firm grasp of the past. This is why she is one of the greatest country songwriters of the younger generation; she has strong roots but is also always sowing her own row.

I’ve known Kelsey for as long as I’ve lived in Nashville and she has not wavered off course once; she has always known who she is and what she wants but has continued to keep herself open to new growth and new lessons. She isn’t trying to be any one else; she has her own stories to tell and we are all lucky that she lets us hear them.’