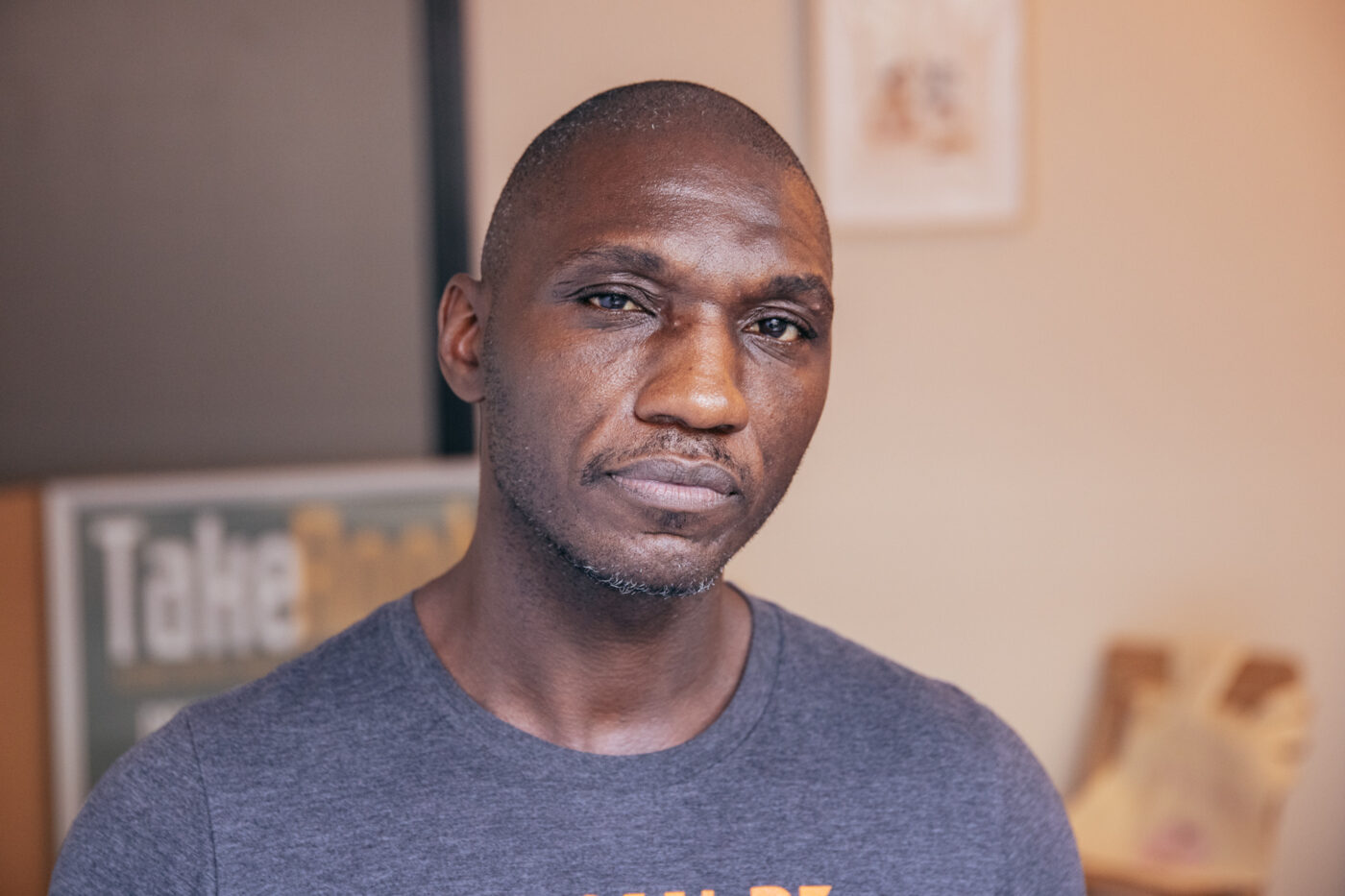 A lot of the times when I’ve just finished filming a session, I can’t stop smiling. At Take Root festival, the smiling began as soon as Cedric Burnside walked into the room. His magnetic personality, his powerful music and the sheer joy he exhumed playing his and his grandfather R.L. Burnside’s songs made it an unforgettable experience and I still can’t hide my smile every time I look back on that moment. Good music, in great company. Life can be so easy.

Cedric Burnside’s Benton County Relic from 2018 was my favourite blues record in quite some time. Well, in the meantime it’s been overtaken by another; Burnside’s new album I Be Trying is everything I loved about his earlier work and more. It’s nominated for Best Traditional Blues Album at the Grammy’s for a reason. To quote his own website: ‘The Mississippi Hill Country blues guitarist and singer/songwriter contains within him the legacy and future of the region’s prescient sound stories. At once African and American and southern and Mississippian, these stories tell about love, hurt, connection, and redemption in the South.’

Burnside is blessed by the music genes of his family, like his father, his cousins and his grandfather R.L. Burnside – whose songs Cedric chose to cover during this session. As a thirteen year old, Cedric joined his grandfather’s band and by now he’s become an accomplished songwriter in his own right. Before releasing these two recent records under his own name, he released many more records as Cedric Burnside Project and with various collaborations. I’d recommend listening to each and every one of them, and wish you a lot of fun diving into his work.

Earlier this week, The Influences’ YouTube channel reached the 17.000 subscribers mark. That’s very nice and all, but the more the merrier. So, please visit youtube.theinfluences.com and hit the subscribe button. It’s free!