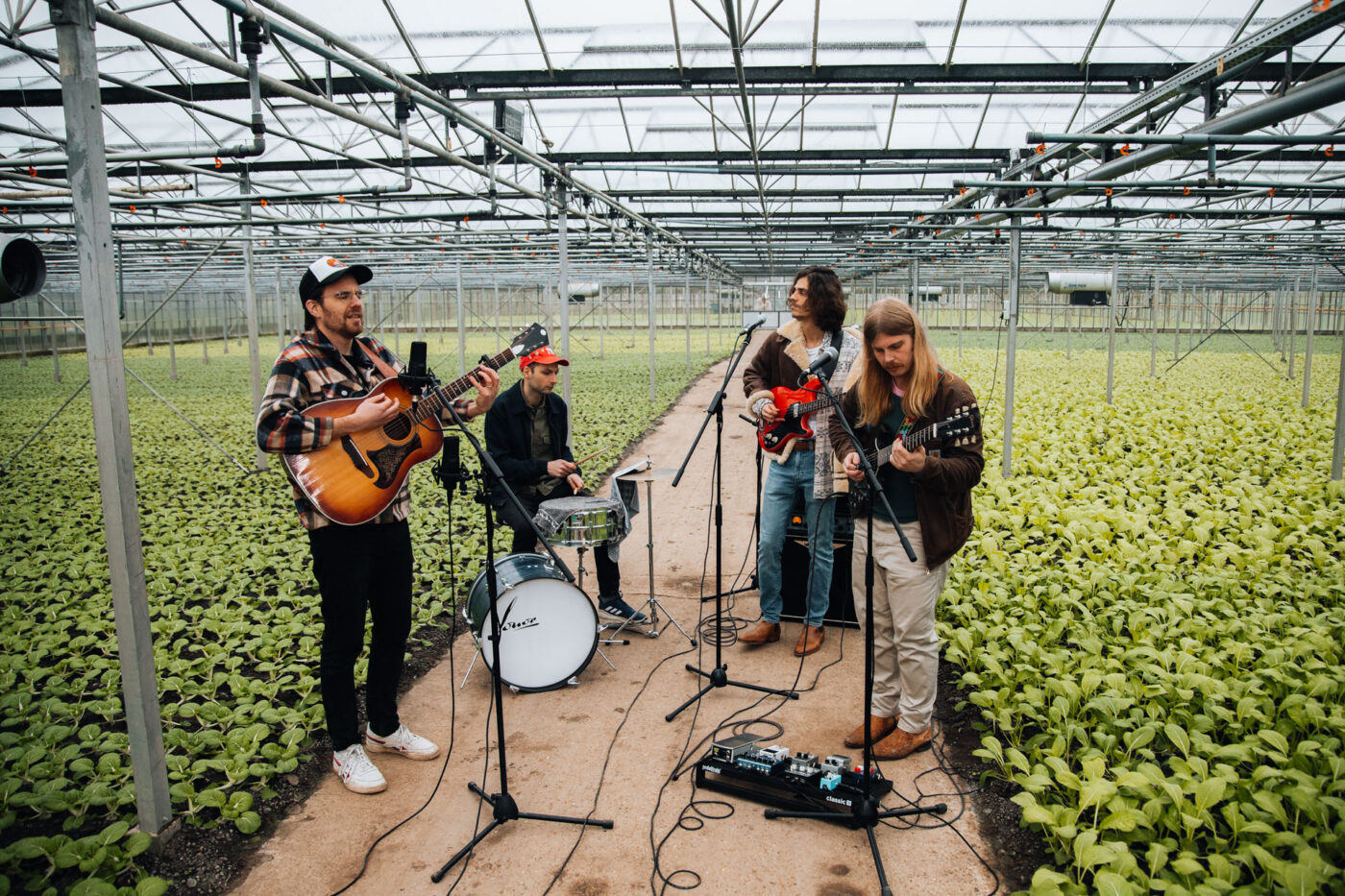 Do you know that feeling when a friend of yours is really talented and all that talent comes to fruition? When I heard Elephant’s song Calling for the first time, I got that feeling. The Dutch band has a really exciting debut album set for release in Spring 2022 on Excelsior Recordings and is playing the online version of Eurosonic Noorderslag next week. Lead singer Frank Schalkwijk and I go back about fourteen years now, you might know him from playing guitar on the Traditionals records we made, or on Davie Lawson’s Rags. With Elephant, he’s ‘finally’ going all out. And it shows.

In December 2021, we met in a greenhouse in my old hometown of Ridderkerk, owned by guitarist Michael’s stepdad, and recorded a session that I’ll publish sometime this Spring, around the time of the album release. We also filmed an extra song, and I like it so much, that I’ve decided to post this one now, rather than later this year.