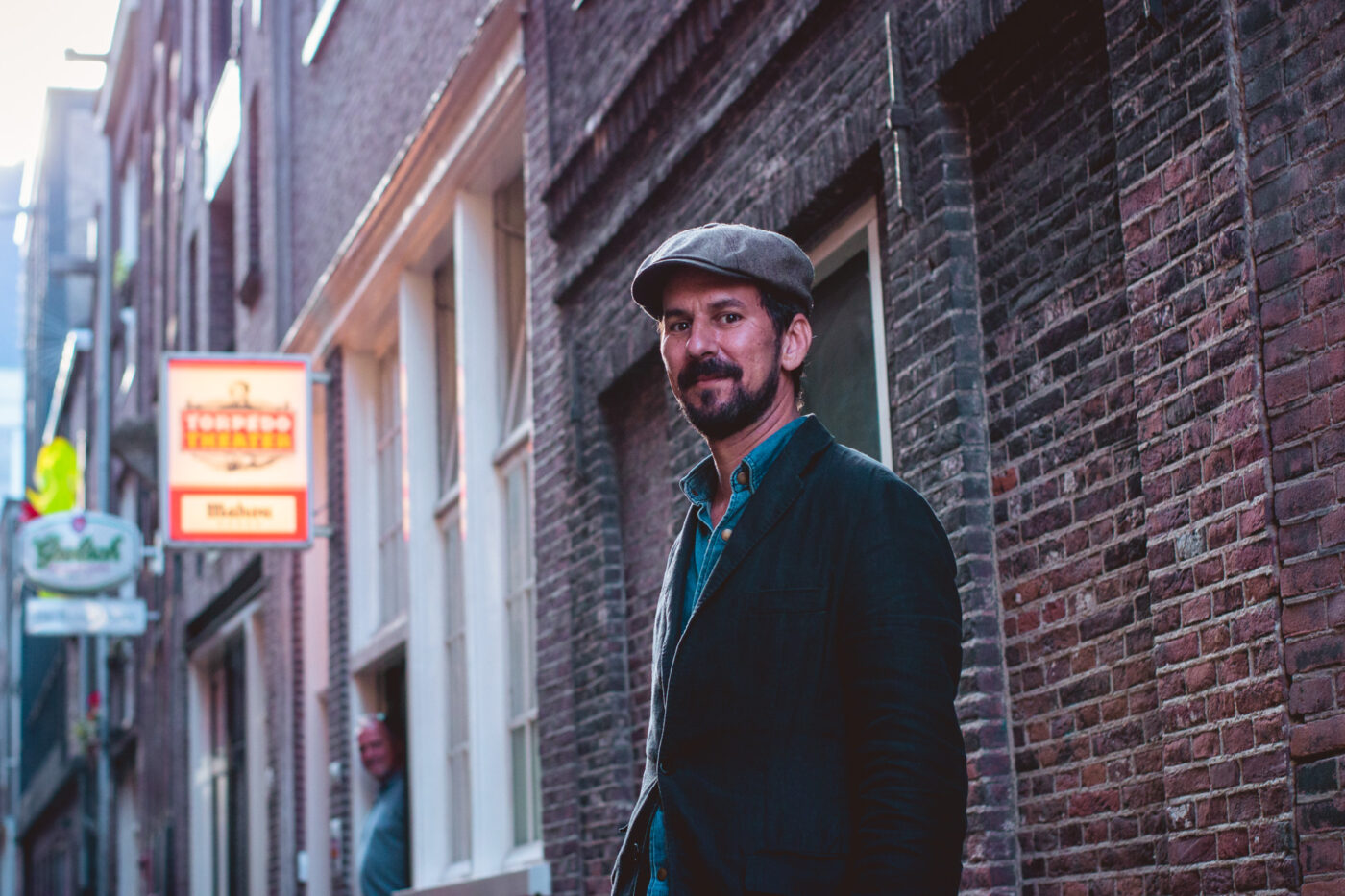 When you take a peek at Gill Landry’s Instagram account, you’re bound to see many gorgeous landscapes and still images of his surroundings, wherever that may be at that time. When I listen to his music and close my eyes, the same thing happens. His songs are as timeless as the traditional song Red Rockin’ Chair ,which Landry recorded in this session back in 2018, when (as he would say) traveling was like drinking water.

“When Molly Tuttle plays, her fingers dance across the fretboard.”

When Gill Landry and I filmed this session, his fifth solo record Skeleton at the Banquet wasn’t released yet. Landry released it in 2020 and it has been a regular go-to album for me. Perhaps it’s because of the soothing quality of his voice, and god knows we all were in need of some of that at times these past years.

At Torpedo Theater in Amsterdam, probably the smallest theater I’ve ever stepped foot in, Landry covered the traditional folk song Red Rockin’ Chair. A song that has been previously been covered by Dutch folk musician Theo Sieben for our Traditionals II album. He also sang Denver Girls, the opening song of his latest album

It’s with great pleasure that I finally present this session to you, and I hope you’ll give it your time. And Gill, when traveling has become like drinking water again, let’s film another one please. I promise it won’t take me this long to edit and publish it again.