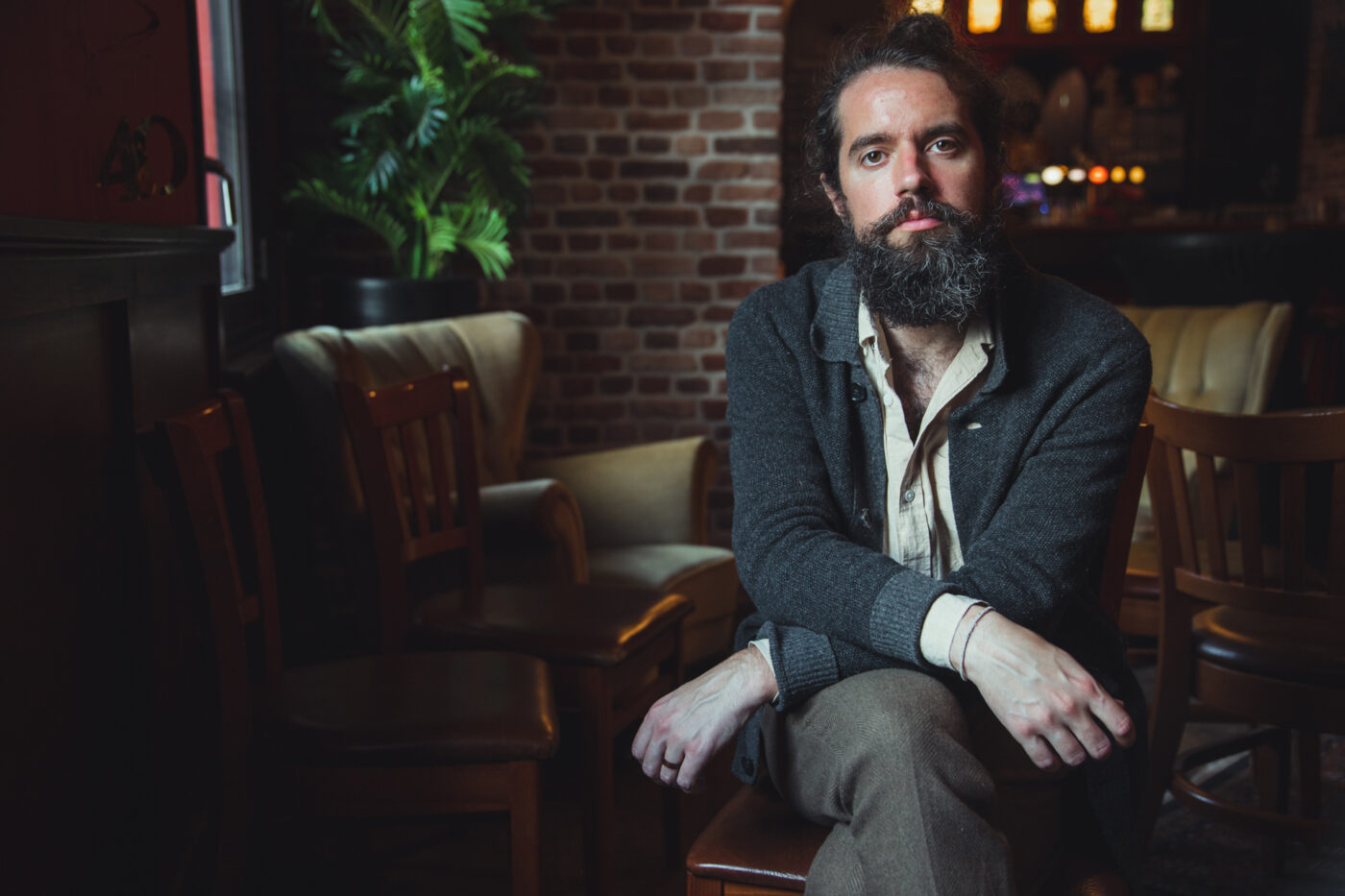 July 29 is going to be a good day. Why? Well, that day Fantastic Cat’s debut album will be released and it’s going to be great. Fantastic Cat is somewhat of an all star band from the USA, you could say, with the four songwriters Anthony D’Amato, Brian Dunne, Mike Montali (of Hollis Brown) and Don Dilego. Dilego recorded a session with us at Take Root last year, so keep an eye out for that one on this website soon. In May this year, D’Amato – who recorded two sessions already – toured Europe supporting Keb’ Mo’, so we met up in Eindhoven, talked about our lives, looked for good train spots on his route, and – of course – filmed two songs; a Fantastic Cat song and a Warren Zevon cover.

“Living in a state of perpetual uncertainty and frustration.”

“I heard a song on the radio a while back where I thought the singer was saying “C’mon Armageddon,” and I really liked the line. I went home and looked up the lyrics and it turns out he was saying neither of those words, but it got me thinking about the toll of living in a state of perpetual uncertainty and frustration with the state of the world. There are times when you find yourself rooting for a meteor to swoop down and wipe the slate clean. The past few years have been exhausting, and with so many things feeling like they’re moving in the wrong direction, I don’t think I’m the only one who wonders if the end of the world might not be such a bad thing.”

“Each line is its own little masterpiece of bittersweet simplicity.”

“Keep Me In Your Heart is one of those perfect, timeless songs that just sounds like it’s been around forever. The lyrics are absolutely devastating and cut right to the core of the fundamental human desire to be remembered, to live on after death, even just for a little while. I’ve been playing this song with the new band I’m a part of, Fantastic Cat, and we all take a verse, but I selfishly wanted to sing them all for this session because each line is its own little masterpiece of bittersweet simplicity.”

Keep Me In Your Heart (Warren Zevon)
Spotify | Apple Music