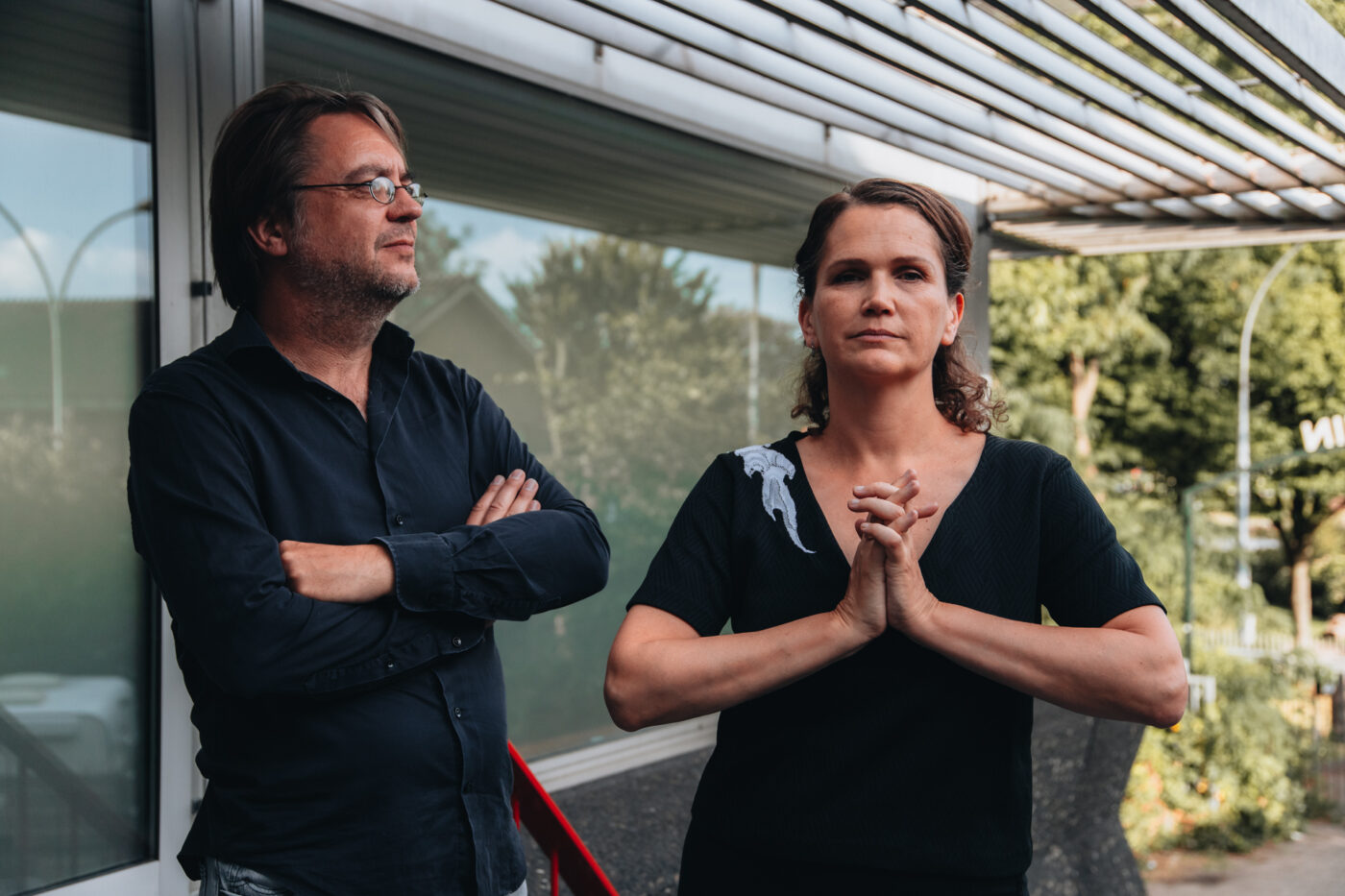 When a friend gifted me VanWyck’s debut album An Average Woman in 2018, I didn’t know what to expect. And if I had had any kind of expectations beforehand, they would surely have been exceeded by the artist from Amsterdam. They certainly have on the following records Molten Rock (2019), God Is In The Detour (2020) and this years The Epic Tale Of The Stranded Man. It’s hard to describe her music and do it justice. I guess I’d call them folk songs like Nick Cave writes them with a bit of Leonard Cohen in them somewhere. Listen for yourself and please tell me if you come up with a better description.

Back in 2019, VanWyck already played our live show in Utrecht and we had plans to film a session ever since. This Summer, it finally all came together and I met VanWyck’s Christien Oele and guitarist Reyer Zwart at the Tolhuistuin in Amsterdam, where they recorded I Was Innocent (from her latest album) and covers of Allison Russell and Nick Cave.

Watch all three videos below and read what Oele had to say about how these songs influence her music and life.

For VanWyck, creating is a mission for life.

“I chose these two songs because they both mean a lot to me. For me, they are a kind of assignments or confirmations. A mission for life, for creating, for continuing to make things that really matter, that are sincere and honest and ruthless.”

“To keep reaching for the unattainable again and again, for that which is just beyond your control. For me, that’s that electric spark I feel when I write a good new song, or when I’m on stage and completely absorbed in the moment, in a bigger picture together with the audience. Nick Cave’s Push The Sky Away seems like some kind of impossible task, but it’s exactly what I say to myself when I don’t know how to proceed. Just keep on pushing the sky away.”

“Nightflyer gives me a lot of strength and pleasure.”

“Nightflyer by Allison Russel is on her solo debut Outside Child. It’s the record I’ve listened to the most in the past year. I knew her from the band Birds of Chicago, they once played at the same festival as me in Zeeland. It’s great to see that she’s now having this much success with her own album and her own story.”

“It’s one of those songs that has everything in it. It is partly based on an ancient text The Thunder, Perfect Mind, in which a female divine voice speaks. A mysterious text in which paradoxes are always spoken, I think also in an attempt to encompass everything, to oversee the whole of existence, with good and evil.”

“Russell has portrayed that beautifully, she describes on the one hand the trauma that happened to her as a child and also how she has transcended it. So you carry all those things within you, the evil and the good, the powerful and the helpless. By embracing all that, you can move on. Not running away from the pain, but looking the beast in the mouth, so to speak. And then dance to it with pleasure.”

“The lyrics perhaps also are a kind of vision, I think. People sometimes describe when they had a vision, that you then see the whole world, and the connection between all the details at a glance. She has described it so beautifully; you are both the mighty, circling vulture in the air and the vulnerable creature crawling on the ground. You see the good and the evil, the beautiful and the bad. She did that so well in that song. It gives me a lot of strength and pleasure. It’s life-affirming, really.”