It's always special to film the original artist si

I just watched something spectacularly beautiful.

@olekirkeng wrote: "Molly creates a one of a kind

Molly Tuttle after her session at @takerootfestiva

It was January 29th 2015, when I first met American songwriter Andrew Combs. I was in the upstairs room in Paradiso Amsterdam and Justin Townes Earle had just finished his sound check, when all of a sudden, I heard this special voice over the PA. It was Combs, getting ready for his support slot that night. We talked for a little bit and exchanged emails. Little did we know it would take us almost five years to meet up for this session. Combs released several great records since, and his most recent Ideal Man especially has me in awe, but we never managed to make it work logistically, until the very last day of his most recent European tour. I invited him to my house, where he recorded covers of Lucinda Williams and Loudon Wainwright III, and Firestarter. His own song, not a Prodigy cover!

‘I was about seventeen years old and in high school when I learned about Lucinda Williams. That’s when I got into Car Wheels on a Gravel Road. I kind of worked my way back and then forward. I like everything she’s done. By then I was into a lot of stuff, I listened to everything on the radio and Townes van Zandt. Lucinda Williams and Townes were probably newer to my world. That’s when I decided I should try to write songs in that vein.’

‘Other than the fact I just really like those songs… That whole Lucinda Williams record Essence, is one that I come back to pretty frequently. It’s a record that I feel has aged really well. I don’t know, there’s something so simple in the way she writes tunes. It’s very hard to write good songs that sound simple and come across so profoundly. I guess she just moved to Nashville too, so maybe I’ll see her around.’

'The next one will be even weirder'

‘Before then, I was really into electronic music. I guess I took piano lessons and learned a few chords on the guitar, because my dad’s a musician. I started making my own music in my bedroom with computer software. So, I was inherently drawn to electronic music, because that were the sounds that were coming out of my computer. That lead me to Radiohead. From that on, it became more and more song based; I went towards Oasis and The Beatles after them. That sort of gradual shift from sprawling music to a more structure-based idea, which is funny because I feel like I’m slowly moving back towards the sprawling, more incoherent version of music. I like the idea of a song, but I like to blow it up too.’

Ideal Man sees Andrew Combs develop his sound away from the more straightforward sound of his earlier records into a more spacy, ambient sounding version. ‘I just came out like that and it was only after we recorded it, that I realized what was going on. The next one will be even weirder, I’m sure’, he laughs. ‘I have no idea what’s going to happen. I’ve been interested more in stuff like Brian Eno and the new Nick Cave. I don’t know what the word is, more atmospheric, abstract…’

‘The Loudon song… I’m kind of intrigued by the idea of how we end up like our parents. How cyclical life can be. That song is cyclical in itself. It’s really cool, and his words… It’s a really simple song to play but I saw him live here in Nashville not too long ago, and every song is so well-written and funny and sad. I don’t know what else to say. It feels so profound, he’s really touching on something that’s hard to talk about a lot of the times. How your relationship with your parents affects your relationship with your partner is a pretty weird thing to write a song about but is maybe something a lot of people can relate to. Whether or not they know it, are in the middle of a lot of their life.’

Becoming a father obviously changed Combs’ life and his outlook on the world. ‘Different things become more important. I try to really be as selfless as possible, which is really hard to do being an artist. I try to not be selfish. There’s just no time for that when you have a kid. Things that are more global and worldly are more important than… When I think about the future, it’s more macro than micro.’

On his third album Canyons Of My Mind, Combs already dealt with a lot his concerns with the world we all live in. It was pretty much the first time he shared his view on different matters. There’s plenty of that on his latest, Ideal Man, be it in a more abstract form. I was dealing with the same sort of stuff as on Canyons. Becoming a grown up, what the idea of manliness means. Getting older, obviously my child… one’s a love song for my wife. One song’s about mental illness. I’m not saying I suffer more than most people, but I definitely fight depression and anxiety like a lot of people. And there are songs about that.’ Writing those songs was easy, says Combs. ‘It’s a really good outlet for it. I find it’s therapeutic.’

‘I think I’m still figuring out what it means to be a grown up. The song Ideal Man isn’t about being an ideal man, but about wondering what an ideal man is. What your partners thought of an ideal man or partner is. And are you fulfilling that gap or hole? Having anxiety about it. I don’t know the definition, but it’s something I think about.’

'I trust their taste'

Recently, Combs has been sharing a part of his band with his friend Erin Rae. Both of them talked to me about how lucky they feel to play with these musicians. ‘Dom, Joe and Jerry influenced me a whole lot. Not only do they play a lot on the record, we spent a lot of time together. We listen to music together and influence each other on what we like, whether we know it or not. I feel like a big part of knowing if something is good or not, is if I can get a positive reaction from them. I trust them and their taste so much. They influenced me a lot.’ 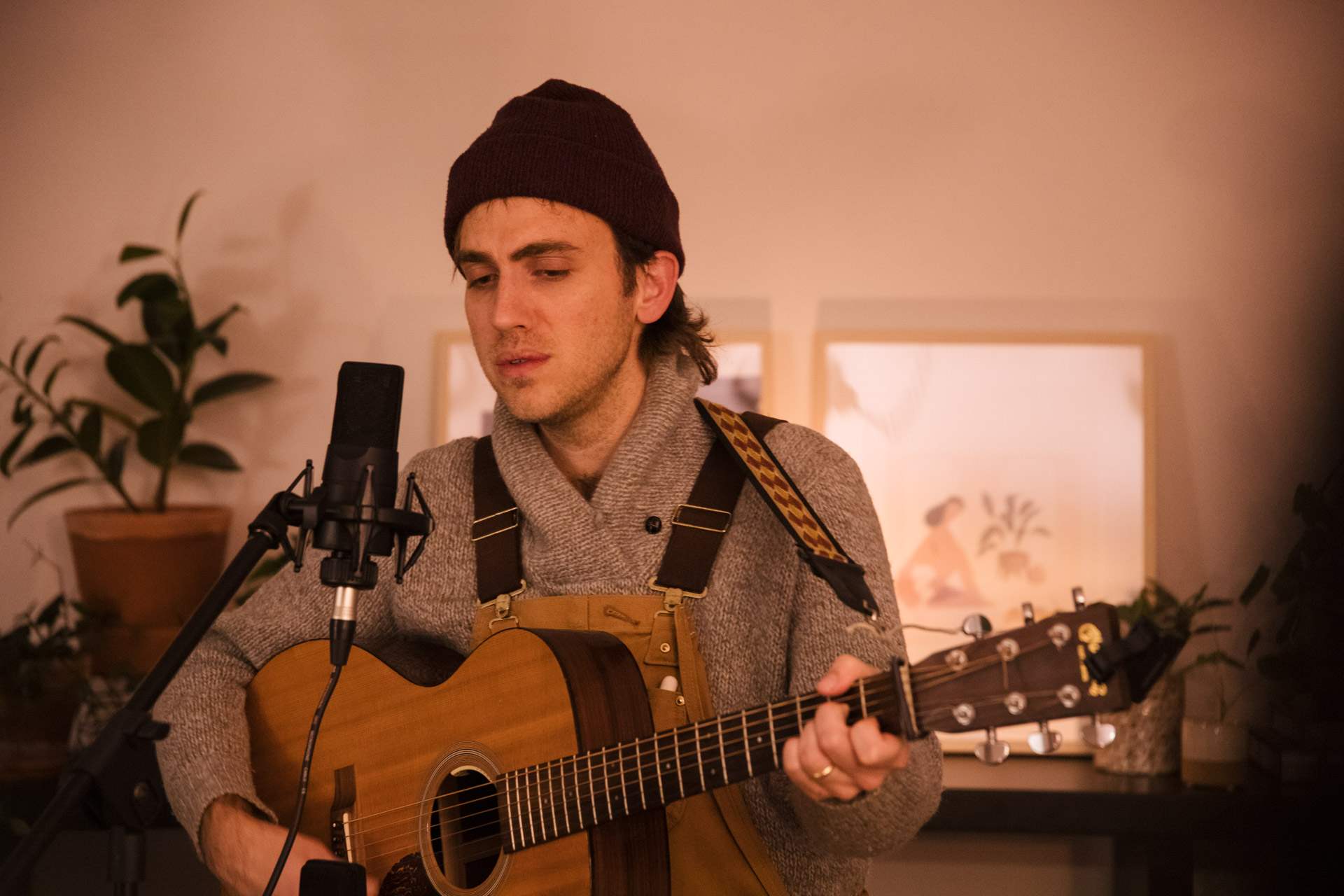 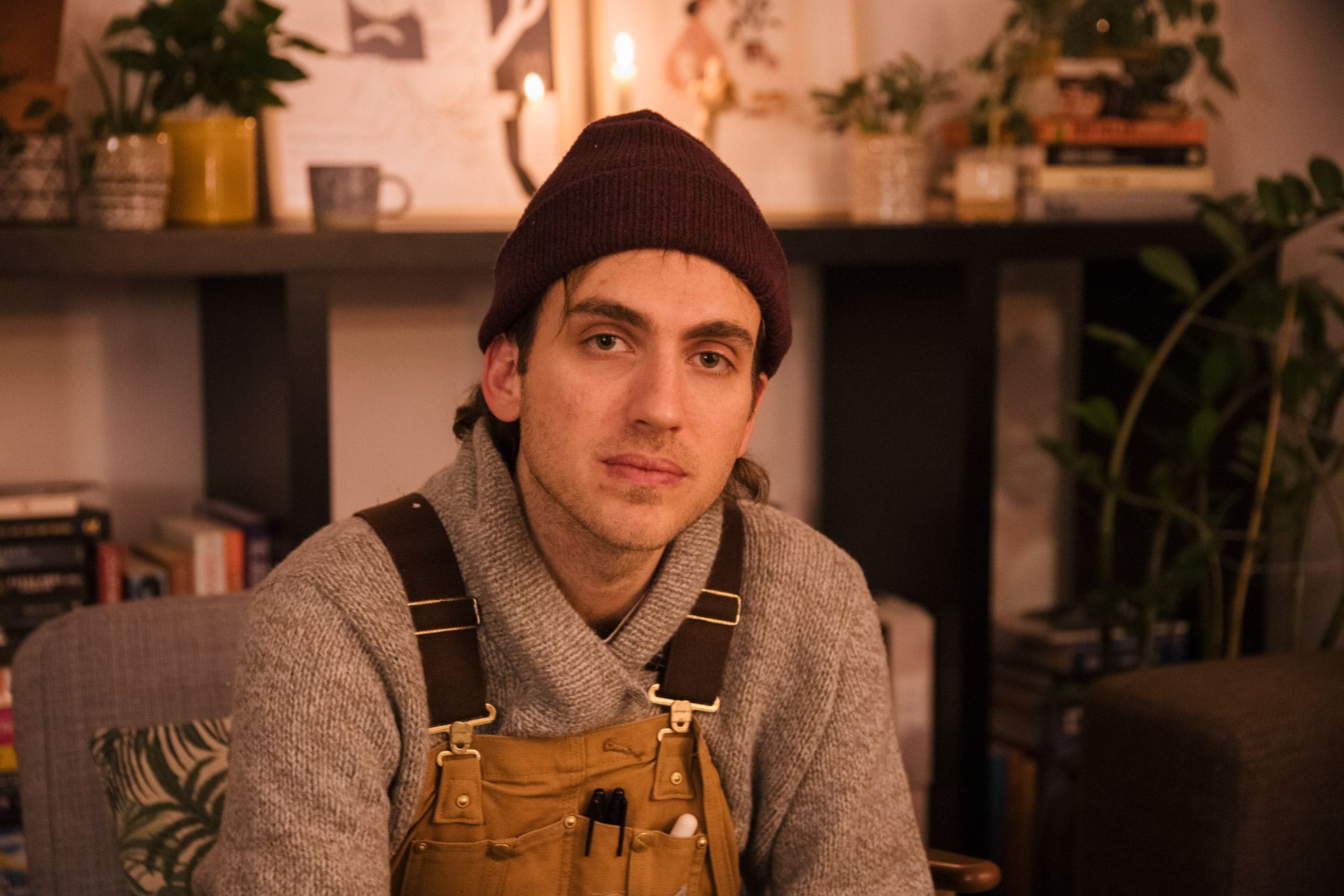 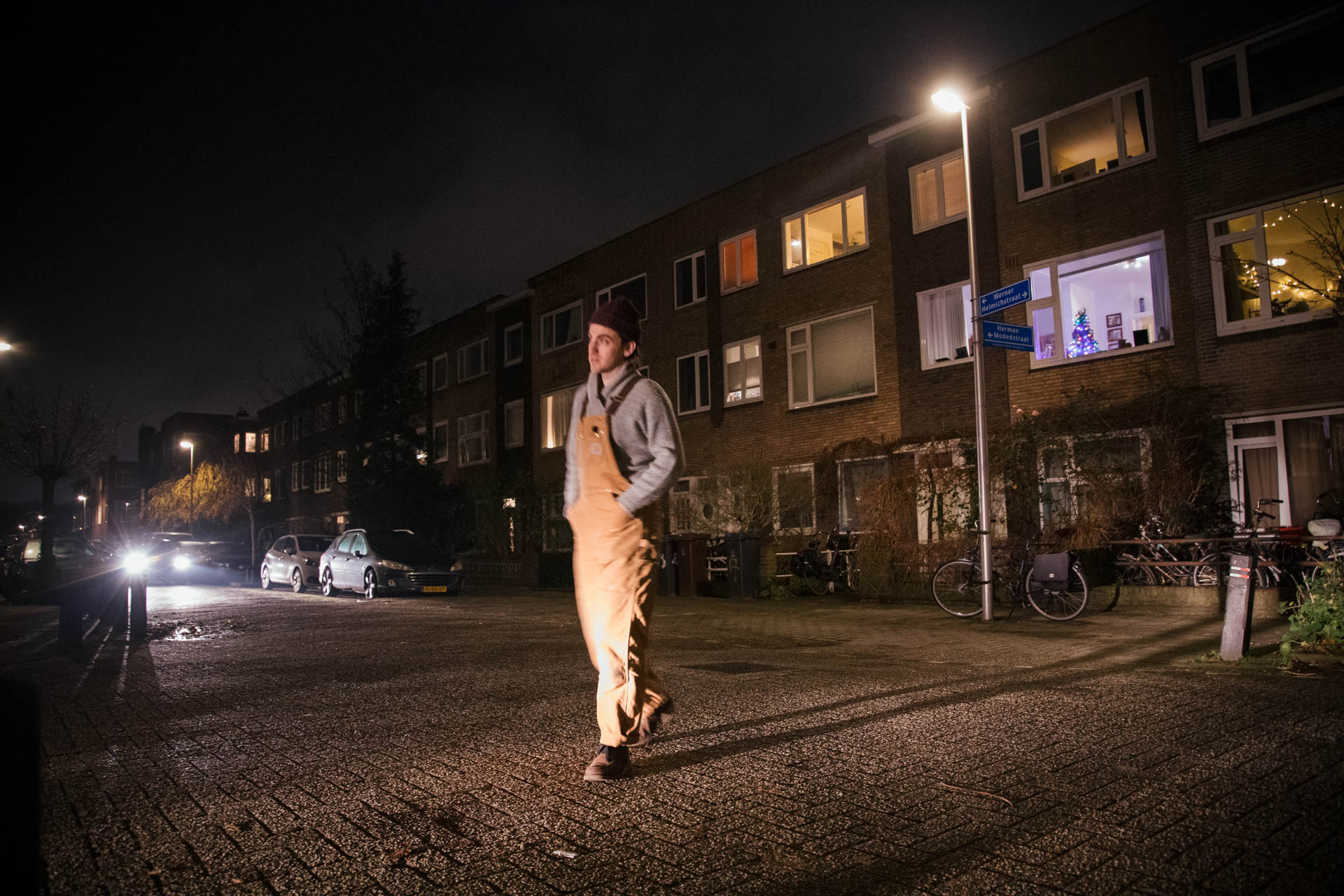 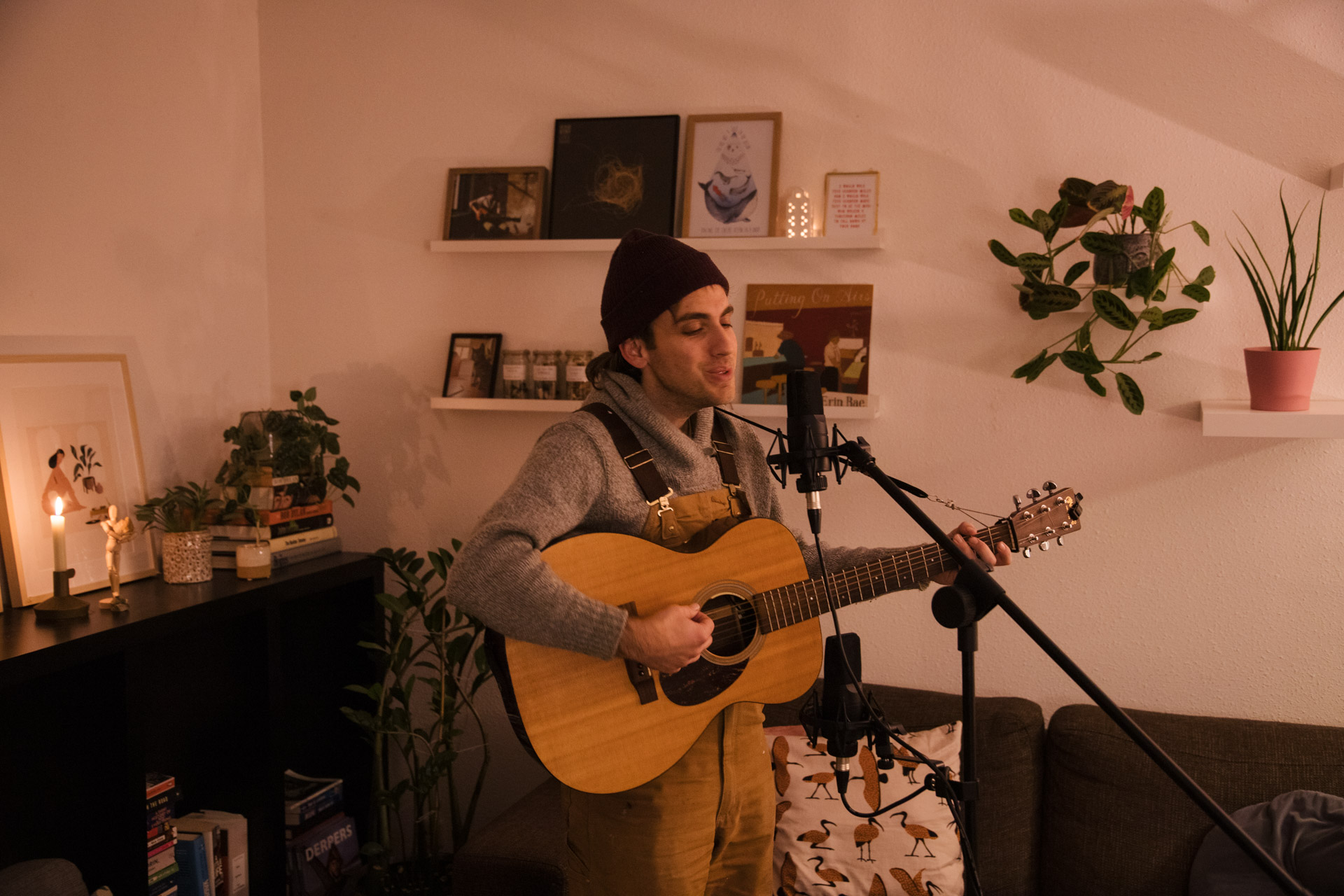 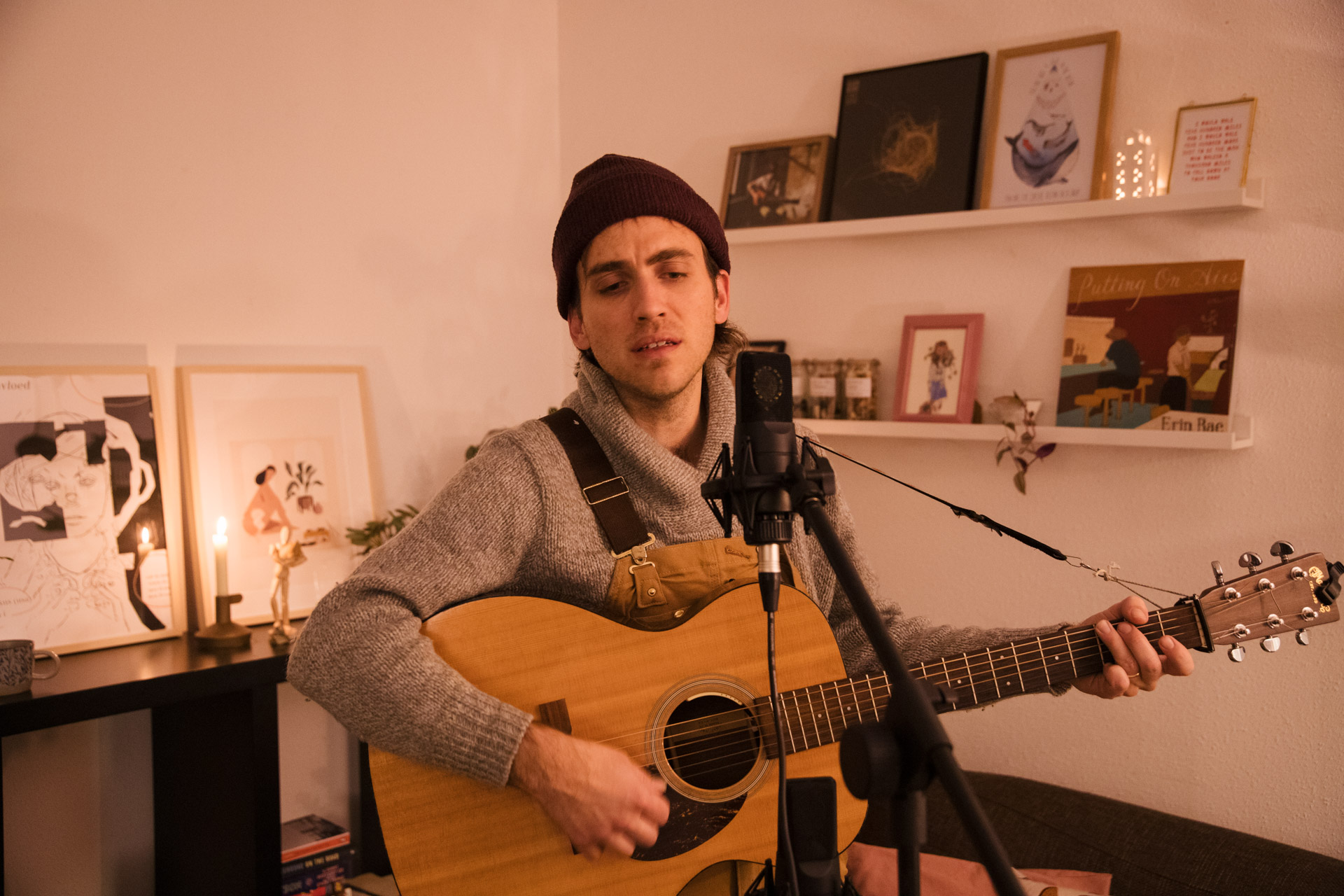 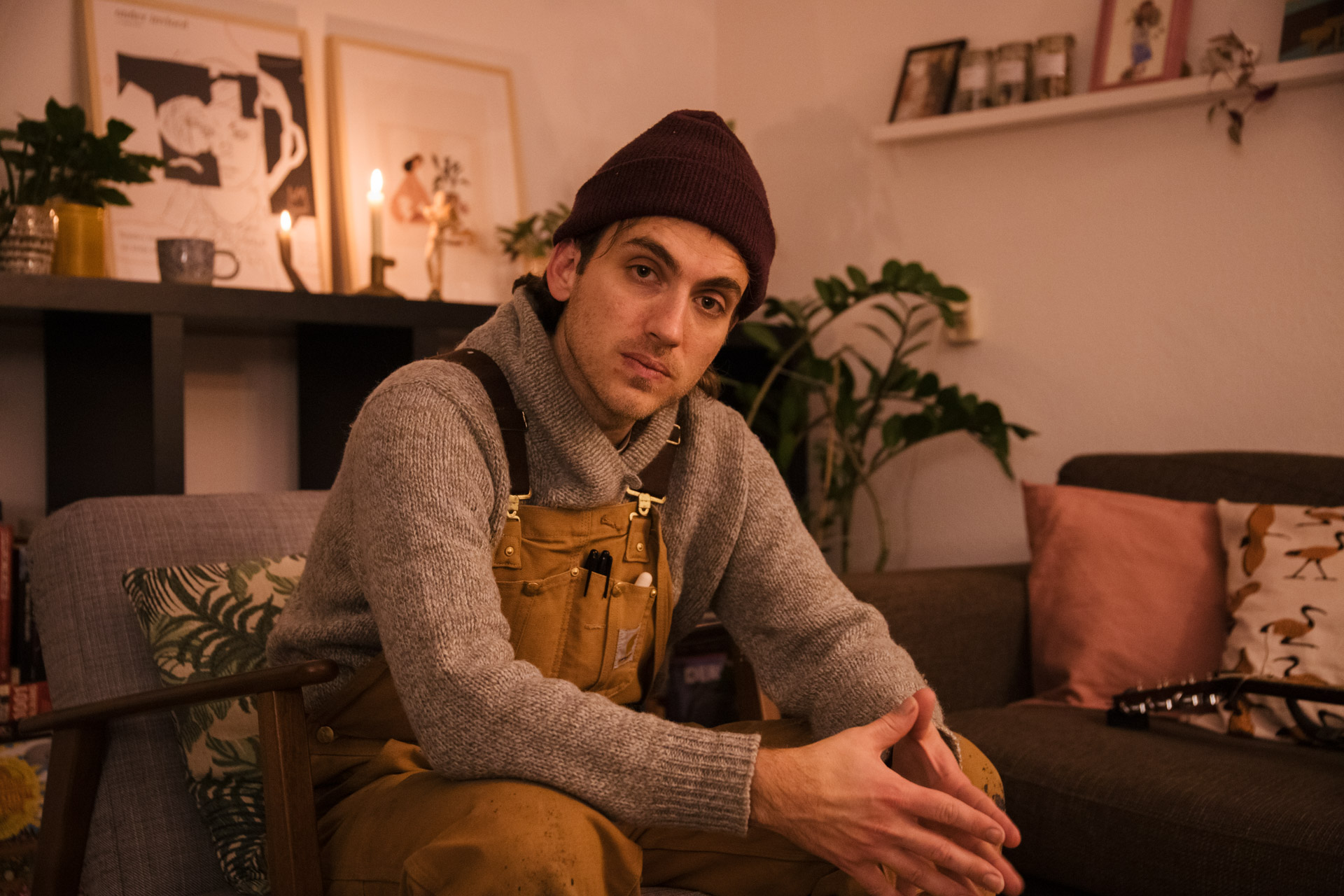 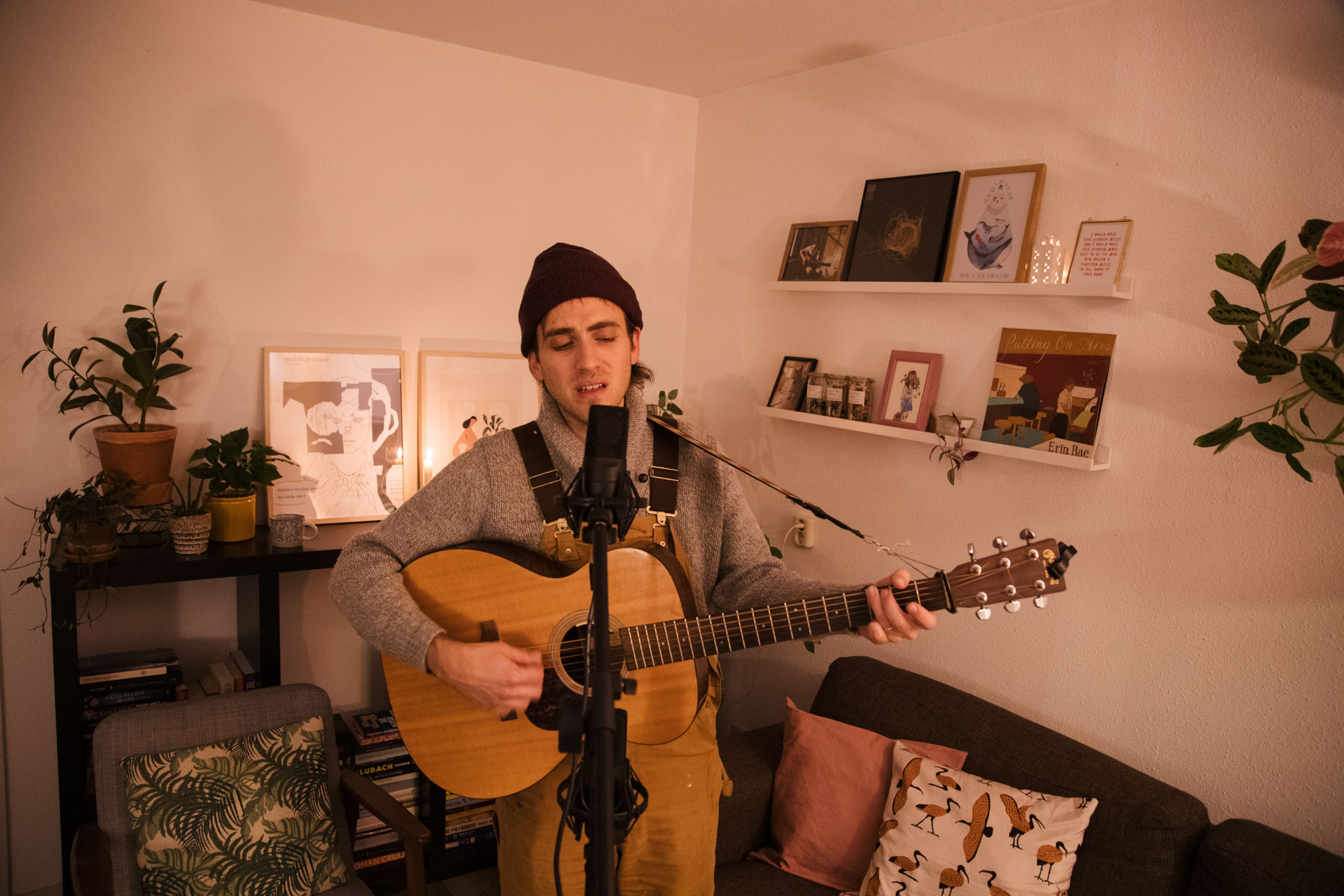 Location
My house.
Utrecht, The Netherlands