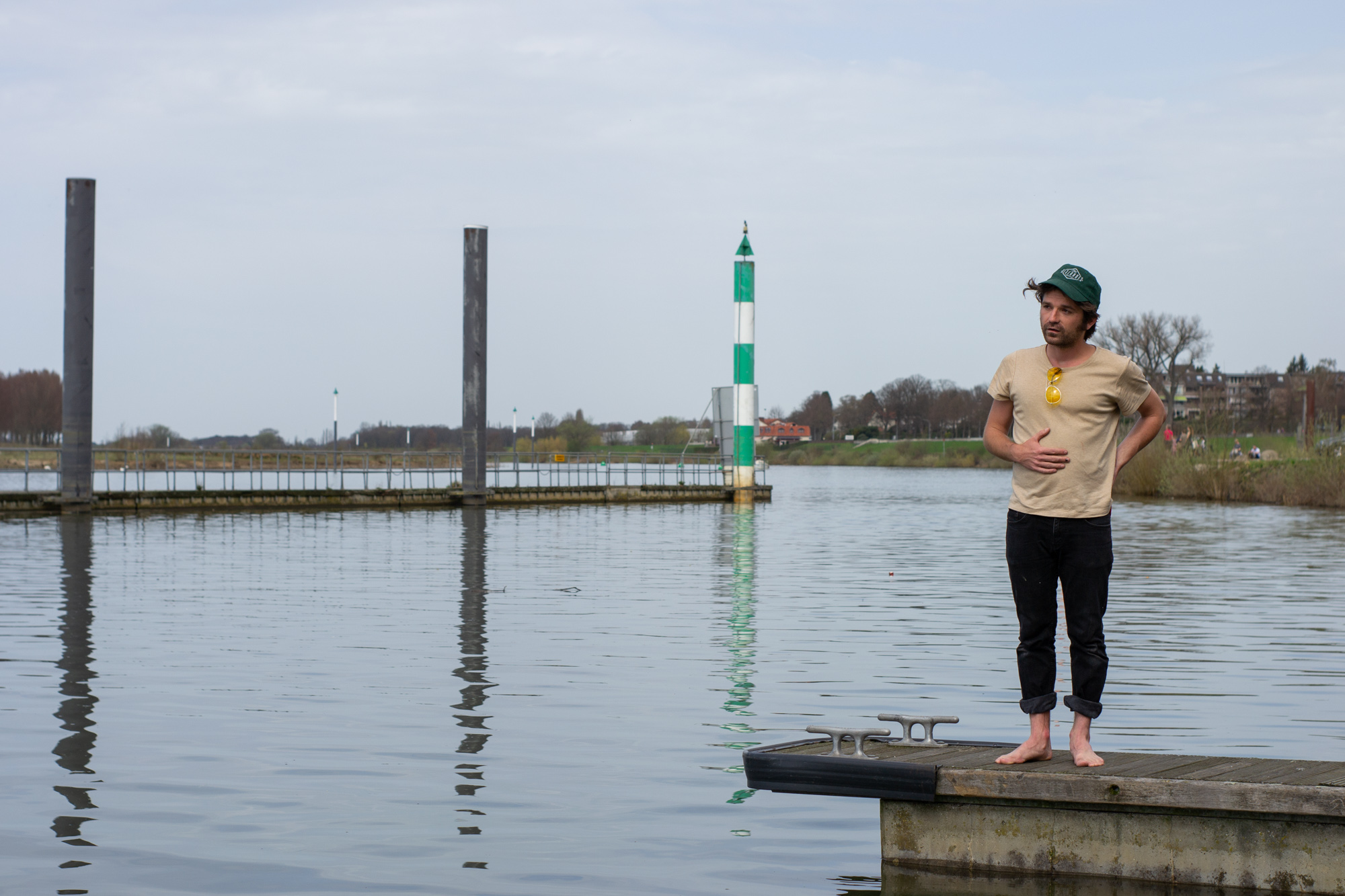 ‘I tend to look up artists that are powerful without explanation or for mysterious reasons. And the kind that are able to speak truths that are commonly understood but never spoken.’ One of the more pleasant surprises I’ve had this last year, was discovering Twain’s latest LP Rare Feeling. Mat Davidson is one hell of a songwriter and his melodies and unique way of singing had me intrigued pretty much right away.

Down By The River

Earlier this year, I drove to Venlo – a city in the South East of The Netherlands – to film sessions at the lovely roots music festival Down By The River. The guys from Sedate Bookings put together a pretty crazy line up featuring – amongst others – The Deep Dark Woods, Kacy & Clayton, Andrew Combs, Twain, Jerry Leger and Blitzen Trapper. With the last three of those, I filmed some stunning sessions down by – come on, guess! – the river. This is the first of them to appear online.

‘I think I’m Set Free may be my favourite song… if I had to pick one. I love the mysticism of that song. It has a meaning that I can’t even begin to explain. I’ve loved the Velvet Underground since I was in high school, but I can’t say my music sounds much like theirs. Wish it did.’ Davidson explains his influences in the same direct and open way he recorded the session. He arrived in Venlo a bit tired, after a couple of bad nights sleeps. But as soon as the cameras started recording him, sitting on a dock at the river Maas – in the radiant sun, the songs seemed to come beaming out. ‘I guess most people know the Velvets, but if not, stop reading this and go listen!’

‘Vernon is a song I just recently heard and in general I’m just finding out about Vic. He really speaks to me. As for Vernon, I couldn’t believe that someone used Cafe Bustelo in a lyric. And the melody is so amazing! And the character, he’s so visible. I’m just getting into Vic Chesnutt, but I really dig him. I’ve been listening to the album Little.

Davidson had been touring by himself for a while and was getting ready to join Courtney Marie Andrews on another string of shows through Europe. It was an impressive experience, Davidson tells me afterwards. ‘Courtney inspired the bejeezus out of me! That is one powerful lady. I admire so much her attitude and style about touring; she is incredibly focused yet, at the same time, super relaxed and light. She doesn’t let anything get under her skin.’

Parting (In Love) is a new, unreleased song by Twain. So there are no other recordings of it as of yet.