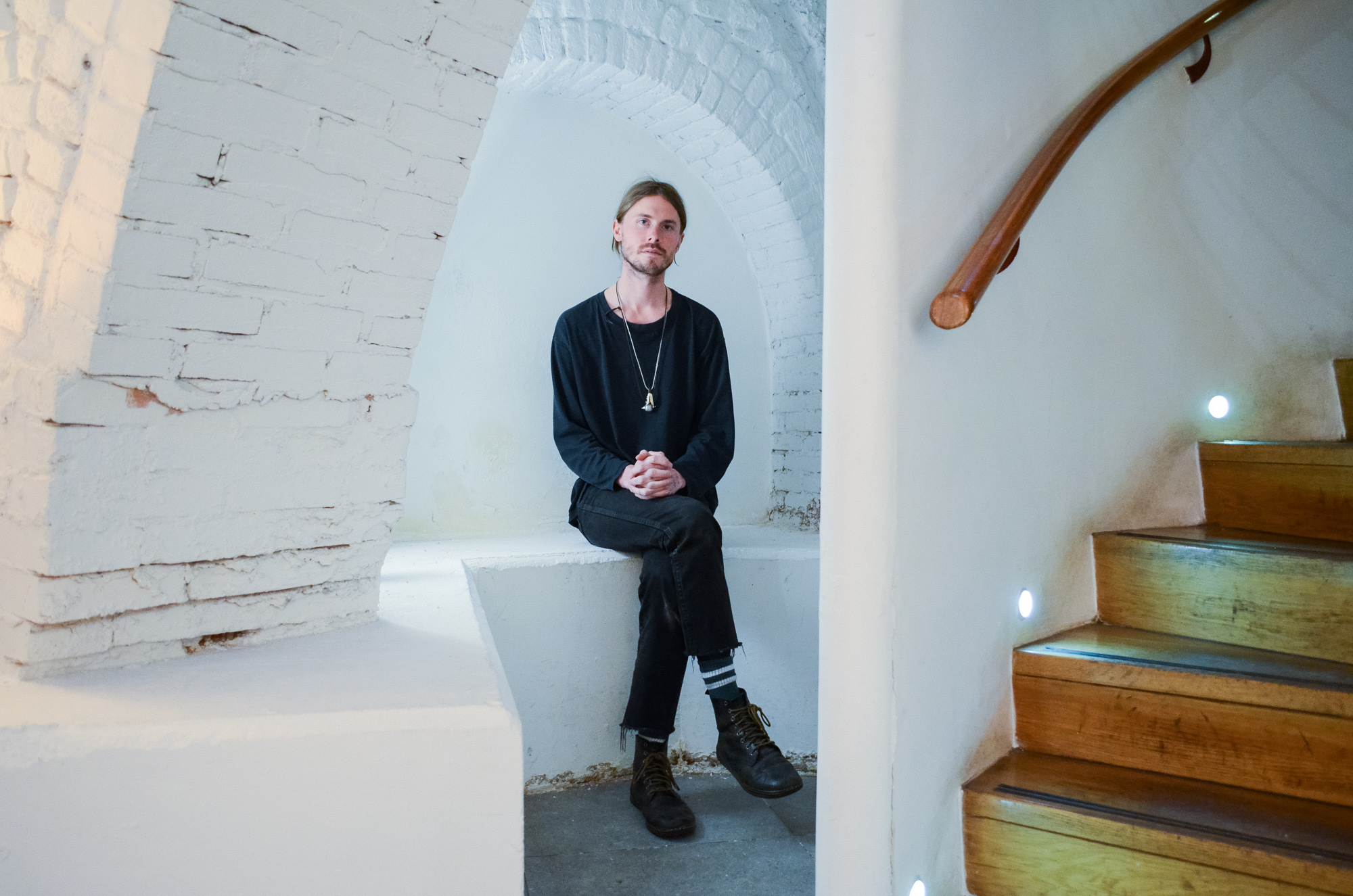 One of the best and most profilic bands of the last five years, in my mind at least, is Hiss Golden Messenger. Based in North Carolina, USA and – more importantly – around a steady group of talented friends that consider each other family. As if lead singer and songwriter Michael Taylor’s prolificacy isn’t enough of a treat on its own, we’re all in for a lot more treats by the talented musician surrounding him. There’s Phil Cook – who recently released his new solo record People Are My Drug, his brother Brad who’s doing all kinds of stuff managing and producing, Josh Kaufman is involved, Scott Hirsch came up with the beautiful LP Blue Rider Songs, Tift Merritt well, SHE’S TIFT MERRITT, and now Ryan Gustafson released a new record as The Dead Tongues. Wow, that was a long sentence to introduce The Dead Tongues, wasn’t it? As long as you check out those musicians if you haven’t already, it was worth it. Trust me.

Now we’re onto the main topic of this post, let’s ask the man about some of his influences. ‘When I was I think twelve years old, an older friend gave me a blank cassette tape with Radiohead’s The Bends on the A side and Pink Floyd’s Dark Side Of The Moon on the B side. So that was pretty influential at a younger age. I look up to artists who are doing what they do from a place of honesty and curiosity. Those who are going for the feeling more than result.’

’Charlie Parr is one of the greats’

That certainly describes Charlie Parr, Gustafson’s friend whose Hobo he picked to cover in this session. Coincidentally, Phil Cook also covered a Parr song on his previous record. ‘Playing with Charlie on his record Stumpjumper pointed me in the direction that led to my last two albums, and I love this newer song of his. There’s so much that I love about him, but one thing that really struck me is how it feels like every time he sings and plays, he’s all in. He’s not the kind of person that keeps trying to capture that one magic moment, he seems to just always be able to speak to the core with honesty and vulnerability and has the capacity to bare himself in a performance that’s really magnetic and powerful. Charlie’s just one of the greats in the underground, why not check it out?’

‘Wagoner’s Lad was the first song I remember hearing with claw hammer banjo, it was Doc Watson’s version. From there I just got obsessed with learning the banjo. The first thing that hit me was the rhythmic drone of the banjo. Then with the melody, it just feels like the Appalachian Mountains. It’s also one of the only early old-time songs I can think of that talks about the struggle of being poor and female. In some ways this song seems to touch on some feminist themes at times, which is refreshing to hear from that time.’

’Keep saying anything till I start to say something.’

This weekend, The Dead Tongues is playing not one, but two album release shows in North Carolina, having just come back from a long European tour supporting Ben Howard. It suits the way he wrote the new record Unsung Passage, Gustafson eplains: ‘I was traveling a lot more while writing this than previous records. So, it’s all a bit more of a blur, as opposed to there’s where I remember the process quite clear.’ He doesn’t get discouraged at times when the writing’s is going tough. ‘There are many times when I feel like there’s nothing to say, which I know isn’t true. I usually get quiet, sit at a typewriter and say anything. Then just keep saying anything till I start to say something.’

Building an empire in North Carolina

There seems to be a really tight community of musicians in North Carolina. ‘More and more artists keep moving out to NC. I think a lot of people are ready to not be in a big city like NYC or LA where it can feel almost impossible to focus on your art and pay your bills. It’s also a very intentional place to move. Often you might end up in a big city just because it’s what you think you need to do to get a start in music. So, if you’re moving to NC to make music, it probably means you’re aware of the folks out here doing it and are already keen on being a part of it in some way. The music scenes in NC, specifically Durham and Asheville, are really active and feel so much more accessible then in big cities. You can kinda just go out a few times and start to meet people and it goes from there.’

So it’s no wonder Gustafson ended up touring with Hiss Golden Messenger. ‘I think the first thing most people comment about MC’s writing is how prolific he is. We would go on a break for a month and he’d have a new record. One thing that sticks out to me, is not only his ability to output so much material, but how distinct his writing is. He’s never sounded like he’s singing someone else’s song. He’s found his own voice within a song and pen. That’s something that takes a whole lot of time and passion to do.’

Wagoner’s Lad is a traditional song. There are a lot of different versions out there, this one by Joan Baez, for instance.