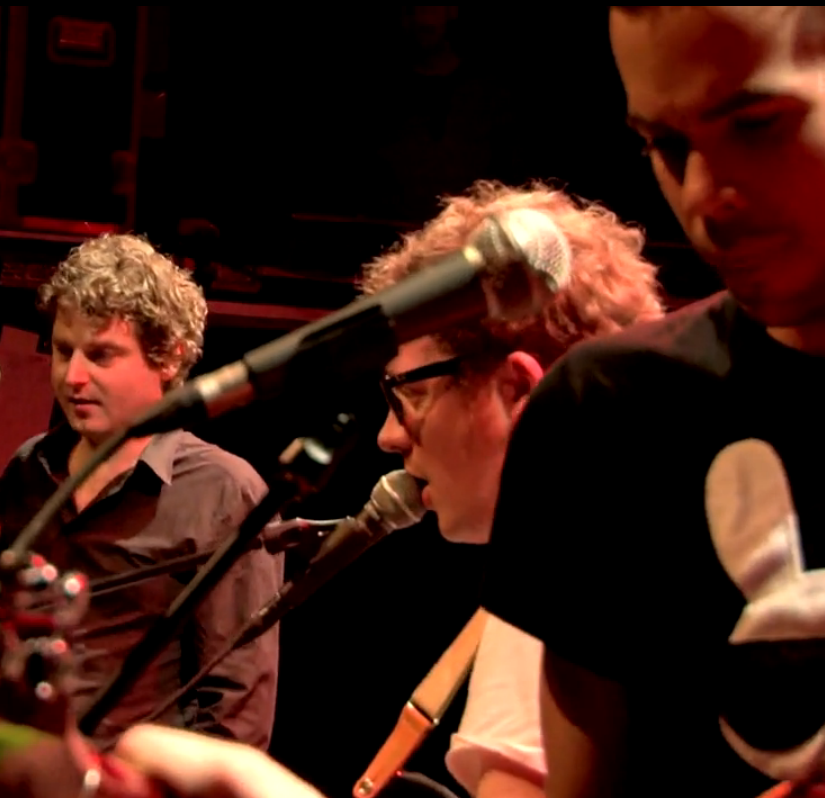 Last week, The Band-drummer Levon Helm died. It made me think not only of all the great songs he’s responsible for, or ‘The Last Waltz’ which is one of my favourite music films, but also of all the various cover versions people have done of The Band’s amazing song ‘The Weight’ for Onder Invloed over the years. So here’s a collection.

I started looking back on the website and old hard drives with footage from Onder Invloed sessions and live shows and remembered a live version by Three Blind Wolves, played at Hedon in January 2011, featuring Maarten Kooijman (ex-Johan) and Case Mayfield. The footage of this show was never edited because we lost the feed of the overview camera with the proper audio recording. But after a quick edit of the two close-up cameras, I decided this was too good to be collecting dust in the corner of my house.

One of the things that, for me, make this such a good song, is the visible love for it every band in the world seems to have, and the fun they have playing it. The overview starts with this new video, and features versions from sessions by Nat Jenkins in Amsterdam and Three Blind Wolves-singer Ross Clark in Glasgow. As a bonus, there’s a version I found of Wilco, Nick Lowe and Mavis Staples rehearsing the song.

Levon Helm passed peacefully this afternoon. He was surrounded by family, friends and band mates and will be remembered by all he touched as a brilliant musician and a beautiful soul.