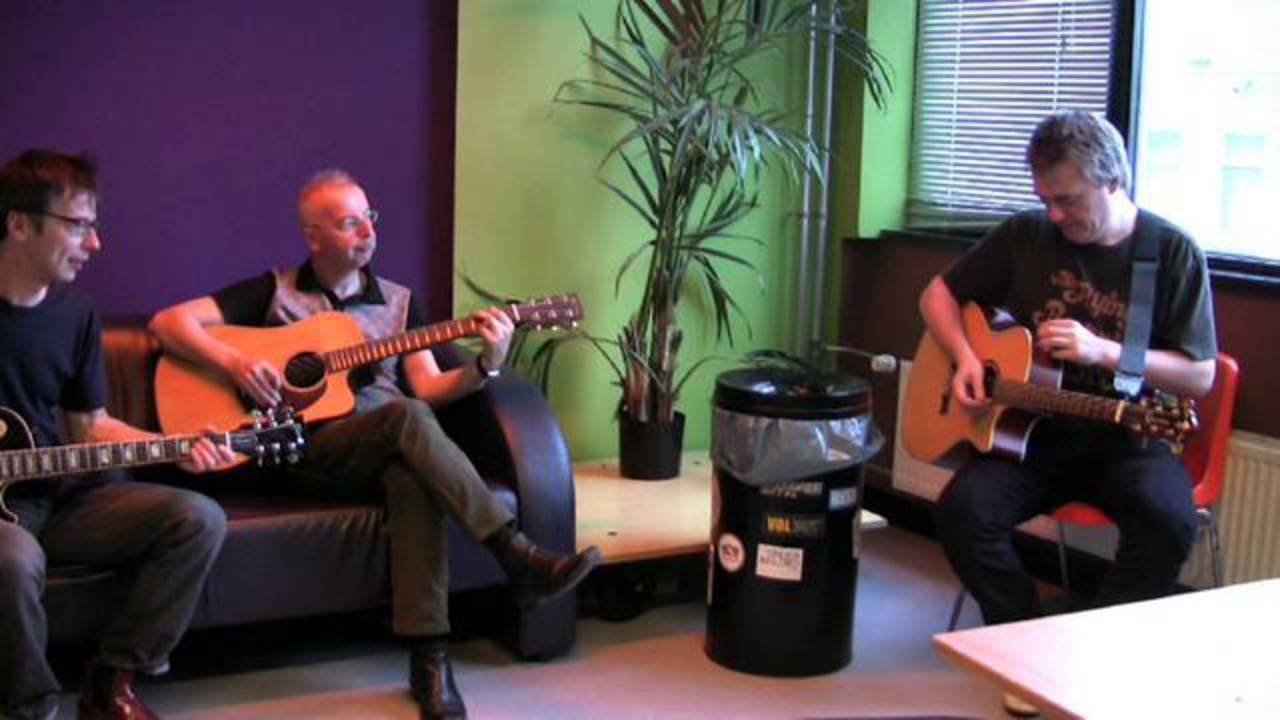 Last Tuesday, I filmed an interview with The Undertones by mister Gijsbert Kamer at the Fine Fine Music night in Paradiso, Amsterdam. Thanks to Frank and Paul at Fine Fine Music, the band agreed to record a session the very next day, after their soundcheck at Tivoli de Helling, Utrecht. They played The Rolling Stones, Velvet Underground and Ray Davies.

The Undertones, a punkrock group from Northern Ireland scored hits with songs like ‘Here Comes The Summer’ and ‘My Perfect Cousin’, but are most famous for their song ‘Teenage Kicks’, which was hyped by English Radio 1 dj John Peel, who rated the song 28 stars out of a maximum of 5. He loved the song so much, he had the line ‘Teenage dreams, so hard to beat’ from the song engraved on the headstone on his grave.

The Undertones – Play With Fire – The Rolling Stones