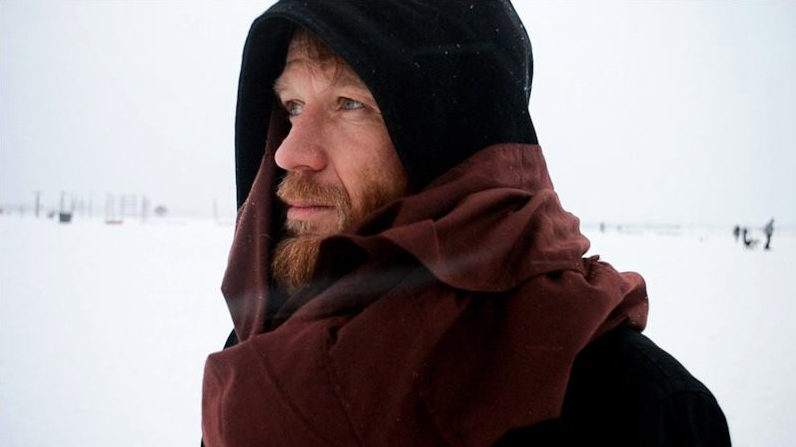 A little over five years ago, I decided it might be interesting to start filming Michiel Flamman, a Dutch musician then operating under the name Solo. He had recorded three albums full of melodic, beautiful songs, but I had the feeling he didn’t really know what was going to happen next. The perfect time to start filming.

Flamman had ended the partnership with Simon Gitsels while releasing the third album Before We Part in 2008 and admitted having doubts about pretty much everything. A lot, at least. What he wanted to do next, how he wanted to feel, how to get there, et cetera. A lot has changed since then. Flamman moved to Berlin and still lives in Germany now, with his girlfriend and two little kids. He never stopped writing songs though and found fresh inspiration in his new hometown, David Bowie, Coil and through exploring his own mind in therapy. His underworld, in German: Unterwelten.

In the years that past since 2008, we talked multiple times, sometimes spontaneous, sometimes in an interview setting. Sometimes I filmed Flamman talking without him even knowing. Finally, in the end of 2012, I drove to Berlin to film him in some of his usual spots and to ask him more about the new album and everything that lead up to it, resulting in this 20 minute documentary, simply titled The Making Of Unterwelten. There are English subtitles available in the video.

Unterwelten is touring as the support act to Blaudzun at the moment and will play two headliner shows in Amsterdam and Utrecht in early June.