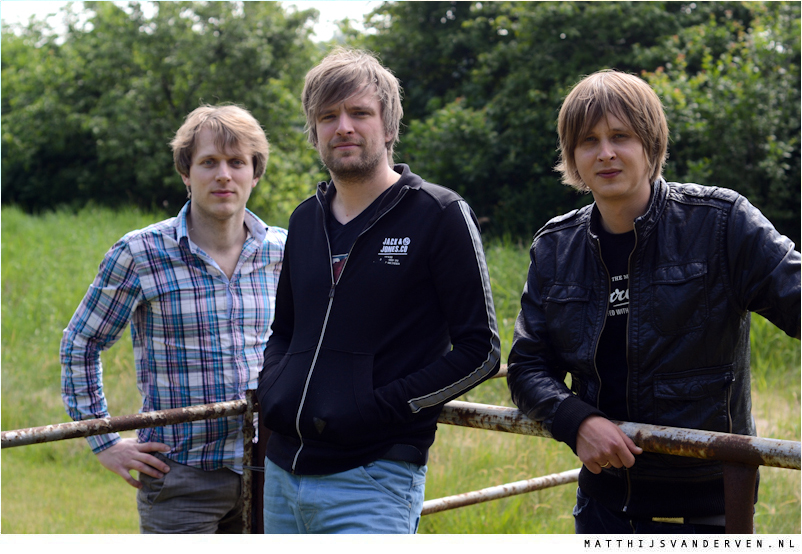 Bas Wilberink formed Color Reporters together with Bertolf Lentink. “It was very difficult to make a top 5 of favourite songs. I could’ve made a list of songs by bands that I listen to a lot nowadays and that represent more of who I am now than some of my final choices. But if I’m honest, these are the artists and songs that have influenced me the most, and still do, both musically and personally.

The other singer of the band, Bertolf Lentink already sent his Top 5 a couple of years ago.

Waltz #2 (Elliott Smith)
“This song has (almost) everything that I look for in music. Melancholy, beautiful vocal melodies, a smart composition and lyrics that leave room for interpretation. But, also sentences like: ‘Tell mr. Man with impossible plans to just leave me alone / In the place where I make no mistakes / In the place where I have what it takes’. He couldn’t have formulated those any more effective, given his coy appearance. He is my all time favourite musician. He always reminds me that you don’t have to sing or play a song flawlessly to be able to touch someone to the bone.”

Strawberry Fields Forever (The Beatles)
“I’ve listened to this band too many times – I still do every week – to not include them in this list. I can’t really pick a favourite Beatles song, so I have to go back to the first song I probably ever heard of them; Strawberry Fields Forever. It was a done deal. I must have been twelve years old and up until then I only listened to acts like 2 Unlimited and Gerard Joling (oops, did I say that out loud?), so it was a rather big transition. My parents owned the red and blue album by The Beatles, on vinyl and CD. Both became completely worn out due to the heavy use. Later on I started collecting all the other albums of course. Now, 21 years and many listens later, Strawberry Fields Forever still intrigues me every second.”

Exit Music (For A Film) (Radiohead)
“This is the most beautiful song of one my all time favourite albums. Again it’s the melancholy in it that speaks to me. Thom Yorke starting it off on his own, with guitar and vocals. In the first refrain they add the ‘fake choir’, leading up to the finale where it all takes off with just that characteristic fuzz bass line, drums and a sort of guitar and synth soundscapes. I’ve always kept following Radiohead, although the album King Of Limbs has made me drop out. Hopefully that’s a temporary thing.”

Lithium (Nirvana)
“Even though I don’t really listen to Nirvana that much anymore, I used to indefinitely. There was a time that all I ever played were their records and bootlegs. Lithium was the first Nirvana song that I heard, on the radio. I got Never Mind at the library and that was mind blowing. The power of the music and lyrics influenced me heavily, as did Kurt Cobain himself. My friends at high school were also addicted to that record. We wanted to do the same and started a band in our school’s music room. I became the singer. Come As You Are was the first song I played on guitar. Lithium must have been one of the first songs we played as a band. In that band, SuperFluous, we had some very special years as teens.”

For Martha (Smashing Pumpkins)
“Smashing Pumpkins also isn’t a band I listen to that much these days. But especially the double LP Mellon Collie And The Infinite Sadness was one I played a lot; a beautiful mixture between blunt guitar songs, pop songs, ballads and experimental approaches. After that record came Adore, on which they obviously had chosen another direction. Not everyone appreciated that, I remember, but I loved it from start to finish. The somewhat atypical For Martha is one of the most beautiful Pumpkins songs ever, as far as I’m concerned.”

Onder Invloed session (Color Reporters)
In 2013 Wilberink’s band Color Reporters recorded a stunning session for Onder Invloed in the outskirts of his hometown Zwolle. They played a couple of their own songs as well as covers of Elliott Smith, Neil Finn and Tim Christensen.

For Top 5 Songs, musicians list five of their favourite songs ever, and explain why those songs are so special. We embed a video for every song and feel that this is a nice addition to the sessions and live videos in introducing you to the influences of some great musicians. This rubric already ran for a while a couple of years ago, when people like Damien Jurado, Jelle Paulusma, Biff Smith (A New International & The Starlets), Bertolf, Alasdair Roberts and Bettie Serveert’s Carol van Dyk sent us their Top 5. You can find all of them right here.