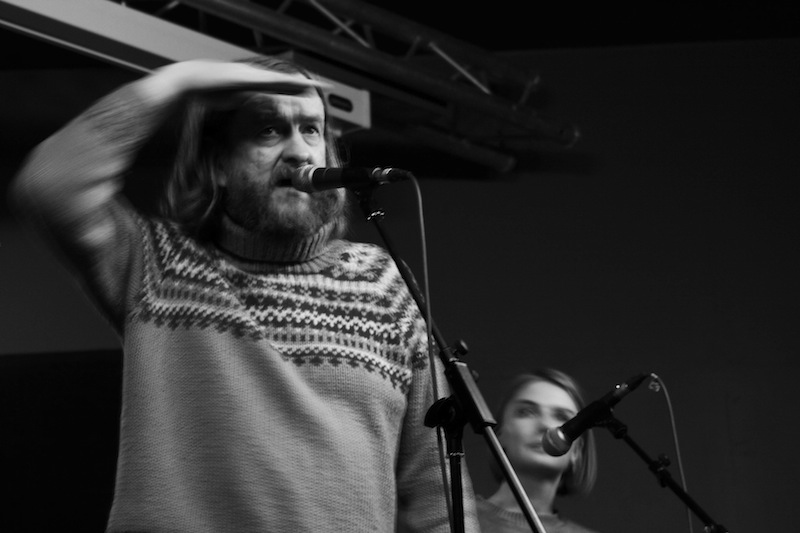 He formed BMX Bandits with Norman Blake (Teenage Fanclub) back in 1986, saw Kurt Cobain wear a ‘Bandits’ t-shirt, has released over ten records since – including hit single Serious Drugs on Creation Records in 1994, and was the subject of a documentary released in 2013: Duglas T. Stewart. Having already recorded a session on my first visit to Glasgow in 2009, Stewart did us another favour by playing a set during our night at The Glad Cafe.

Stewart brought along his two friends Gabriel Telerman and Chloe Philip to perform with him.

(A small correction: in the video the title says the third song’s called ‘Save Our Souls’, which should obviously be ‘Save Our Smiles’.)

Make sure to visit our website again and again, because the remaining sessions from our night at The Glad Cafe will appear over the coming weeks. You’ll find the sessions that are published so far here.