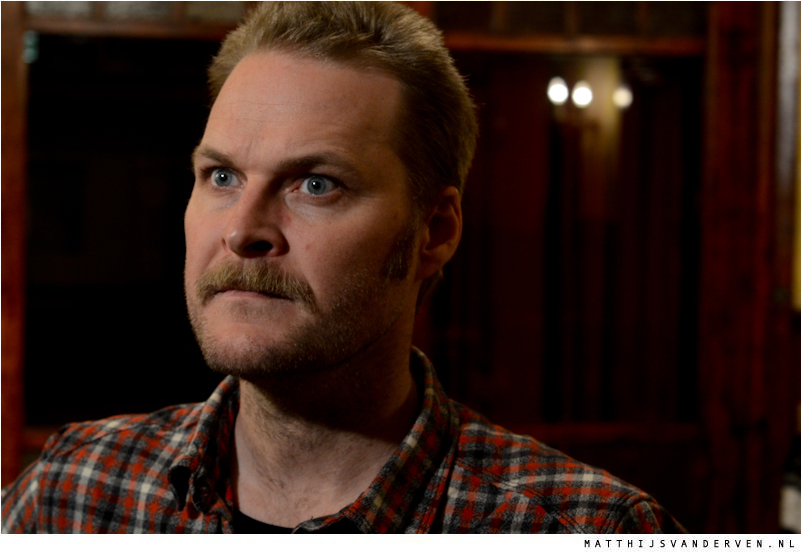 One of my more recent musical addictions, has been the music of Hiss Golden Messenger. Having released a lot of albums since 2008, it wasn’t until February this year that I witnessed him perform live. Before his show with Alasdair Roberts at the Roode Bioscoop in Amsterdam, MC Taylor played this session.

Hiss Golden Messenger is Taylor, the country singer from Durham, North Carolina, plus Scott Hirsch, the multi-instrumentalist and recordist from New York. They’ve worked together for ages, under different names, my favourite albums so far are Poor Moon (2012) and the latest record Haw (2013).

When we filmed this session in early February, Taylor just finished a string of shows playing the music of his friend, the late Jason Molina, with Magnolia Electric Co. It was a strange, but warm and loving experience, said Taylor, paying tribute to Molina, who died in 2013. It’s no surprise that one of his covers was a song by Molina, but his a cappella rendition of the traditional song One Morning In May and Van Morrison’s Into The Mystic are simply stunning.