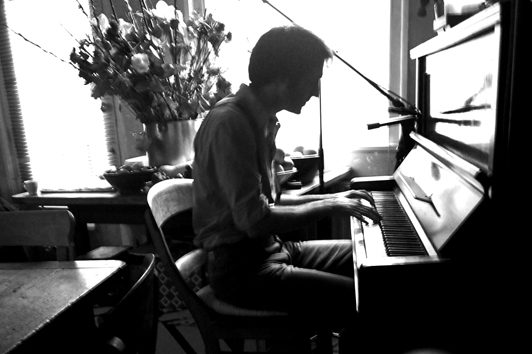 The very first thing I’ve ever filmed, besides my cats, parents or feet, was a concert by Storybox on ‘de Neude’ in Utrecht. Shaky hands, out of focus footage, but a good show nonetheless. Now, almost two years later, I’m publishing this session with Storybox-singer Helge Slikker. A session with a nice selection of songs, good performances and a beautiful setting.

Storybox’s debut ‘A Fool’s Attempt’ got raving reviews almost everywhere and their live shows did pretty much the same. And rightfully so, because Helge Slikker and his band had succesfully created their own sound and played with the right intentions; without any form of attitude. They made it hard not to like them.

Last week, their second album ‘You Can Be Replaced’ has hit the shelves. A more than interesting follow-up on the debut. Worth buying, if you ask me. But before you head out to the record store, watch these four covers and interview by and with Helge Slikker. He played Tim Hardin, Neil Young, The Kinks and Bob Dylan inside the beautiful house of Edwin Severijn.

A Reason To Believe (Tim Hardin)

Don’t Let It Bring You Down (Neil Young)

It Ain’t Me Babe (Bob Dylan)