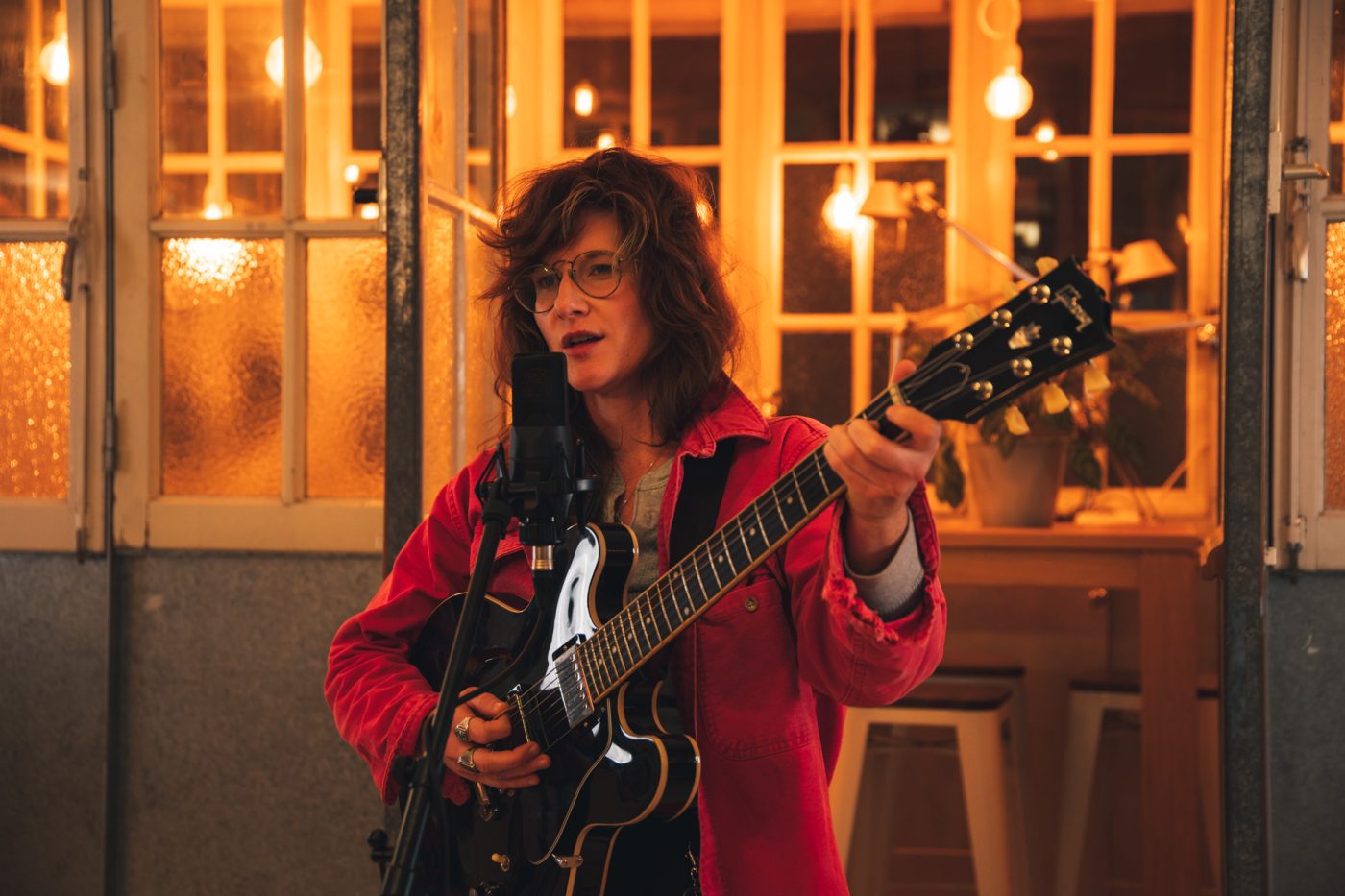 “I never want to leave this world, without saying I love you.” As soon as those first lines of Space And Time, the opening song of S.G. Goodman’s debut album Old Time Feeling hit my ears, I was completely sold. Two years later, in 2022, Goodman released Teeth Marks and solidified her place in my list of artists I listen to regularly. You can imagine my delight when she was added to the Take Root festival line up and we arranged a session in Groningen, in November 2022. She recorded the last session of the day, and stunned us with renditions of Space And Time and Chad VanGaalen’s Rabid Bits Of Time and an a capella cover of Florence Reece’s Which Side Are You On?

While we were still processing the experience of hearing Goodman sing this a capella version of Which Side Are You On? right in front of us, she tells us a bit about the song. “Those last two verses of that song I wrote, but it’s a cover. Which Side Are You On? is an old protest song from the thirties. Florence Reece is from Kentucky like I am. Pete Seeger and Bob Dylan did that song, and people think that’s them. But it’s not, it’s a woman from Kentucky whose husband was a union man in the coal mining days. They tried to kill him, and they terrorized her house, looking for her husband. There was an old calendar on the wall, and she took that off and wrote that song.”

“You might see a lot of fake cowboys here today, but I’m the only farmer’s daughter you’ll see.”

In a couple of weeks, S.G. Goodman and her ‘rock and roll’ band will start off on a tour of the United States, that will – for now – end at Red Rocks Amphitheater in Colorado late September. If this session and her solo set later that night tells us anything, it’s that you’re going to want to see her play wherever is feasible for you. Goodman was on fire, allergies be damned. It was a miracle she could even sing through the smoke machine that was applied a wee bit over-enthusiastically, but in TakeRoot’s basement venue she captivated every single soul in attendance. It’s not just that brilliant voice, which really is brilliant mind you, but the combination of Goodman’s songs, voice, delivery and humor that will leave you speechless. Everything about her is real. One example of that wit on stage? “You might see a lot of fake cowboys here today, but I’m the only farmer’s daughter you’ll see.”

One of the greatest pleasures of these past years, has been my collaboration with TakeRoot festival. Their crew is one of the most welcoming and easy-going bunch I’ve encountered and the 2022 edition was no different. Thank you to Joey, Arne and everyone involved. With the help of my friend Davie Lawson – who flew in from Kilkenny, Ireland – I filmed four sessions in the office of Eurosonic Noorderslag. All of these will appear on this website at some point in time. There are also still some sessions from earlier editions to come. So keep an eye out for all of those.

Which Side Are You On? (Florence Reece)
Tidal | Apple Music