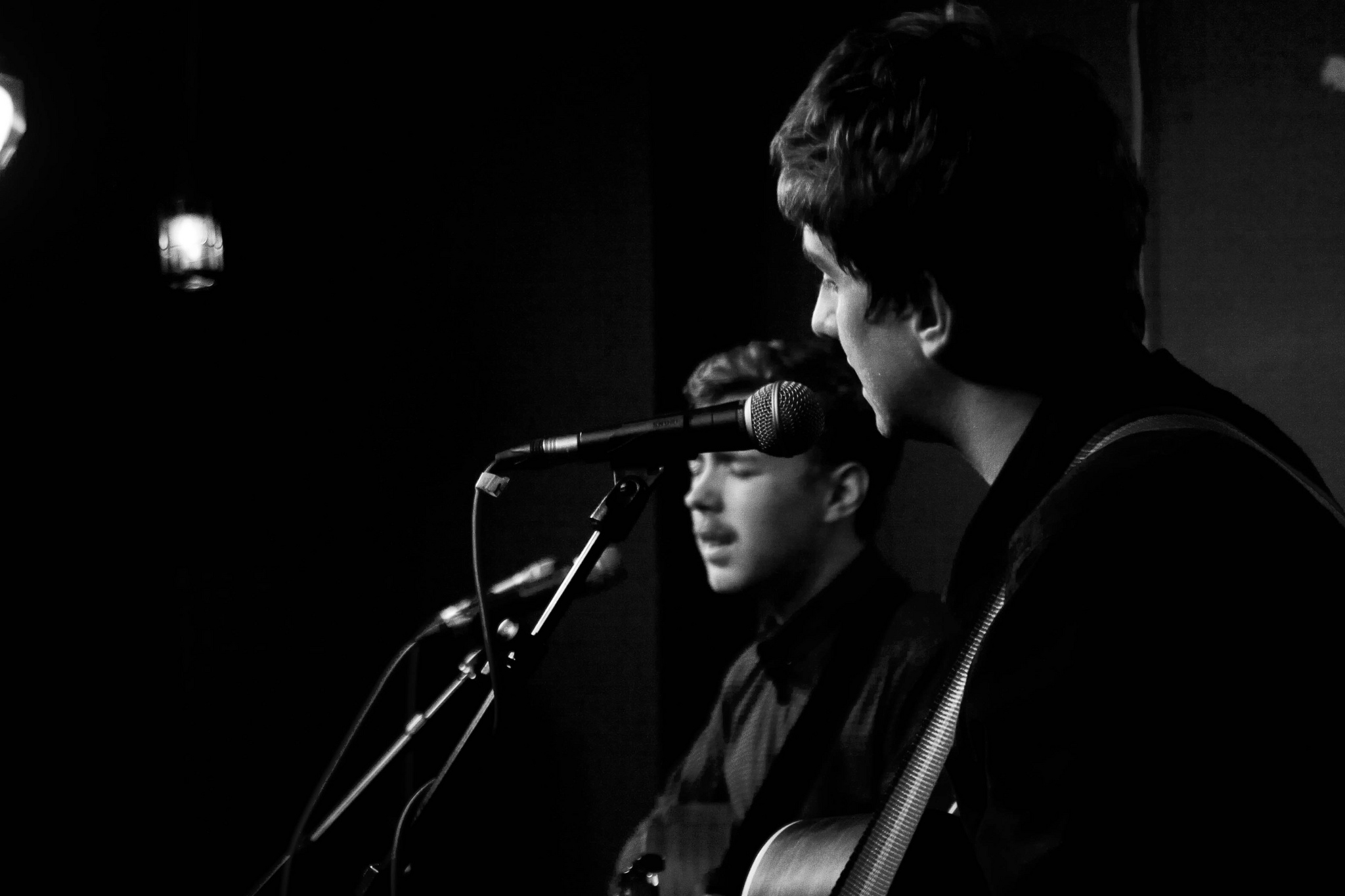 Last night at Paradiso in Amsterdam, I saw Ryan Adams play live for the first time. Somehow I never got to see him before, although I’m a big fan of his music. The many covers that my Scottish friend Ryan Joseph Burns did of Adams’ songs, made me play his records over and over again even more. But, more importantly, Burns shows his talent and artistic progress every time he picks up his guitar and starts singing. I’ve filmed many sessions with him over the last few years and he never fails to astonish me.

I don’t think it was a surprise that Ryan Joseph Burns was on the bill of Onder Invloed’s The Influences night at The Glad Cafe in Glasgow, in November 2013. It was a surprise that he was joined on stage by Tommy Reilly for two songs. The two songwriters have been working together, writing one song after another, next to their respective solo work.

It’s a shame that Scotland didn’t choose become an independent country this week, but let’s celebrate all the beauty that comes from this great country. Why not start with this session that taught me a new song called She Thinks I Still Care by George Jones and also features the traditional Fare Thee Well (Dink’s Song) which was made famous by a lot of artists including Bob Dylan, Dave van Ronk, Pete Seeger and Jeff Buckley, and more recently was featured in the soundtrack of the Coen Brothers movie Inside Llewyn Davis.

In the meantime Burns is busy in Glasgow, still working on his debut release. Let’s hope it’ll be finished and released soon, and that it’ll get (if only a small amount of) the appreciation that songwriters like Adams have received over the years.

Make sure to visit our website again and again, because the two remaining sessions from our night at The Glad Cafe will appear over the coming weeks. You’ll find all the published sessions here.