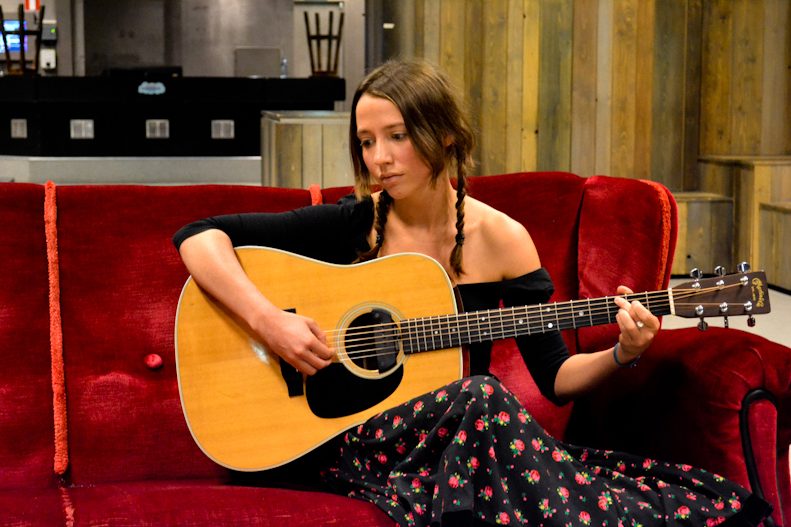 On the same day I filmed Parker Ainsworth‘s session at the old Tivoli Spiegelbar in Utrecht, Hanna Leess – who was touring with him – also played a session. Lucky me. It was beautiful. Leess is a versatile musician, writing music from folk songs to electronic tracks. For this session she focused on the first.

Leess recently relocated from California to Berlin in Germany, where she is working on her debut record. I for one, am very much looking forward to that release. Luckily for us, she has songs on her Soundcloud, and covers of Dylan and Fairport Convention and her original song Wash It Away in this session to listen to in the meantime.

Who Knows Where The Time Goes (Fairport Convention)

Wash It Away – Feat. Parker Ainsworth