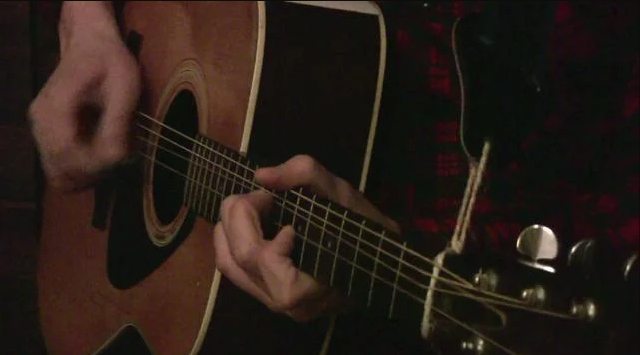 When I first saw the poster for the temporary band The Group, formed around the release of the book ‘Vreeland’ by Jerry Goossens, I was most of all wondering why Maurits Westerik or Anne Soldaat – who were both playing guitar – weren’t doing lead vocals. So when I got to dB’s in Utrecht, I couldn’t wait to hear Ronald Visser sing. And he didn’t disappoint me.

We spoke a couple of times later that night, both a bit under the influence, and made a deal to record this sessions. Months later, we spoke again and actually planned a date to film the covers. We filmed it in the livingroom of Joris Reijn, who also recorded the audio.

There’s no easier way to record a session than to just set up the cameras and microphones and film a couple of one takes. That’s exactly what we did in the appartment next to the Oudegracht canal. Ronald Visser is the lead singer of his band The Faraways.

Ronald Visser – She Won’t Let Me Fly Away – John Denver