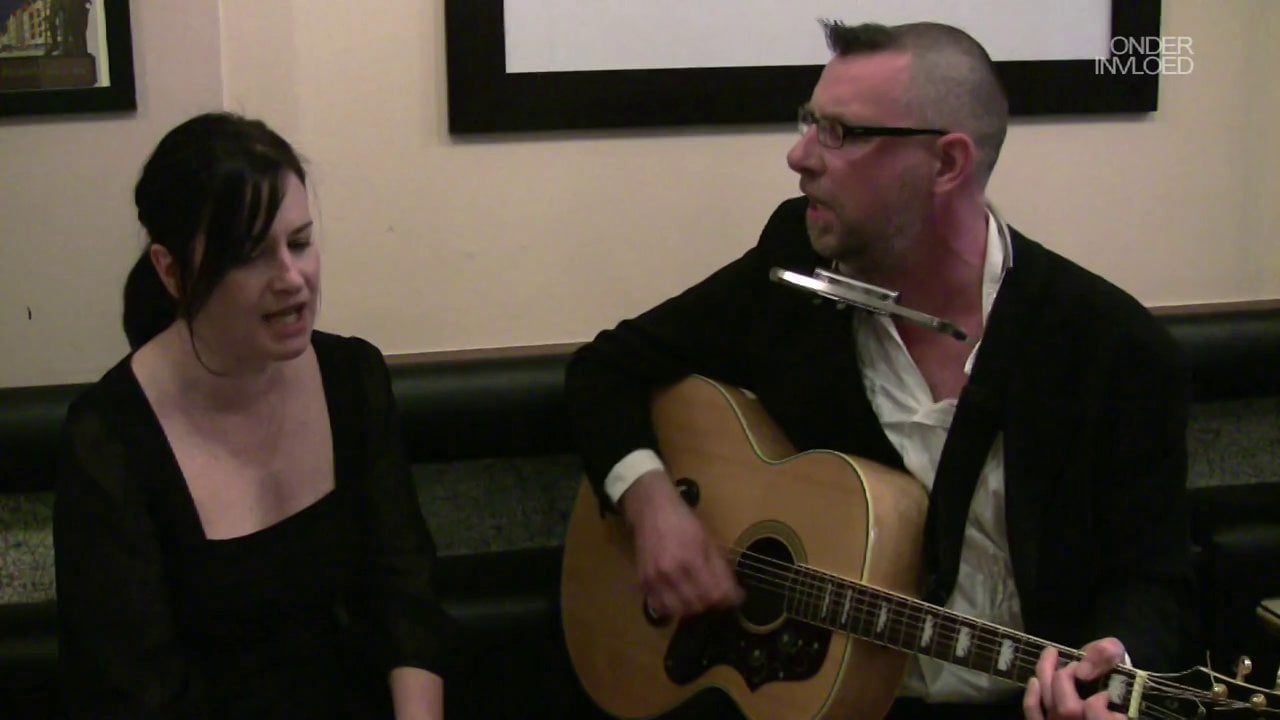 Every once in a while, you enter a room to meet people you’ve never met and you have absolutely no clue what to expect from it. It happened to me in Glasgow, when we’re going to record this session with The Dirt. Davie Lawson set it up; and we enjoyed every minute of it. The Dirt played covers of The Carter Family, Neil Young and Violent Femmes.

I have to admit, and I think I said it to them also, it was a funny sight at first, or remarkable at the least; walking into the Trans Europe Cafe, where the interiors are made of old bus seats and other parts. Him being a tall semi-bold man with the deepest voice I’ve probably ever heard, and her being a small cheery woman. It is probably these differences that make them a great combination in their group called The Dirt.

While filming the session, I thought this was going to be a session which you, yes you, will probably either love or hate. I still think that. The only thing I can tell you is that I like it very much and so does Ro Halfhide, who – I noticed – didn’t get the smile off his face for an hour while mixing and mastering the audio. So, love it, hate it, do whatever you want, but please first watch it.

The Dirt – Diamonds In The Rough – The Carter Family

The Dirt – Jesus Walking On The Water – Violent Femmes

All photos by Davie Lawson and Matthijs van der Ven.