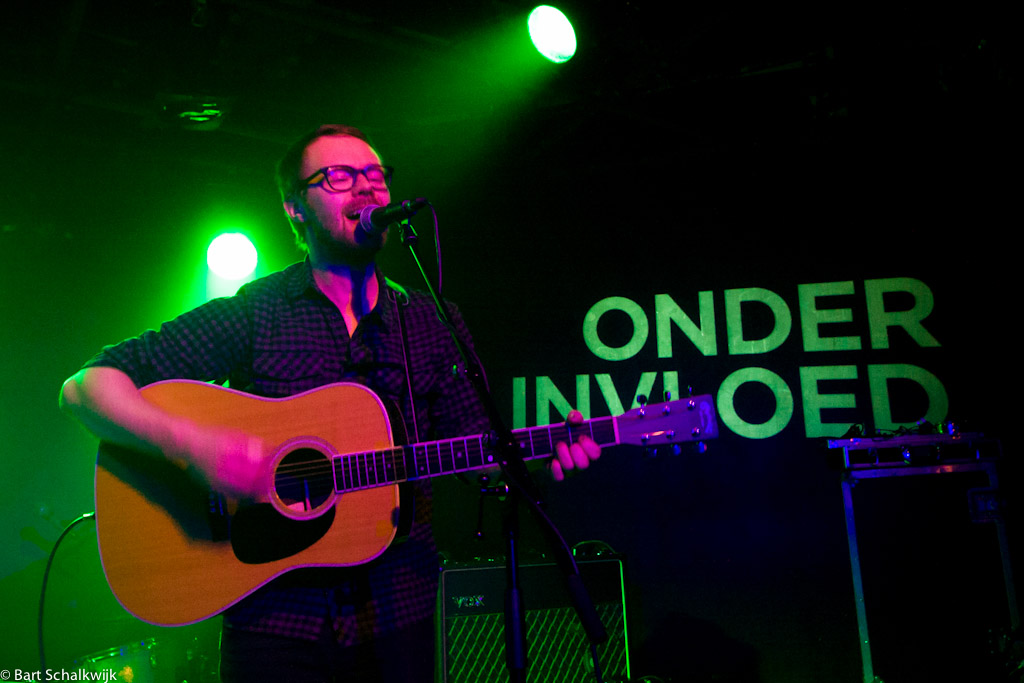 I wrote a raving review about the Moss debut album once, without knowing anyone of them. When I got to know the lead singer Marien Dorleijn, I asked him to record a session on his own. And what a session that turned out to be. Last April he played the Live show at UROCK Cafe in Utrecht, the videos are online now.

If you missed his show, you’re not out of luck yet. First there are these four videos – two covers and two own songs – and this Friday, there is the very first Onder Invloed Live night in Amsterdam at the venue called Winston. And Marien Dorleijn will be playing their as well. Please come and watch, you won’t be let down.

Later this month, the fantastic second Moss album ‘Never Be Scared, Don’t Be A Hero’ will be released on the Excelsior Recordings label. I will be filming a videoclip for the first single ‘I Like The Chemistry’ this weekend. That will find it’s way to OnderInvloed.com as will the biography I wrote for the album. For now, here are four great videos, including ‘Previously Unreleased’, which will most likely stay in my top ten of most beautiful songs ever for years to come.

Into Your Arms (The Lemonheads)