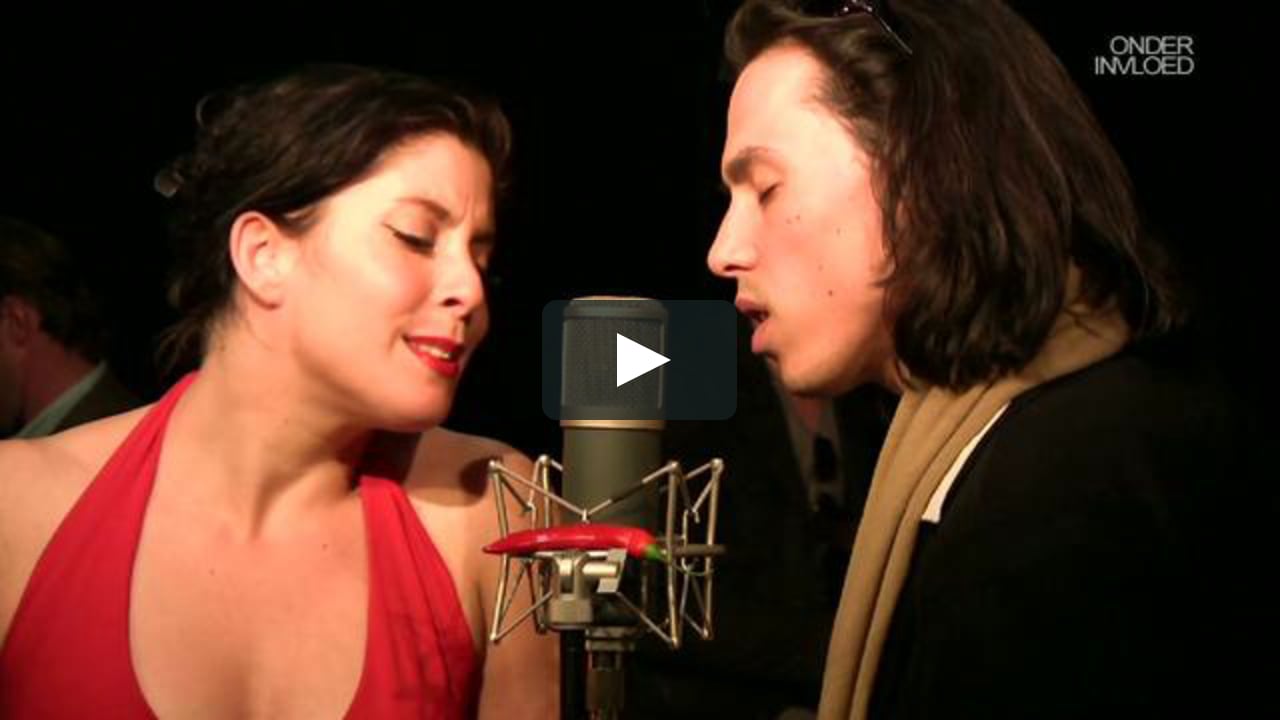 I didn’t know about Norman Kapoyos before Maarten Besseling from In A Cabin With handed me the album he and his Swinging Mood Orchestra – including GEM drummer Wouter Rentema – recorded for his project. Without a doubt a very musical collection of musicians. They covered Elvis, Queen and John Lennon.

With two drummers, members from The Sheer and GEM, two female singers and Rene van Barneveld from Urban Dance Squad, Kapoyos gathered a bold group of people who obviously love playing with eachother. Enthousiasm all around. Live on stage, but also during this session, which we recorded during an afternoon at the SJU Jazzpodium venue in Utrecht.

Guessing about what he would cover, somehow I already marked Queen and Elvis in my little notebook. It must be the show aspect Kapoyos seems to pursue, which both Elvis and Freddie Mercury posessed in abundance. The audio for this session was kindly recorded and mixed by Jesse Beuker, also from the In A Cabin With project.