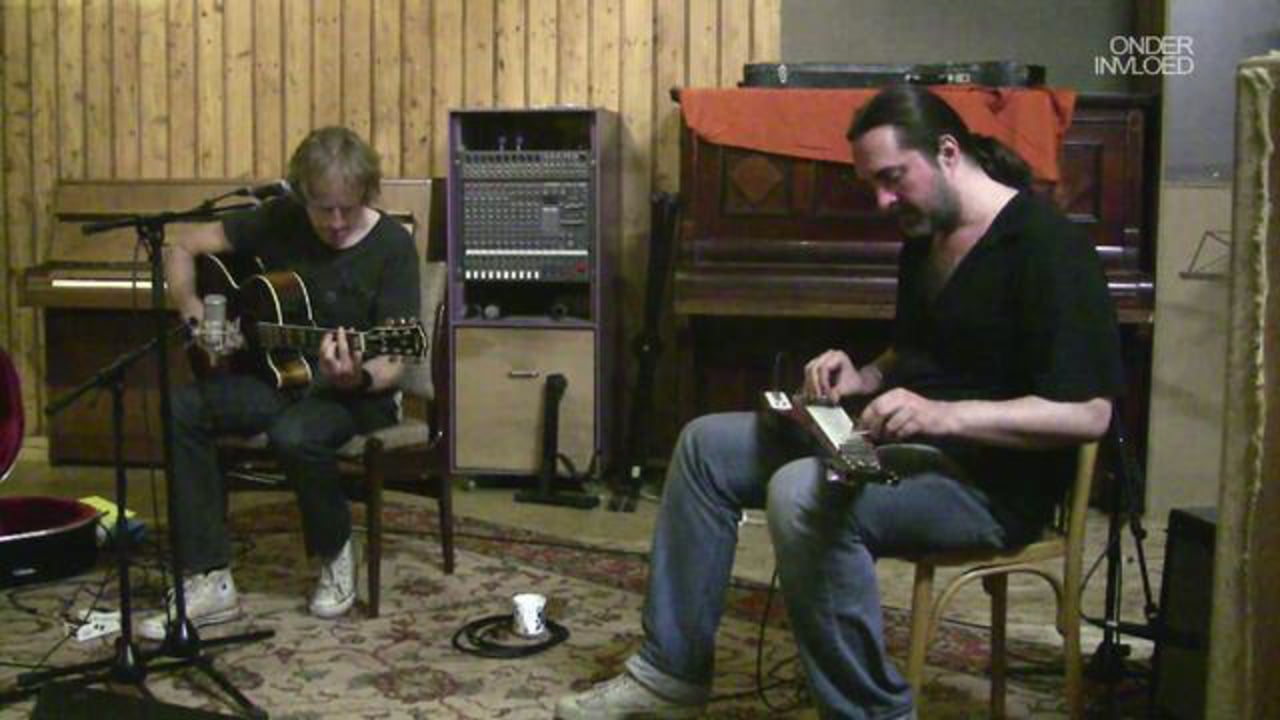 You might have seen him on all the big stages around The Netherlands as drummer of Moke and Paulusma. This Spring, he released his debut album ‘Unleash’, on which also Jelle Paulusma, Theo Sieben and Matthijs van Duijvenbode play. Rob and Jaromir Fernig recorded songs by Smashing Pumpkins, Will Oldham and Counting Crows.

I think it was June when I went to see Rob Klerkx play live at Cafe Skek in Amsterdam with some friends. He played a very long set at the bar where I recorded the double session with Ro Halfhide and M-JO earlier this year as well. Even thought he went on for a long time – especially for a show at a bar – we never got bored. And he covered Will Oldham’s song ‘I See A Darkness’, which Johnny Cash recorded on one of his American Recordings albums. Reason enough to ask him to record an Onder Invloed session.

And so he did. Down below you’ll find songs by Will Oldham, Smashing Pumpkins and Counting Crows, the audio is recorded by Maarten Tap from Kletter Recordings.

Rob Klerkx – I See A Darkness – Will Oldham

Rob Klerkx – In The Arms Of Sleep – Smashing Pumpkins

Thanks to:
Maarten Tap | Kletter Recordings