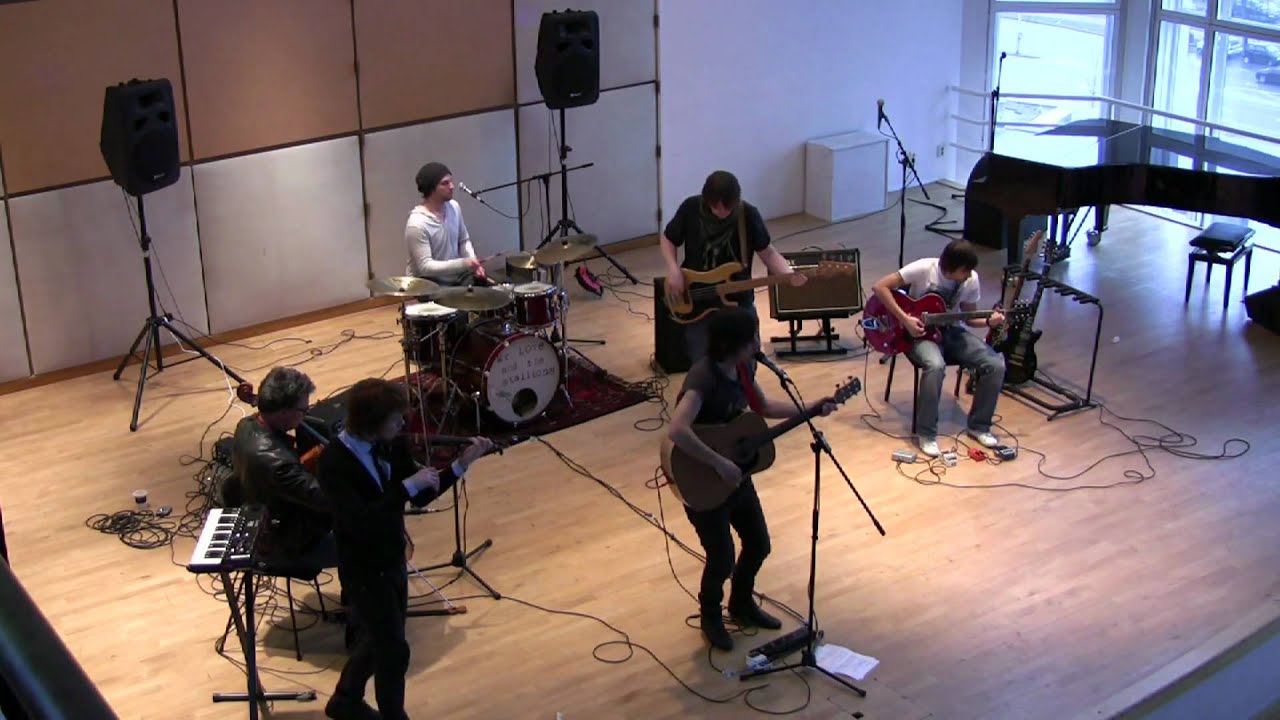 When I first saw Mr Love and the Stallions play live in Utrecht, a couple of years ago, I hated it for the first 20 minutes. The last 30 minutes however were great. Since then, they’ve grown up to be a more balanced live band, and are still as ambitious as ever. While working on their third album, they recorded this session at the music academy in Arnhem.

Debut album ‘Paris’ recieved positive reviews and the song ‘Love In Paris‘ even became a modest underground hit. Their second album ‘Cruel Art Of Gossip’ was released in 2007 and the song ‘Fill Me Up’ reached the number one position in the charts of Dutch radio station Kink FM and was used in large Lipton Tea commercials.

Listening to Mr Love and the Stallions, the influence of bands like dEUS on one side and The Libertines on the other is rather obvious. And as I wrote earlier; even the live performances have shown similarities with dEUS, which is also a band which, in the past, was said to be rather changeable on stage. The Belgian rock band are now a very solid live act, and Mr Love and the Stallions seems to be heading in the same direction.

For this session, they managed to get a beautiful venue at the Conservatory in Arnhem for the afternoon, where we filmed three songs by Flip Kowlier, Velvet Underground and The Libertines.

What A Waster (The Libertines)