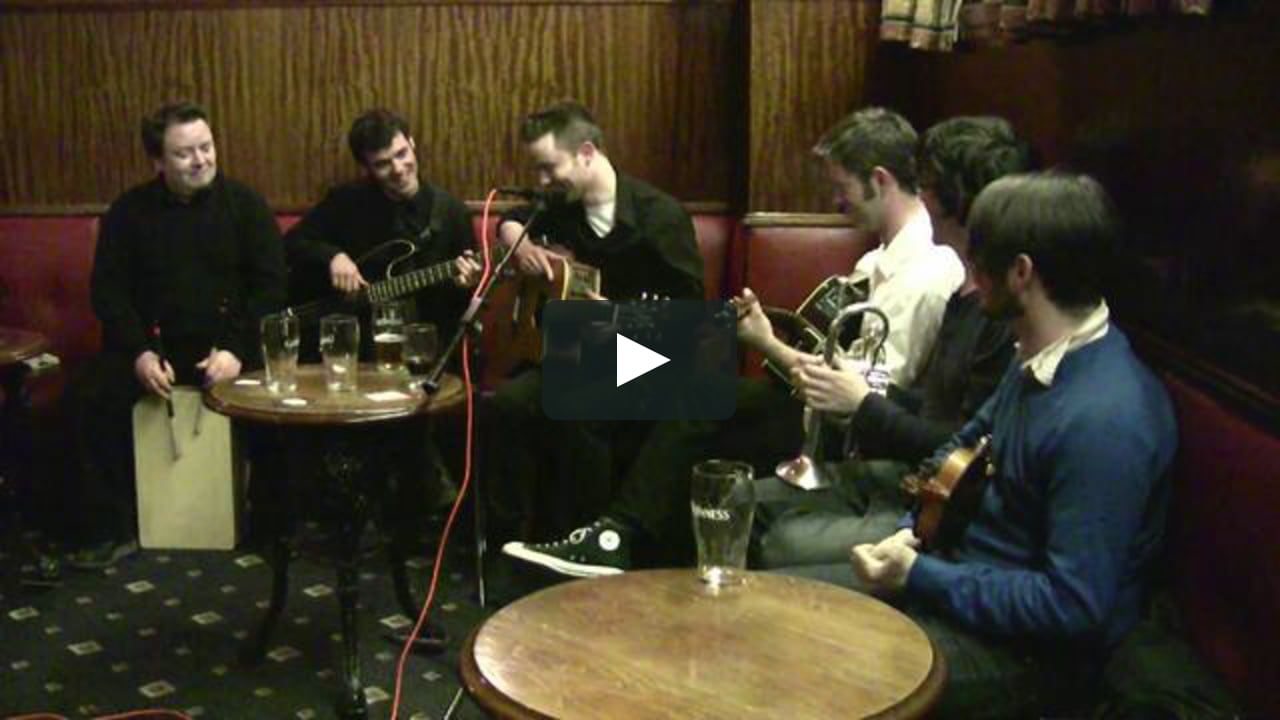 I remember the night in Glasgow as if it happened only yesterday. A pub called The Laurieston Bar locked us in together with The Starlets. Ro Halfhide and I already had a great day, which was soon to become magical. That really is the only appropriate word for this session. Beautiful songs by my favourite of the bands I got to know this year.

We had a busy day, that Thursday. First we went to Stowe College, the local music college with it’s own record label that released the debut albums of both Belle and Sebastian and Snow Patrol. After filming a album release show somewhere else in the city that night, Paul Tasker (Doghouse Roses), Ro and I headed off to The Laurieston Bar, to meet up with Iona MacDonald (Doghouse Roses), Davie Lawson and The Starlets.

We already met some of the bandmembers the night before at an open mic in the Halt Bar. Singer Biff Smith is an interesting man. He seems shy, talks softly and almost only looks up when he’s making a joke. Something he’s really good at. By now, I can’t imagine any Starlets song being sung by another singer; somehow his voice, with a lot of air in it, suits the music perfectly. It’s as subtle as any note in most of their songs.

In the movie ‘Young Adam’, featuring Ewan McGregor, there’s a scene that’s filmed in the same bar, on exactly the same spot as we filmed The Starlets. Brilliant covers. By the time the session – which was filmed in the presence of three cheery elderly people – ended at 01.30h. After having Guinness and some other beers we went home around 3 o’clock and Paul and I went out again to get some kebab.

Basically, we had a really good night in every way; great fun, good beers and a wonderful session. You won’t be surprised that I am extremely glad to announce that I’m organising a mini tour in The Netherlands for The Starlets next October. Make sure you don’t miss that, and believe me, after watching these videos you will be there. Next to their two covers of Big Star and The Go-Betweens, I can recommend you watching their own song ‘Marie-Claire’.

Also take a look at these photos Davie and I made.

The Devil’s Eye (The Go-Betweens)

Audio by Ro Halfhide.
Thanks to The Laurieston Bar.