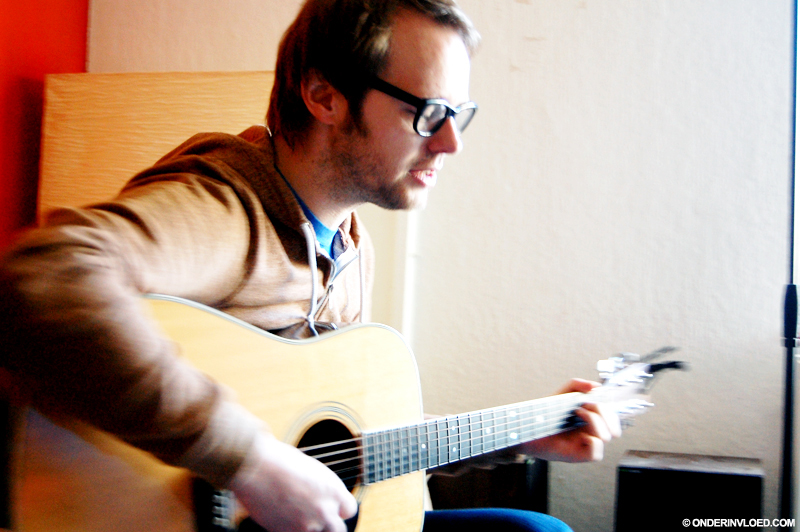 Marien Dorleijn is a songwriter and singer of the band Moss, one of Holland’s best kept secrets. I already loved the first album ‘The Long Way Back’ and from what Dorleijn’s played to me so far; the second album’s going to be even better. But first here’s his session with covers of Elliott Smith, Panda Bear and Bettie Serveert!

Last month, Dorleijn played the Onder Invloed Live show in U Rock! Cafe, in Utrecht, and he managed to keep everyone on the edge of their seats. Not that there were any seats, but still. He played some of the songs he recorded earlier this year during his session, in a basement somewhere in Utrecht.

A funny detail is, he recorded the song ‘Heaven’ by Bettie Serveert, one of Holland’s biggest alternative bands; which also did a session last year. That’s not really strange, it was bound to happen some time, but the funny thing is: Bettie Serveert has recorded Dorleijn’s extremely beautiful song ‘Previously Unreleased’ for their next album. I’ll try to get them to play this song in front of my cameras one day.

Dorleijn is currently mixing the second Moss album and there are plans for a solo-album. The songwriter in him is apparently unstoppable. Watch him honour his influences in the videos below.

Between The Bars (Elliott Smith)