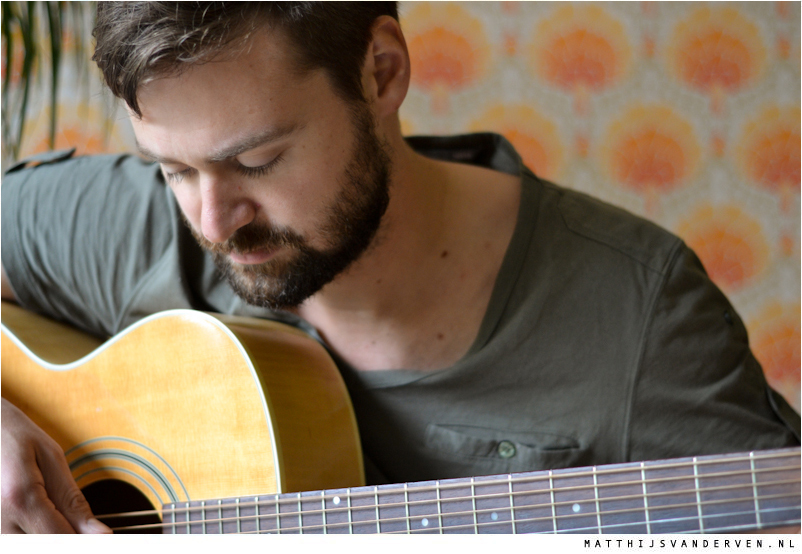 I met this guy at a local radio station where he played some songs. It was his voice I liked. And so, a couple of weeks later Lukas Batteau recorded the first ever Onder Invloed session in his apartment. In honor of five years of filming sessions, we recorded another session, at the exact same spot in the same house. One of the songs is the same, the other is new.

A lot has happened in the meantime, for me and Batteau. He released an EP and toured a lot. Wanting to create a bigger sound, he formed a band called Yen Harley, released an album, but he still wasn’t really happy in the end. So he went and took the solo route again, released an EP in 2012 and now – finally – has his solo debut album Wasteland ready to be released. The first single of the album, Dance For The Dead, is out today. Batteau feels he has finally reached the sound he was dreaming of five years ago.

Like in 2008, Batteau covered U2’s Love Is Blindness, on my request. I’m glad to say his voice is even richer than it was back then. Please feel free to compare the versions yourself. As a bonus, he covered Angeles by the amazing Elliott Smith as well.

It was great recording this session, and looking back at the last five years for a little while. After this, I’ll be looking forward again, to more great sessions after the summer and to publish two more sessions that are already recorded but not yet edited. Enjoy.