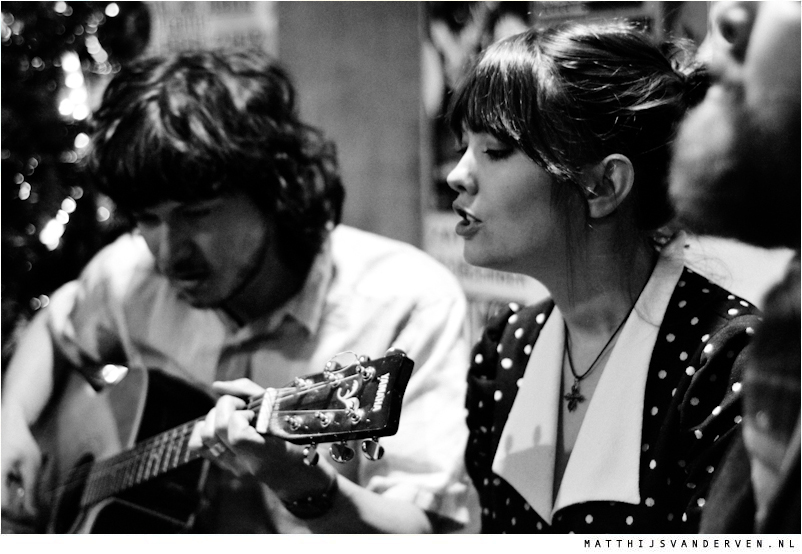 If I’m completely honest, I didn’t know Alabama duo Dead Fingers for long when I heard they were going to be touring in The Netherlands this Spring. I knew enough to decide I wanted to film them though. Less than a week later, I met Taylor Hollingsworth and Kate Taylor in Leiden.

Hollingsworth has released solo albums and both of them have played with Conor Oberst And The Mystic Valley Band. Kate Taylor also toured with her sister Maria. The married couple released the first – self titled – Dead Fingers album in 2012, which has become one of my personal favorite discoveries of this year. Their combined vocals simply work very well, and Hollingsworth’s guitar skills are something else.

Me And Julio Down By The Schoolyard (Paul Simon, Paul Simon, 1972)
YouTube | iTunes | Spotify