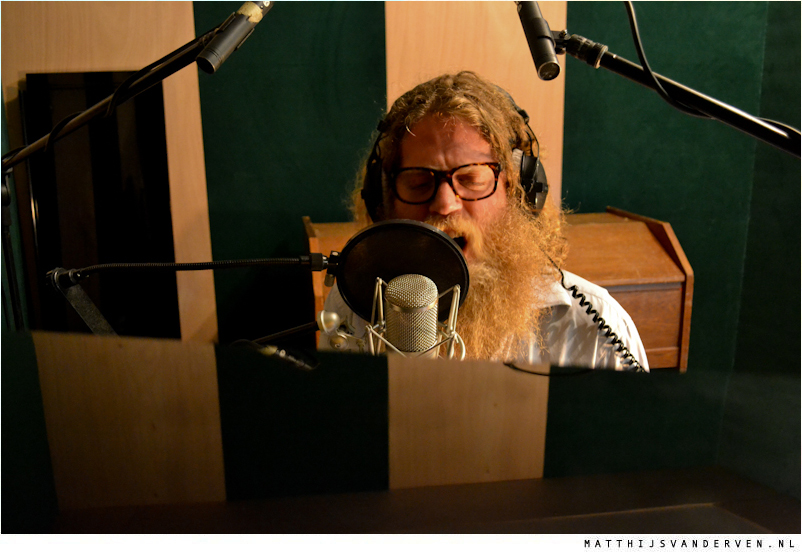 The first time I met Ben Caplan, I was seated about two meters from his piano and obviously wasn’t acquainted with the volume of his voice yet. It was Record Store Day 2012 and we were at book and record store De Drvkkery in Middelburg. Since then, Caplan has been doing well in The Netherlands and the rest of the world for that matter. Last month he made time to record a session at the infamous Mailmen studios.

A big thank you to Martijn Groeneveld of Mailmen Studios who changed his festival plans for that afternoon to record this session. Caplan is supported on violin by Donald MacLennan.